As you may have seen, I recently wrote an article on Truman Bethurum's controversial, alleged encounters in the early 1950s with a hot babe from another world. Her name: Aura Rhanes. I suggested in the article that Bethurum's encounters may have been caused by hypnagogia. Of this particular phenomenon, healthline.com state: "If you think you’re seeing — or smelling, hearing, tasting, or feeling — things when you’re asleep, you may not be dreaming. It’s possible you’re experiencing hypnagogic hallucinations. These can occur in the consciousness state between waking and sleeping." It's a fact that a lack of sleep - and disturbed sleep patterns, such as shift-work - can provoke vivid hypnagogic states. A good argument can be made that Truman Bethurum's experiences occurred when he was in just such a state.

There are other cases which may be explainable by hypnagogia. One of them occurred back in 1947 and is recorded in now-declassified FBI files (which can be accessed at the UFO section of the FBI's website, The Vault). It was in the second week of July 1949 that an intriguing story caught the attention of the FBI. The story was given to the Bureau by a broadcaster and journalist, Walter Winchell. He told the FBI that he had received a UFO-themed letter from a "Mr. Jones" of Los Angeles, California. According to Jones, the encounter had occurred two years earlier, in 1947. Why Jones waited so long to tell his story, we don't know. But, let's see what the FBI had to say about this particular case of the flying saucer kind. 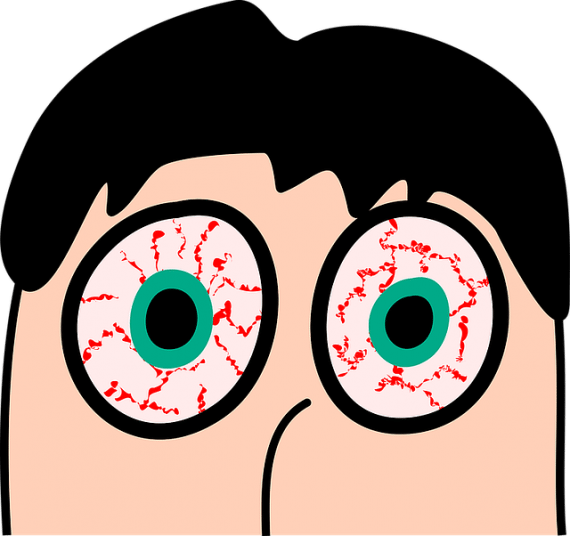 The now-declassified documentation states: "In this letter, Jones stated that in August of 1947 he left Los Angeles for the mountains and started hiking through the mountains. About 10:00 a.m. he was laying on the ground when he observed about one-half block away from him a large, silver, metal object, greenish in color, shaped like a child’s top and about the size of the balloons used at Country Fairs."

The FBI added: "[Jones] stated that there appeared to be two windows in the object and portions of metal appeared transparent and that he gained the impression that there was some life within this object although he saw no persons. The object appeared as though sealed as a pressure chamber. He stood up and waved toward this object and this so-called flying saucer was off the ground in a second, knocking Jones to the ground. In its flight he stated that its power was silent and he raised the question as to whether this was an inter-global landing on our planet. He thought that it might be a device to land on our planet because the occupants of another planet had become curious as to the reaction caused by the atomic bomb causing trouble in an expanding universe. He asked the question as to whether it was possible that the occupants of another planet might have solved the theory of negative energy."

This is all very interesting, as much of what Jones had to say - about issues concerning "the reaction caused by the atomic bomb" - mirrored what many of the UFO "Contactees" began to talk about from the early 1950s onward. It should be noted, though, that by Jones' admission, when he encountered the UFO he was "laying on the ground," and specifically after taking a hike. In light of that, it's highly possible that Jones, after a long trek, had fallen asleep and entered a graphic, hypnagogic state. Now, let's move onto a famous case from the 1960s.

It was in the early hours of December 3, 1967 that a police-officer named Herbert Schirmer had an extraordinary encounter at Ashland, Nebraska. While on patrol, Schirmer came across what, at first, he thought was a broken-down truck at the edge of the road. It was not. What Schirmer saw - when his headlights lit up the object - was an egg-shaped craft floating a couple of meters above the ground and giving off a red glow.

There followed a face-to-face encounter with a trio of human-like entities that were around five-feet in height, maybe slightly smaller. Schirmer was quickly taken on-board - although not by force. Indeed, he was invited to take a tour of the craft from another world. There was also the matter of what has become known in Ufology as "missing time." According to Schirmer, although he believed he was only in the vehicle for around ten minutes, when he later checked he realized that around an hour of time couldn't be accounted for.

It sounds like a classic UFO encounter. And, maybe, that's exactly what it was. On the other hand, there is the not insignificant fact that by his own admission Schirmer often had sleep disturbances, as do many people who work shifts - as Schirmer did. In the early hours and just before dropping off to sleep Schirmer would hear strange noises - and on more than a few occasions. On other occasions he even found he had his hands around his wife's throat. Thankfully, no harm was done. Sleep disturbances, strange sounds, working irregular hours, and even extreme and violent activity are all part of hypnagogia - which can affect people to significantly varying degrees.

Now, I should stress that I don't think hypnagogia is the cause of all close encounters. To even try and claim such a thing would be ridiculous. And, it would be unwarranted, too. But, where there is a clear and specific connection to a sleep-related condition that can provoke vivid imagery, and even voices, I think we would do well to focus far more on the mysteries of the mind, and far less on the mysteries of outer space.