Over the years UFOs have had various names, depending on the era and the description of the craft. In the latter part of the 19th century there were the "Phantom Airships." During the Second World War pilots encountered what became known as "Foo Fighters." In 1946 the skies of Scandinavia were filled with reports of "Ghost Rockets." In the summer of 1947 the terms "Flying Saucer" and "Flying Disc" were both used. Today, people talk about the "Flying Triangles."

Yes, "Foo Fighter" was the primary term used to describe what was seen during the Second World War. But, the term "Disc" was also used during the hostilities with the Nazis. I mentioned this to a certain UFO researcher recently and who practically had a shit fit. I was wrong, he assured me, stating that when it comes to unidentified "things" in the sky, the word "Disc" was not used until 1947. Actually, that's wrong, as I pointed out. Granted, many people - even within Ufology - may not know just how widely "Disc" was used during the Second World War. I'll share two examples with you; two of many.

From the latter part of the Second World War (the exact date is missing) comes the following from the in-house newsletter of the British Royal Air Force's, 115 Squadron: "Under this heading there occur from time to time reports of weird and wonderful apparitions seen during our (and the American) attacks on Germany. We have asked our local Inner Circle bloke to comment on the latest species of wizardry. Here is his story...believe it or not."

The document continues in slightly humorous fashion: "On the 11th December the Yanks paid one of their daylight visits to Emden. Visibility was good and the weather clear. An unidentified object was seen in the target area. It was about the size of a Thunderbolt and passed 50 - 75 yards beneath the formation. It flew straight and level (No chaps it was not a Lanc. gone mad...) at a terrific speed, leaving a streak like a vapour trail which remained visible for a long time. The object passed so quickly that the observer could not determine it more accurately. 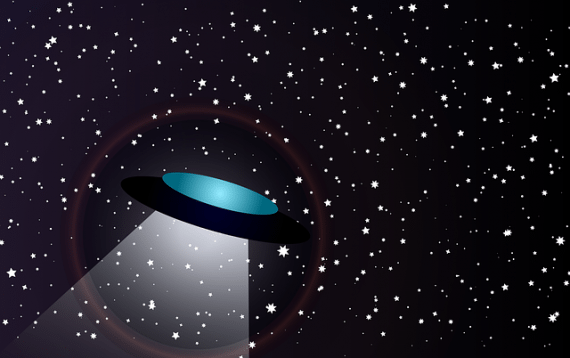 Finally, there is this, also from the same document: "Suggestions will be welcome...serious ones...as to what this Loch Ness Monster of Emden might have been. (Prize... one year's free issue of this News Sheet...if the publication survives as long.) Another of the attacking aircraft was hit by a length of wire which bit deeply into the nose. Twenty feet were coiled around the nose and something caused the bomb door to open. The wire may have been towed behind a fighter which had just made an attack upon the bomber; some form of explosive charge or weight may have been attached to a parachute fired from a rocket projectile, though no parachute was seen. An examination of the wire is taking place and it is hoped that this will shed some light on the occurrence. In another attack, this time on Bremen, there were many reports of 'silver and red discs above the formations [italics mine].' These have been seen before but up to now no-one has been able to decide their purpose. Suggestions please."

Then, there is a document dispatched to a Colonel Kingman Douglas, to Wing-Commander Smith of Royal Air Force Intelligence, and to a Wing-Commander Heath of the British Air Ministry.  We're told:

"Annexe to intelligence report mission Schweinfurt 16 October 1943. 306 Group report a partially unexploded 20mm shell embedded above the panel in the cockpit of A/C number 412 bearing the following figures, 19K43. The Group Ordinance Officer believes the steel composing the shell is of inferior grade. 348th Group reports a cluster of discs [italics mine] observed in the path of the  formation near Schweinfurt, at the time there are no E/A [Authors note: Enemy Aircraft] above.  Discs were described [again, italics mine]as silver coloured – one inch thick and three inches in diameter. They were gliding slowly down in very uniform cluster. A/C 026 was unable to avoid  them and his right wing went directly through the cluster with absolutely no effect on engines or plane’s surface. One of the discs [again...] was heard striking tail assembly but no explosion was heard. About twenty feet from these discs [and one more] a mass of black debris of varying sizes in clusters of 3 by 4 feet. Also observed 2 other A/C flying through silver discs with no apparent damage. Observed discs [final one] and debris 2 other times but could not determine where it came from." 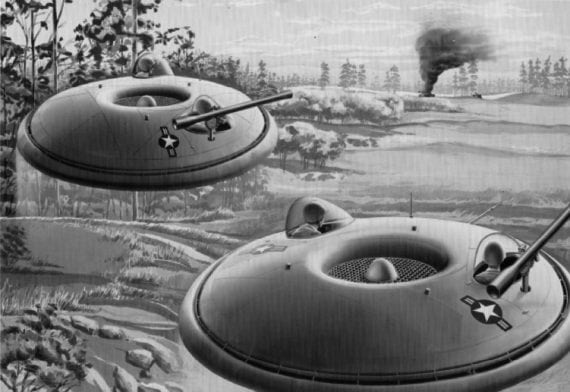 These are just two examples of many from the Second World War - and declassified by the British Government - which refer to UFOs as "Discs" several years before the term "Flying Disc" was created in 1947. In some of the declassified wartime files, the "Discs" were described as being mere inches in size. On other occasions, though, pilots reported such "Discs" as being several feet in diameter - and in a few cases even bigger.

And, while we're still on the game of the name, it's worth noting that the words "Unidentified Flying Objects" were used as early as just two months after the Kenneth Arnold sighting of June 24, 1947. This was when the words "Flying Disc" and "Flying Saucer" were on the minds of many. The relevant document originated with the U.S. Air Transport Command's Weekly Intelligence Summary and is dated August 1947. It is titled "Flying Objects in Guam" and the text states, in part, "Unidentified flying objects [italics mine...once again...) have been observed by three enlisted men of the 147th Airways and Air Communications Service Squadron at Harmon Field, Guam."

You can find the document online at the UFO section of the FBI's website, The Vault.

Oxforddictionaries.com provides the following: "According to the Oxford English Dictionary, the term ‘unidentified flying object’ goes back at least to the 1950s: it is recorded in 1953, in a book by the US aviator and writer Donald Keyhoe. The OED also gives a citation in 1956 by Edward Ruppelt, an officer in the USAF, stating that he’d invented the term as a more general one to replace the earlier description for such objects, flying saucer."

The dictionary is wrong (as was Ruppelt), as the Guam document of August 1947 demonstrates.

FAA Releases Recordings of Airliners’ Encounter with UFO Over Arizona