It’s rare to see a UFO. It’s more than doubly rare to see two UFOs at the same time, especially if they seem to be flying in tight formation. It’s extremely rare for the event to occur in the daytime, be seen by multiple witnesses and get caught on video. Now that we have those odds set, what are the odds that two UFOs in tight formation apparently flying past a rescue helicopter in France are alien spacecrafts?

A photograph of the incident has come to light after being included in the recently published book, “UFO Photos: Computer Analysis Of Worldwide UFO Images Through The Decades” by Jason Gleave, who says he is ex-Royal Air Force, British Aerospace Airbus Division, with expertise in civilian and military aircraft, experience in computer analysis and an avowed UFO researcher. The photograph is a capture from a video of a 2014 rescue of the crew on the Luno, a cargo ship carrying fertilizer that crashed into a seawall at Anglet on the southwestern coast of France. In his capacity as author and UFO researcher, Gleave had this to say after reviewing the video (seen here) taken by local media covering the rescue operation:

“Upon analyzing the footage, the twin objects pass to the rear of the helicopter at high velocity and dangerously close. Other theories as to what they could be are possible drones or even birds, but unlikely drones because they would not normally operate in such a close dangerous proximity to the rescue helicopter, due to the volatile unpredictable weather conditions. Upon closer analysis of the video frames, the two objects stay together in flight, in a tight compact formation not deviating from each other.” 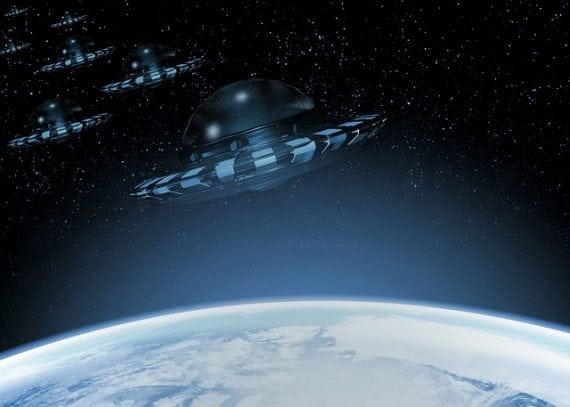 What else flies in tight formations? If you said “birds,” you’re our skeptic-of-the-day. Yes, the blurs don’t look anything like birds, but they really don’t look like anything else either – which means you can’t eliminate anything, despite the comments in various British media outlets by ufologist Nick Pope :

“Jason has been involved in researching and investigating UFOs and other mysteries (like many experts in this field, he uses the phrase ‘high strangeness events’ to describe a lot of this) for many years, but his particular area of expertise is imagery analysis. Jason has skill and experience in carefully examining photos and videos, sorting out the fact from the fiction.” 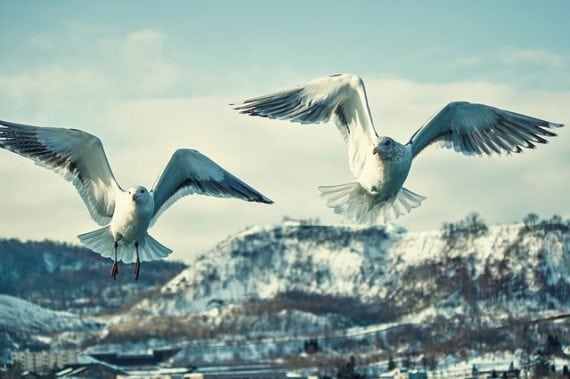 Yes, the twin UFOs were high, strange and events. So are appearances by Snoop Dogg. Unfortunately, that observation doesn’t bring us dangerously, or even safely, close to identifying them.