NASA Nukes vs. Russian Lasers in a Race to Blow Up Asteroids

“We’re from the government and we’re here to help protect you from asteroids and space debris.”

If that doesn’t make you feel better, this might ... or might not. As soon as NASA announced it plans to blow up dangerous incoming asteroids with a nuclear HAMMER, Russia countered with its own plan to destroy them with a giant laser beam. Meanwhile, a private company says it is developing a spacecraft armed with a giant harpoon that will shoot and haul in large and dangerous pieces of space debris. Would this work on an asteroid? When it comes to guarding us from space dangers, do we trust the public sector or the private sector. Or are we doomed either way? 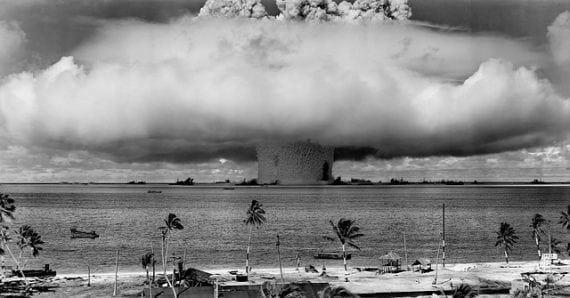 If it seems like there’s a monthly announcement that we just missed getting hit by an asteroid that no one saw coming, you’re not far off. While NASA and other space organizations are tracking many large Near Earth Objects (NEO), more are slipping through the telescopic cracks. And even if they know it’s coming straight at us, no one has demonstrated how they’re going to protect us, despite Hollywood’s best attempts to come up with good ideas starring Bruce Willis. NASA hears your concerns and recently presented a paper with the National Nuclear Security Administration on how it could nuke and destroy the 1,600-foot-wide asteroid Bennu, which is scheduled to become a Really Near and Maybe Direct Hit Object in 2135.

The nuclear asteroids beater will be called HAMMER (Hypervelocity Asteroid Mitigation Mission for Emergency Response) but it would be the asteroid doing the hammering. The plan, published in Acta Astronautica, is for launching a number of 9-meter-long nuclear projectiles into the space in front of Bennu but far enough away from Earth that we (well, our future we’s) are safe when Bennu crashes into the nukes and disintegrates. Just in case, the nukes can also be detonated from Earth. It’s expected to take 7.4 years from the “go” signal to the “goodbye Bennu” conclusion, so it’s a good thing we have time … unless another big asteroid shows up unexpectedly. 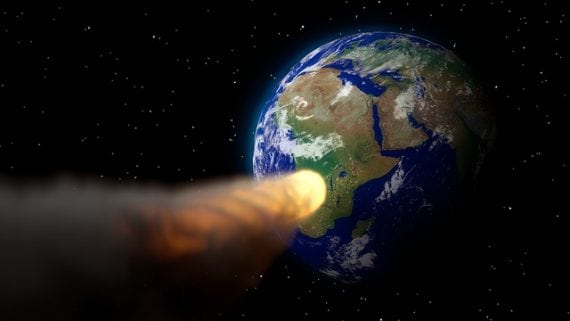 Fortunately, Russian scientists at ROSATOM (the Rosatom State Nuclear Energy Corporation) and MIPT (the Moscow Institute of Physics and Technology) are already blowing up asteroids with lasers. You probably haven’t seen huge flashes of light in the sky because so far they’ve only been able to destroy tiny (10 mm/.4 inch) model asteroids in a lab. Their paper, published this week in the Journal of Experimental and Theoretical Physics, describes how much laser power it would take to destroy a 200-meter-wide asteroid – that’s smaller than Bennu but ten times wider than the Chelyabinsk asteroid whose atmospheric explosion alone injured 1,000 people. A laser with the power of 3 megatons of TNT should do it. However, they don’t have anything near that yet. 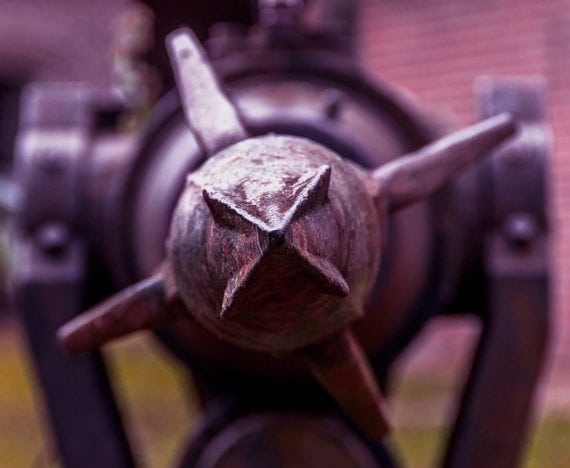 Maybe we need to talk to Airbus, which announced it is testing (at its space center in Stevenage - pictures here) a 3ft (95 cm) missile attached to a cable that can be fired from its mothership at 55 mph using 1,500 G of force to travel 100 feet and penetrate a chunk of space debris and then be reeled in with said debris attached. The tough part is figuring out where to hit the debris so the harpoon sticks. Airbus has a target in mind – the 8-ton Envisat weather satellite which stopped working in 2012. Another test is scheduled for later this year and this space harpoon could be ready soon after that.

Unfortunately, the harpoon is probably far too small for asteroids.

Computers Possessing Humans and Our Perception of AI