New Research Finds How Psilocybin Mushrooms Got Their Magic

Why are a few mushrooms ‘magic’ but the vast majority are not? If your nonsensical guess was “They’re smarter than the other mushrooms,” you’re surprisingly on the right track. Researchers studying the evolution of psychedelic mushrooms (nice work if you can get it) have discovered five genes that make them ‘magic’ and, in the process, determined why they evolved (it was actually to PREVENT them from being eaten) and how they passed the genes to a select few other non-related ‘shrooms.

The research was conducted at Ohio State University (new motto: “Bringing new meanings to higher education”) and led by Jason Slot, an assistant professor of fungal evolutionary genomics (in case you’re looking for what to major in). His team searched the pastures and woods and collected three species of psychedelic mushrooms along with non-hallucinogenic mushrooms for comparison (and probably for pizzas). They soon found a cluster of five genes that control psilocybin production. 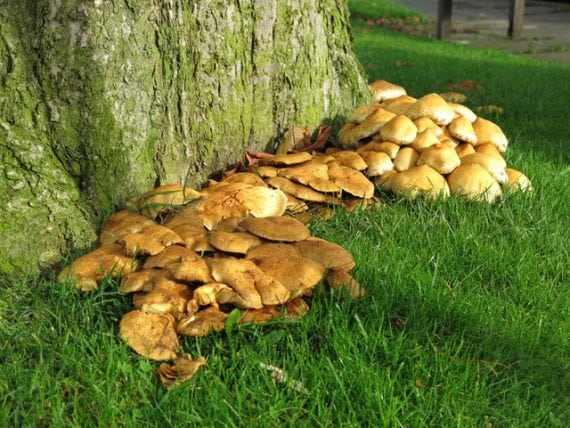 Not wanting to give up a great research project so quickly, Slot added to the team’s focus.

“But our main question is, ‘How did it evolve?’ What is the role of psilocybin in nature?”

For that, they went back to the source – manure – and studied the insects that also lived in and on the cow patties. What they found were a few tripping flies and grubs and a lot that weren’t eating the mushrooms.

“We speculate that mushrooms evolved to be hallucinogenic because it lowered the chances of the fungi getting eaten by insects. The psilocybin probably doesn’t just poison predators or taste bad. These mushrooms are altering the insects’ ‘mind’ – if they have minds – to meet their own needs.”

“If they have minds.” That sounds like something a person who spends a lot of time with magic mushrooms would ponder. Something else the team pondered was why these few species of psilocybin mushrooms seem to have only that trait in common. It turns out they share one other trait – a love of animal feces and rotten wood. That bond caused them to share their insect protection using an unusual evolutionary technique known as ‘horizontal gene transfer’. 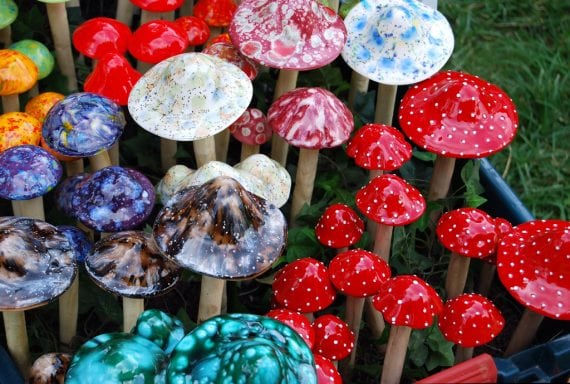 Horizontal gene transfer (also called lateral gene transfer) is the movement of genetic material between organisms other than from parent to child. It’s a common way bacteria share genes they develop to resist antibiotics. While common in single cell organisms, it’s rare in higher (no pun intended) species like mushrooms.

The study, published this week in the journal Evolution Letters, highlights the real benefits of this research – to help find other molecules that could be used to treat disorders of the brain – and points to the real need to modify the outdated laws in the U.S. banning the use of psychedelic drugs for research in the treatment of mental disorders.

Until then, it’s best to leave the testing of mushrooms to the professionals … and get your application in to the Ohio State fungal evolutionary genomics department.

Cast Your Vote for the Best 2017 Loch Ness Monster Sighting