Platypus Milk May Be the Next Miracle Cure

How do you milk a Platypus?

If that sounds like the opening to a third-grade boy’s joke in Australia, sorry to disappoint you. (Hire a platypus rancher and put him on its bill?) Milking a platypus may be a great name for a band, but it may soon be an even greater miracle cure for a wide variety of ailments. A new study found how platypus mother’s milk provides antimicrobial protection to her babies and the protein responsible may offer the same benefits to humans.

Before you head for a walkabout in the outback with a tiny stool, tinier buckets and some platypus chow, the researchers have already replicated the protein in the lab. And it’s antimicrobial … NOT an aphrodisiac! Leave the poor platypuses alone. 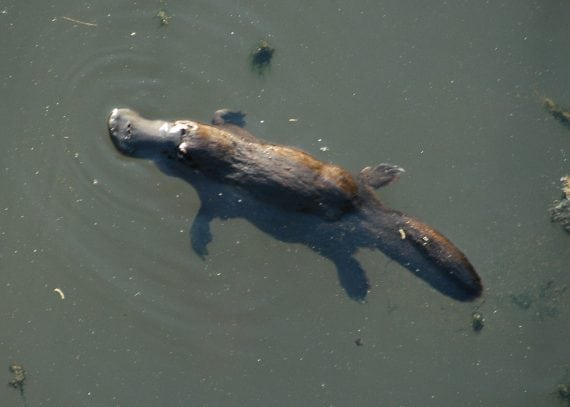 "Platypus are such weird animals that it would make sense for them to have weird biochemistry."

That’s the logic that inspired CSIRO (Commonwealth Scientific and Industrial Research Organization) scientist Dr. Janet Newman to lead a study, published this week in Structural Biology Communications, on the milk of this duck-billed, egg-laying, beaver-tailed, venomous creature. That highly toxic venom, which is excreted by male platypuses via spurs on their hind legs during mating season, has been found to contain a hormone which can also treat type-2 diabetes in humans. Remember what I said about not going walkabout for platypuses?

Getting back to the original question: how DO you milk a platypus?

It’s as difficult as you might imagine when you’re dealing with a mammal that lays eggs (the only one besides its Aussie neighbor, the echidna). Lacking teats, the platypus mum excretes milk though pores and lets it puddle on her belly for the babies to drink. As you might expect from web-footed, possum-like animal that crawls around on the ground, her belly is pretty smelly, not to mention dirty and full of bacteria that can harm young platypuses. Dr. Newman and her team correctly assumed that something in the milk protected them. 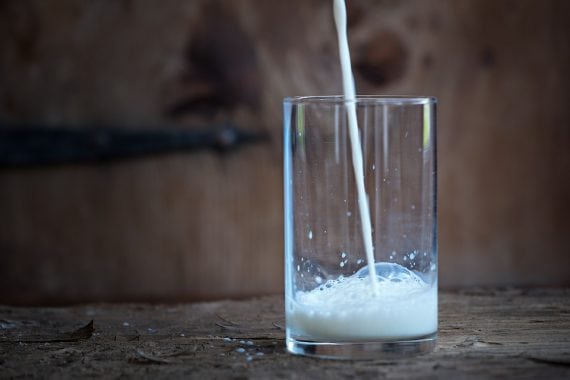 That something was a unique protein they nicknamed the “Shirley Temple” protein because its curly shape resembled the famous child star’s curly hair. (Shirley who? Ask your parents … better yet, your grandparents.) its uniqueness is not the curls but the fold in its structure – something not seen in any of the other 100,000 known protein structures. Unique shape = unique properties in the protein world, so the researchers assume it’s the reason for the platypus’ potent antibacterial milk. Since they’re already been able to replicate it in the lab, testing it on other animals and eventually humans should begin soon.

If its milk can help conquer what the World Health Organization describes as a global threat posed by new and ever-increasing levels of antibiotic resistance, perhaps someday we’ll be bowing down to our platypus overlords.

They probably won’t be pleased with a band called Milking the Platypus.

“A Large Animal…Like a Baboon”