Things got more interesting earlier this month when TTSA released a third video they claimed showed yet another encounter between an F/A-18 and a fast-moving object flying above the ocean off America’s east coast. While these videos have become some of the most talked-about pieces of UFO evidence in recent history, a wide range of sources from across the web are raising doubts about their authenticity. A research academy fronted by a former pop-punk singer wouldn’t lie to us, would it?

In a reddit post titled “Buckle up boys - you’re about to get learnt”, user Blu3Skies lays out evidence claiming that TTSA’s latest two video releases could be hoaxes. The post was submitted to the r/ConspiracyII forum, which split off of r/Conspiracy after it became flooded with, uh, let's call it "political" content. In the post, Blu3Skies cites the fact that the heads-up display overlaid on top of both videos seems to display the same PRF code, or pulse repetition frequency, a unique numerical identifier assigned to specific aircraft for specific sorties:

Why would 2 F18s have matching PRF codes on different coasts even if at different time frames? They wouldn't. Plain and simple. For years I used the same PRF code overseas without it ever changing once as did every major air asset I worked with. As a military aviator I find this fishy as f*** now- something doesn’t add up here.

Other reddit users noted that those codes could have been altered after being declassified to make them appropriate for public release. They are clearly spliced together from longer pieces of footage, after all, implying that there could be still much in the videos concerning flight formations or capabilities theDepartment of Defense doesn’t want known. A spokesperson for the Department of Defense issued a terse, informationless statement in the way only the DoD can, stating merely "The Department of Defense did not release those videos. I cannot confirm their authenticity. I don't have any additional info to provide.”

Of course, the possibility remains that these videos could be hoaxes altogether, designed to raise just enough public interest to justify...well, something. Political news outlet The Hill ran an editorial this week claiming that the “only thing Defense’s UFO probe proves is power of political favors.” The authors point out that the main recipient of the Pentagon’s $22 million Advanced Aerospace Threat Identification program was none other than UFO-obsessed aerospace entrepreneur Robert Bigelow. The Las Vegas-based Bigelow just so happens to be a major campaign contributor to Nevada senator and former Senate Majority Leader Harry Reid who was instrumental in securing funding for the Advanced Aerospace Threat Identification program. Was this Pentagon-funded program merely a way to return the favor to a major source of funding using taxpayer dollars? It’s possible, and happens all the time.

Other skeptics and analysts have weighed in claiming that based on their appearance, the objects are most likely balloons or flocks of birds misidentified by pilots in the moment. Given the grainy and somewhat indistinct infrared footage in the videos, it's difficult to tell exactly what the objects are. These claims make me wonder, though: would we be able to recognize and identify truly anomalous phenomenon we’ve never encountered the first time we saw them, or would our minds reach for familiar experiences and objects like balloons to help us make sense of them?

One of the most likely explanations for the release of these videos and the increased attention unidentified aerial phenomena are receiving in the mainstream press is that someone or perhaps something here on Earth has developed technological capabilities which have surpassed those of the West. Could China or Russia have developed next-generation propulsion methods unlike anything we’ve ever seen? If so, calling them UFOs and raising public support for increased funding in aerospace research is a great way to boost military spending without frightening the public or coming off too militaristic. Then again, these videos could be evidence of new American air technology unbeknownst to the public released by the DoD's as a means of rattling their sabers in a public setting. 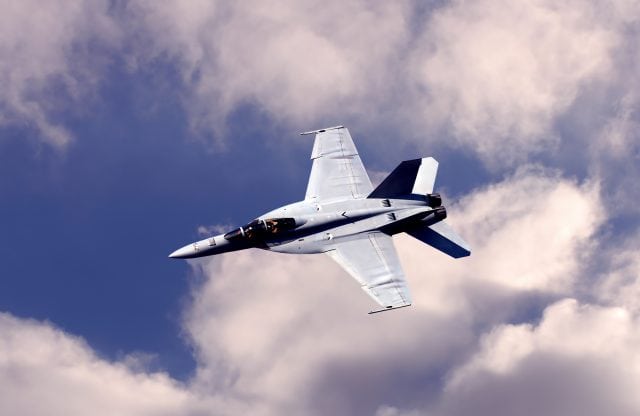 But maybe, just maybe, these videos could be proof of something truly anomalous and mysterious. Could there be unknown extremely advanced civilizations living deep within the Earth or under the seas operating sophisticated aircraft up here on the surface? Or could we actually be witnessing contact with superior extraterrestrial civilizations? Could these be evidence of some unknown type of matter or energy passing through Earth as it zooms through the universe? Who knows. With so little to go on, any guess is as good as any. But it’s going to take a lot more than a few short videos to convince the public of whatever is happening here.