Researchers Looking For Anyone Who Met Aliens While on DMT

“We are researchers at Johns Hopkins University working on a research study regarding the experiences of people who have had encounters with seemingly autonomous beings or entities after taking DMT.”

Kids, don’t try this at home (DMT is illegal in most countries), but if you already have seen aliens while on DMT, researchers at Johns Hopkins University School of Medicine led by Roland Griffiths, Ph.D. would like for you to fill out an anonymous survey on your experiences and visions. You must be at least 18 years old, fluent in English and have taken a "breakthrough" dose of N,N-DMT before the alien experience.

“During your encounter, was there any communication (e.g., a one-way or two-way exchange of information) between you and the being or entity?” 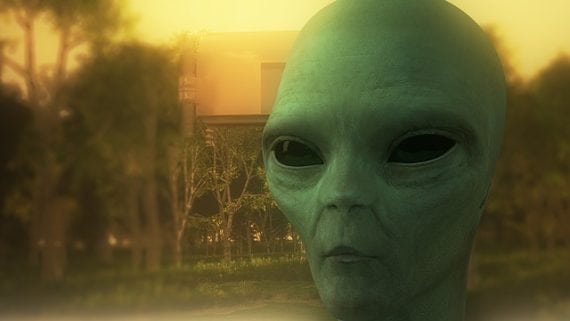 DMT or N,N-DMT is N,N-Dimethyltryptamine, the tryptamine molecule often consumed as a psychedelic drug in ayahuasca, particularly in Amazon cultures, and sometimes referred to as the ‘spirit molecule’ because of the mystical experiences and dramatic hallucinations it causes. During the 1960s it was called the “businessman’s trip” because, when smoked or injected, the hallucinations arrive almost immediately and lasted just a short time – 5 to 15 minutes. That’s not the case when it is consumed in an ayahuasca beverage prepared by a South American shaman. Growing in popularity, these experiences can last up to 6 hours and the intense physical trauma (tremors, diarrhea, hyperthermia, sweating, muscle spasms) are considered to be a small price to pay for them. It’s this type of experience that most likely generates the alien visions Dr. Griffiths is looking for.

“Did the being or entity seem to have an emotional response to it's encounter with the you (this could include being consciously unemotional or unreactive)?”

Stories of encounters with beings or entities while under the influence of DMT are not uncommon. A 2012 article in Psychology Today reveals that Rick Strassman, a leading expert on hallucinogenic substances and the coiner of the term “spirit molecule,” found that about half of the 60 volunteers who took DMT in one of his studies in the early 1990s entered “freestanding, independent levels of existence” that were inhabited by what volunteers described as intelligent “beings”, “entities”, “aliens”, “guides”, and “helpers” that appeared as “clowns, reptiles, mantises, bees, spiders, cacti, and stick figures.” According to the article, seeing beings and entities of these types seems to be unique to DMT -- Strassman was unable to find anything similar in research reports on other psychedelic drugs. 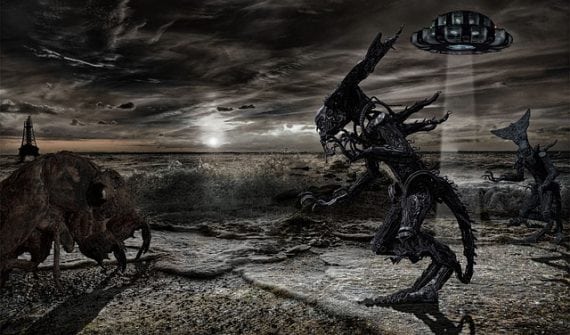 “Did you ascertain a message, task, mission, purpose, or insight from your encounter with the being or entity (this could have been directly imparted to you or attained through your understanding of the nature of the being, etc.)?”

The questionnaire is extensive and obviously focused on determining if there is a link between DMT and actual alien encounters or the illusion of them. Here are some other questions asked:

If you’re interested and qualified and would like to participate in the anonymous research, the questionnaire is located here.

Do you believe they will find a link between DMY and aliens – real or imagined? Do you already KNOW there’s one?

If it were to be proven that DMT was a gateway drug to an ET gateway, would you consider taking it?

Mysteries, the Mafia, and Vatican Conspiracies: The Strange Death of Roberto Calvi