Now that you can learn how to speak Klingon using free training from Duolingo, it’s time to broaden your Trekkie horizons to the Starship Enterprise and try the latest (or perhaps we should say ‘earliest’) in food replication. A company in Japan has developed a sushi teleportation machine that can replicate a piece of sushi made in Japan anywhere in the world in a form that tastes like sushi but … well, let’s say Scotty might need to wash it down with some Scotch.

On its website, Open Meals says its goal is to digitize food, create a database of all sorts of digitized meals and treats, transmit and generate that food in a different location, and expand on the idea in new ways. At this year’s SXSW in Austin, they demonstrated what can be done so far with America’s favorite Japanese food – sushi. 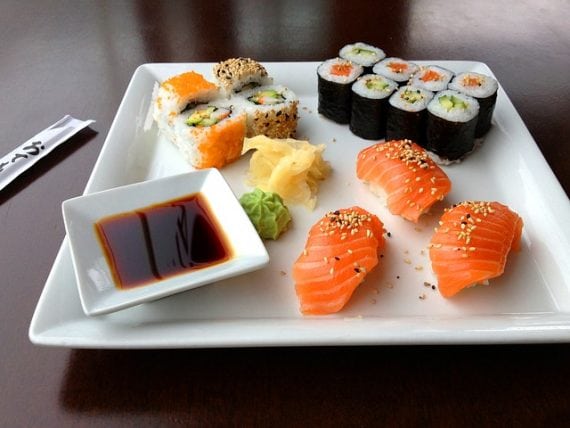 As seen in the demonstration video, everything starts out like your favorite sushi bar. A sushi chef slices off a piece of maguro akami (red tuna) or salmon and places it carefully on a rice ball. He’s done. A technician takes the sushi and places it under a scanner, which digitizes (they call it ‘pixilates’) the image and then compares it to the Food Base digital database where information on the flavors, texture, nutrients, shape and color are added to the digital mix. All of that data is then transmitted in some wireless manner to what Mister Sulu would call the Replicator in the Enterprise dining room but what Open Meals gives the boring technical name “Pixel Food Printer.”

It’s at this point that you realize it’s Stardate 95820.3 (March 21, 2018) and you’re not boldly eating what no man has eaten before. The robotic arm of the Pixel Food Printer 3D-prints your food … if you call gelatin 'food'. Each squirt of the printer creates a tiny cube of edible gelatin with the correct color, taste and nutrients of your sushi order (does anyone really eat sushi for the nutrients?). Unfortunately, you’ll have to wait for a future Stardate to get sushi that looks and feels like the real thing. This looks like something Lego people or old-school cubish video game characters would enjoy. However, the actor in the video doesn’t gag and even Captain Kirk might slurp a dish of Jell-O in space to remind him of his youth before the Academy.

Open Meals admits this is a “simple reproduction” but has plans for improvements for what it calls the Fifth Food Evolution (the first four were the use of fire, the development of agriculture, the invention of food preservation, and the mass production of food).

Will humans eat gelatin sushi? Do humans do Jell-O shots? I rest my case.

Black Magic, the Occult, and the CIA