Sticking Pins in Boss Voodoo Dolls Can Improve the Workplace

Voodoo doll: a doll made to resemble a person in order to cast spells on them or to harm them by harming the doll.

Boss: the person who is in charge of an organization and who tells others what to do.

Voodoo doll + Boss = “A simple and harmless symbolic act of retaliation can make people feel like they're getting even and restoring their sense of fairness.”

This was a real study conducted by Assistant Professor Dr. Lindie Liang of the Lazaridis School of Business and Economics at Wilfrid Laurier University in Ontario, Canada, and published recently in The Leadership Quarterly.

“We wanted to see, rather than actually retaliating against the abusive boss, whether mistreated employees could benefit from harmless acts of symbolic retaliation.” 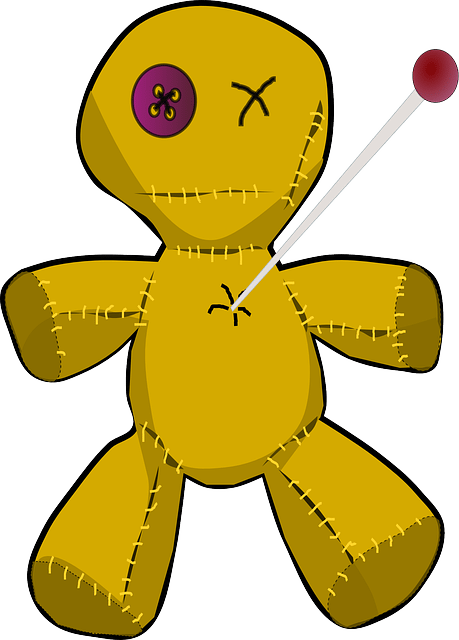 “Symbolic retaliation.” How would you define that? About 400 responded to a call to participate in a study in return for a dollar. (Boy, times are really tough all over.) They were first asked to recall a time when they were abused in some way by a boss. Being yelled at was the example. (If you’re playing along, what would YOU Have imagined?) About half of the volunteers were then given a virtual voodoo doll, told to put their boss’ name on it and them take out their revenge on it with virtual pins, pliers and a burning candle. (Who would have thought Canadians were capable of doing this, let alone thinking up such a virtual reality?) The other group saw a similar doll, but were just told to trace around it with the cursor. A control group solved word puzzles.

“We found a simple and harmless symbolic act of retaliation can make people feel like they’re getting even and restoring their sense of fairness.” 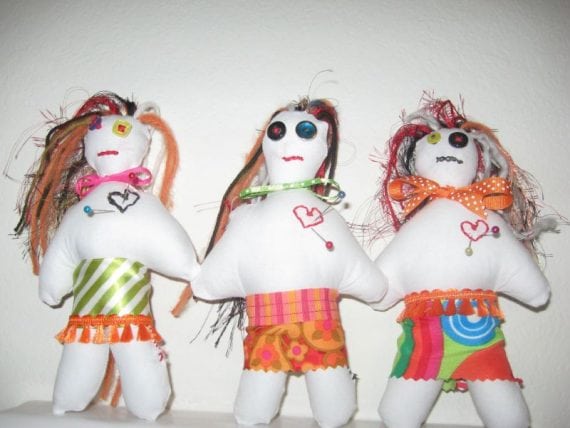 The researchers determined that the retaliation did not have to be sticking a pin in a boss doll … throwing darts (symbolically, of course) at a boss poster would also work. While this sounds like harmless therapy, most employees have something to worry about besides their abusive boss – the Human Resources department, which may not agree with the results of the study. Dr. Liang thinks that needs to change.

“These findings suggest that retaliation not only benefits individual victims, but may also benefit the organization as a whole, given that justice perceptions is important for employee performance and well-being.”

If someday soon you’re standing in the unemployment line after your boss caught you sticking pins in a look-alike voodoo doll, scratch out his or her name and write in “Dr. Lindie Liang.” You’ll feel better.