Until Malaysia Airlines Flight MH370 -- missing since March 4, 2014 – is found, conspiracy theories about its demise will abound. However, not since the plane vanished on its flight from Kuala Lumpur to Beijing have two utterly different and seemingly unrelated conspiracies arisen in a week. Is someone getting close to solving the mystery? Is someone else trying to stop them?

According to various media accounts, that message in a robotic voice using NATO phonetic alphabet (alpha, bravo, charlie, delta, etc.) was sent on March 13 to the cell phone of a Twitter user named Ty. After posting it, he allegedly received more than seven million views and 40,000 new followers, along with death threats and homophobic insults (this is why we can’t have nice things or tweets anymore). However, the numeric sequence caught the eye of more serious conspiracy theorists who claimed they are Google Earth map coordinates of a spot very close to where flight MH370 vanished from radar. Throw in the “they are not human” lead-in and those connecting dots are screaming:

Speaking of Google Earth and flight MH370, an Australian mechanical engineer and purported crash investigator named Peter McMahon claims that he has found the missing plane by scanning NASA and Google Maps images. The images, shown here and on various other media sites, are allegedly from a spot 10 miles south of Round Island, north of Mauritius near Reunion Island, where some debris has been recovered. McMahan claims are the Australian Transport and Safety Bureau thinks it could be the missing craft but was told by US officials to stay in the generally-accepted possible crash area of the Indian Ocean.

Oh, and he also claims the pictures show that the plane is full of bullet holes.

Apparently, at least according to MH370 investigators, so is his conspiracy theory since the photos were taken years before 2014.

Meanwhile, back with Ty and the aliens …

Another longer robotic recorded message containing the original one has allegedly been showing up on other cell phones besides Ty's. It says:

“This is not a test, this is not a joke. Over the past several years we have been wanting to send an automated voice message to people who understand and are not afraid. One message at a time will make many know the truth. The truth that other biological beings have been walking the supreme creation that sustains life. Earth. A planet created just like our own with technological advancements, you as a human race have kept yourselves strong and living. But as chaos comes to your planet we must show ourselves to prove that there are different ways to keep peace. Many do not agree with what we say, so they may hunt us down. Your accomplishments are as follows: You have created religions on a biased unrealistic god, have created a government that is corrupt and will fall soon, your weaponry is only advanced from our technology which you have scavenged from our own. The liquid lands you call your oceans contain many secrets, including some (unintelligible) sunk down into the abyss. We will make ourselves known to the best of our utmost capabilities. Clear your air space for safe consequences.” 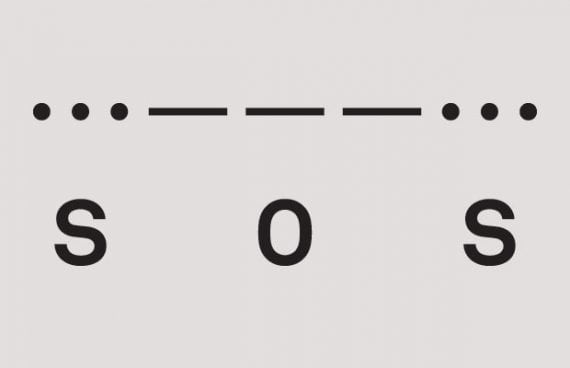 Unfortunately, these dire warnings from aliens start to break down when they include religious overtones and allegations about a corrupt government (just one?). Is it all just a hoax that accidentally pulled in the MH370 disappearance? If aliens wanted to bring down an aircraft with their advanced technology that we allegedly stole from them, would they use bullets?

Trying to connect all of these dots is making me see spots.

2020 U.S. Presidential Candidate Wants to Save Us from a Robot Takeover