The Dyatlov Pass Incident: Myths, Realities, and New Ideas on an Old Mystery

The Dyatlov Pass incident of 1959 remains one of the most unsettling mysteries of the last century. The story is well known, involving a group of hikers from the Ural Polytechnical Institute led by 23-year-old Igor Dyatlov. The group planned to make their way across a seven-mile trek through snowy terrain toward Gora Otorten, a mountain whose name in the native Mansi, woot-taaratane-syachl, means "Windy Mountain."

The steep terrain and forbidding conditions were plenty enough to ward off most travelers, though the Dyatlov party was an exceptional group. Each of the team members already possessed Grade II certification as hikers (upon completion of their trek to Gora Otorten they would receive Grade III), and many were also experienced skiers, having already spent years on the slopes of the Urals.

Nature can be unpredictable though, and whatever happened on the night of February 2 completely took the group by surprise, leaving them disoriented and exposed to the worsening weather along the eastern slope of Kholat Syakhl, where several of their lifeless bodies remained until searchers arrived more than three weeks later.

The search party eventually found the disheveled campsite, where the group's tent lay cut open and partially covered in snow. Evidence nearby showed that someone attempted to build a fire, which was discovered near the bodies of Yuri Doroshenko and Yuri Krivonischenko--the first two bodies the searchers managed to find--each of the men still in his underwear. The remains of Dyatlov and two other hikers were found afterward, within a few hundred meters of their campsite. The remaining bodies were discovered in a ravine 75 meters away the following month, wearing clothing which appeared to have belonged to some of the other hikers.

Over the years, a wide variety of theories have been proposed as to what might have led to the hiker's deaths. Ranging from the absurd to the seemingly plausible, investigators and internet sleuths alike have proposed everything from secret Russian weapons tests and mysterious "fireballs" seen in the skies over the Urals, to infrasound phenomena, and even an alleged attack by an abominable snowman as the cause of the mysterious deaths.

As far as the latter of these goes, the "evidence" for the Yeti theory is flimsy, at best. The idea was presented as the premise of a Discovery program a number of years ago called Russian Yeti: The Killer Lives. This "documentary," as it was billed, featured photographs and other material from the expedition members, including images recovered from the camera of Nikolai Thibeaux. Interestingly, the final photograph on the film in Thibeaux's camera does appear to show a humanoid figure, which appears to be slightly hunched over and standing some distance away in the forest, as featured below: 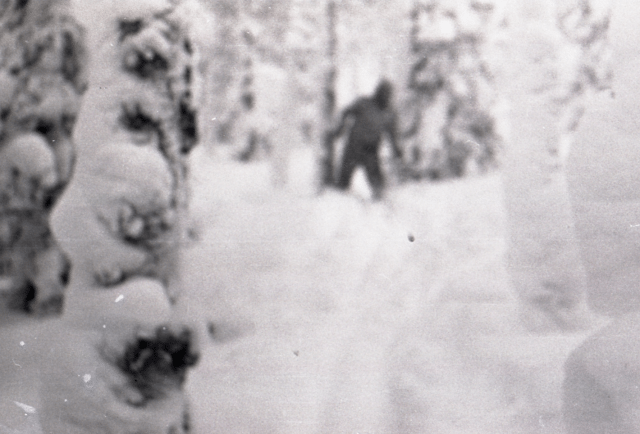 However, this cryptic image may not be as interesting as it would seem at first glance. The image, when appearing on various sites and blogs, is often featured by itself and/or with emphasis on the fact that it was the last photograph Thibeaux had taken. This, of course, caters to the photo's "mysterious" appearance, although with the help of a little context, the photo really doesn't seem all that unusual.

This is because in the photos preceding our alleged "Yeti" image on the same roll of film, one can clearly see that the sequence depicts Thibeaux himself taking a series of pictures of himself (perhaps using a timer), as seen below: When observed in context with the other photos, that final, cryptic-looking image is revealed to have probably been Nikolai Thibeaux himself, not an "abominable snowman."

The only other information pertaining to the Dyatlov case that is remotely suggestive of a connection to the "Russian Yeti" involves an anecdotal reference to the creatures residing near Gora Otorten, which the group included on a satirical newspaper they kept and updated throughout their travels. Under a section labeled "Science" was the following passage:

"In recent years there has been a heated debate about the existence of Yeti. According to recent reports, Yeti lives in the Northern Urals, near Otorten mountains."

This passage is often misquoted, however, featuring variations such as, "From now on we know the Snowmen exist. They can be found in the Northern Urals, next to Mount Otorten.” As with the alleged Yeti photo, removing the passage from its proper context once again allows the insinuation of "snowmen" to appear far more ominous than the hikers themselves probably intended.

As with many similar unsolved mysteries, the fact that there are so many loose ends that remain has fed into speculation over the years. Plenty more could be said about the case, and the numerous inquiries and investigations the incident has inspired over the years. And of course, the numerous theories that abound, many of them sensational (though none quite so strange as the entire "Russian Yeti" affair).

In truth, while unable to account for all of the unusual aspects of the incident, the most likely cause probably does have something to do with an avalanche. But if any of the more fringe ideas are really worth a second look, the reports of "fireballs" over the region are perhaps the most interesting, and might even imply the presence of natural phenomena like ball lightning that some were seeing around that time. Not only is this a far less sensational explanation for unusual lights that were being reported, especially when compared with ideas of missiles, UFOs, and "secret Russian weapons tests," but it might even explain some of the strange behavior of the hikers on the night they met their fate on the slopes of Kholat Syakhl.

Granted, like every other idea that has been offered as a solution to the Dyatlov Pass incident, the "ball lightning" theory should be taken with a grain of salt. After all, these are all just theories, and none that have been offered can really account for all the circumstances present when searchers finally discovered the remains of Dyatlov and his companions.

We will probably never really know the full story of what happened, let alone why some of the results of the original investigation on-site were withheld by the Russian government when the files were released in the 1990s. As with many unsolved mysteries, the Dyatlov Pass incident provides enough data to be enticing, but hardly enough to draw solid conclusions.

A Mysterious Disease is Killing Dentists