The Moon Base That Never Was

Today, I'm going to tell you the intriguing story of Project Horizon. It fell under the auspices of the U.S. Army, and had its origins in the latter part of the 1950s. The plan was to take the first steps towards constructing an installation on the surface of the Moon by the mid-1960s. The goal was for the base to be armed with nuclear weapons and which could be used to decimate the Soviet Union if the United States was hit by a sneak attack and the infrastructure of the nation was significantly destroyed.

After much preliminary discussion, it was in late March 1959 that the ambitious program was finally put into place. Overseeing many of the plans to create the secret base was Lieutenant General Arthur G. Trudeau. At the time, Trudeau was the Army’s Chief of Research and Development. Now-declassified files on Project Horizon demonstrate that Trudeau and his team estimated it would cost approximately $6 Billion to design, build and fully equip a base on the Moon. In a document titled “Project Horizon: A U.S. Army Study for the Establishment of a Lunar Military Post,” Trudeau wrote the following words: 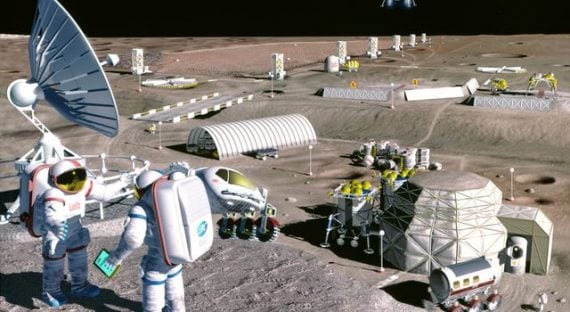 The program was indeed a grand one, a far-reaching operation designed to ensure that the control of outer space would fall into the hands of the United States and and specifically not into the hands of the Russians. In the wake of the publication of Trudeau’s report, plans were quickly initiated. One of those who was brought into the program was Wernher Von Braun – a scientist, and someone who had been a member of Germany's Nazi Party and a member of the SS. He was an expert in the field of rocketry and someone who, after the Second World War, was brought to the United States under cover of a classified and controversial program called Operation Paperclip. Von Braun chose to assign an engineer named Heinz-Hermann Koelle to oversee Project Horizon. Koelle fought for the Nazis during the Second World War. Evidently, the Nazi-based backgrounds of the pair didn't bother those working on Project Horizon. It certainly should have, though. But, I digress.

The initial goal was for the Moon base to be relatively small, which made a great deal of sense. After all, we’re talking about entirely new territory and revolutionary technology. So, the plan was to slowly make the base bigger and bigger as time went on. But, initially, it would be something akin to a North Pole outpost, with a staff of around just one to two dozen. Using the base as a strategic military facility, as well as a place in which the mysteries of the Moon and the Solar System could be carefully and secretly studied, ensured that America would have a significant lead over the Soviets – who were clearly a major threat at the time.

In fact, on this issue of a potential Soviet threat, the Project Horizon team gave serious and deep consideration to the possibility that the Russians might very well try and destroy the base – possibly even with Russian cosmonauts invading the base and armed to the teeth with high-tech weaponry. On the scientific side of things, a great deal of research was focused on ensuring that the base would have a plentiful supply of water and oxygen – which, of course, none could live without. Plans were initiated to have vast shuttle craft send endless supplies of water and food to the base – that is, until the staff became completely self-sufficient, which was seen as completely feasible. In theory, at least. 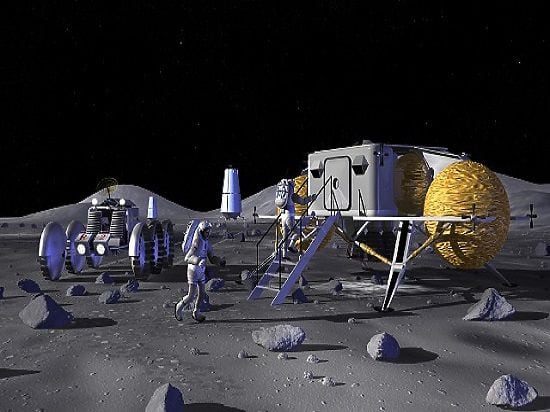 As for how and where, exactly, the base would be constructed, Project Horizon’s scientists were of the opinion that the best option would be to build it in an already-existing, natural crater. Such was the enthusiasm for the program, an estimation was made that the initial construction of the base could begin in 1965 – which was four years before Neil Armstrong set foot on the surface of the Moon. Project workers suggested that it might be wise to construct significant parts of the base underground, chiefly to protect it from not just the Soviets, but from natural space debris too, such a fragments of meteorites.

Although Project Horizon was seen as a major (and secret) program of the military, it was ultimately deemed to be way too far ahead of itself. The military concluded that the plans for the creation of Project Horizon to begin in 1965 were overly ambitious in the extreme and the program was cancelled. What was once on the horizon was finally no more.

Researchers Looking For Anyone Who Met Aliens While on DMT