The Shaggiest Monsters Of All

From all across the world, there are countless tales of paranormal activity occurring in places where couples hang out on dark, weekend nights. Cramped, back-seat action and steamy windows, in other words. We've all been there - and, occasionally, so have a few uninvited guests of the beastly kind. In May 2014, the online Houstonia magazine interviewed the late Rob Riggs, who spent years investigating Bigfoot reports in Texas' Big Thicket, and which were compiled in his 2001 book, In the Big Thicket. The article was appropriately titled, “Bigfoot is Hiding in the Big Thicket.”

During the course of the interview with Riggs – which was done by journalist Michael Hardy – there was this revelation: “When Riggs ran a notice in the paper calling for stories of unusual sightings in the woods, he was deluged with letters. A teenage girl claimed that a giant ape had chased her away from a cemetery. A couple in a car on Ghost Road - the local lovers’ lane  - reported that Bigfoot jumped on their hood, forcing the man, who fortunately had his shotgun handy, to scare the creature away by firing at it through the front windshield.”

I got to know Rob well, having first met him in the early 2000s, and he told me that Lovers Lane-style incidents were a significant part of the Big Thicket-based Bigfoot mystery. While Rob, in the earliest days of his investigations, believed that the creatures amounted to unknown apes and nothing else, by the time In the Big Thicket book was published, he was sure there was a supernatural component to it all.

In January 2003, there was a spate of sightings of what can only be termed a "British Bigfoot" in and around the northern town of Bolam, England. Many of the cases were investigated by Jon Downes' Center for Fortean Zoology. Of the varied accounts given to Downes during his time at Bolam Lake, one of the most intriguing came from a man named Neil. In his 2004 autobiography, Monster Hunter, Downes says: “Possibly the most astounding story that [Neil] had to recount had taken place a couple of summers before our visit. He had been in the woods at the opposite side of the lake with his girlfriend. They had been making love when his girlfriend told him she that she could see what she thought was a man in a monkey suit watching their sexual adventures from behind a bush. Neil, unsurprisingly, looked around the area but could find nothing.”

It was back in the summer of 1969 that sightings of a strange creature surfaced from the city of Lake Worth, Texas – which takes its name from the local, large lake of the very same name. Although many of the reports suggest that the creature may have been a nomadic Bigfoot, it soon became known to one and all as the Goat-Man – on account of the fact that some eyewitnesses claimed it had goat-like horns protruding from its hair-covered head. Hardly the kind of thing that you see every day! 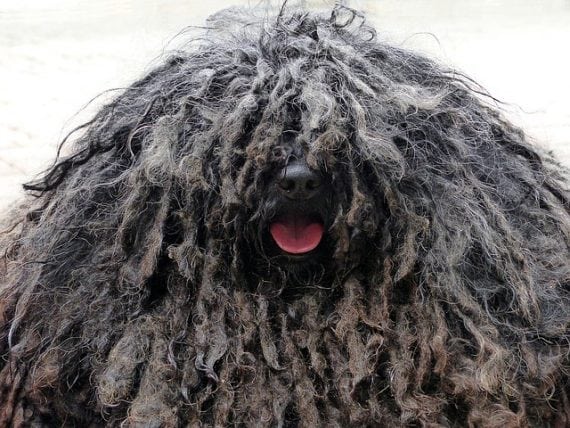 Most of the stories from Lake Worth had one thing in common: for the most part they came from couples parked in their cars late at night, deep in the woods of the lake, and doing what couples have done ever since the car was invented.  One such couple were John Reichart and his wife. Along with a couple of friends, who were also there to have some fun, they found themselves confronted by the weird beast. It leapt onto the car’s hood and left deep scratch marks along the side of the vehicle. The beast then quickly bounded off into the darkness.

Then there's the Farmer City Monster saga. We have cryptozoologist Loren Coleman to thank for digging deep into this one – which ran from May to August 1970 in and around Marian County, Illinois.  The Bigfoot-like animal was seen on more than a few occasions – on one such occasion by Police Officer Robert Hayslip, himself of Farmer City. It was in the early hours of the morning when Officer Hayslip saw the monster, which had piercing red eyes. Notably, the location was the area’s very own local Lovers Lane-type hang-out.

So, what's the answer to all of this? There is none. Only theories. Maybe our monsters are peeping-toms, engaging in a bit of late-night voyeurism. Or, perhaps, such entities are "feeding" on something along the lines of so-called "Orgone Energy," as theorized by the hugely controversial work of Wilhelm Reich.

Of only one thing can we be sure: shagging couples and shaggy creatures make for regular - ahem - bedfellows...