The Wild Man of the Dover Woods

It has been suggested that at least some reports of so-called "wild men" in 19th Century USA were actually encounters with what today is known as Bigfoot. Or Sasquatch. Sometimes, however, a wild man may just have been that - a real, savage man living deep in the woods and acting almost like a wild animal. January 8, 1894 was the date upon which the Dover, New Jersey press reported on the presence of just such a dangerous character. According to the story a strange, human-like creature was hiding out in an area close to Mine Hill. As a result of a number of sightings, hunters soon descended on the location, eager to see what was lurking in their midst.

“There is a wild man in the woods near Mine Hill, and though the parties that have been hunting for him for several days have often felt cold in their heavy coats the object of the search seems to get along comfortably with no more protection from the winter chill than an abundant set of whiskers," said the press. It's clear from what they had to say that there was a great deal of skepticism and doubt surrounding the story. Nevertheless, there were a few people who were willing to not just share their experiences, but also to go on the record - which is an important issue when it comes to controversial mysteries such as this one. Among those who were willing to speak out were three local girls, Katie Griffin, Bertha Hestig and Lizzie Guscott.

All three girls worked at the Dover Silk Mill. When confronted by the wild man, all three screamed - as did the wild man himself, who raced off into the depths of the woods. Bertha told the press: "He didn’t have no shoes on, and mutton suet on his chest wouldn’t ha’ done him a bit of harm." Other witnesses came forward, too: "Bill" and "Mike." The press said the following of their story: 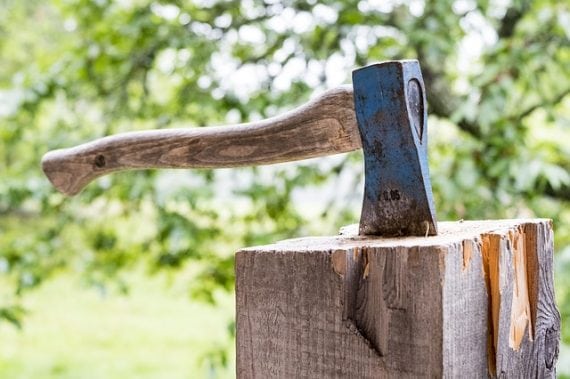 “They are wood-chop­pers, and they first saw him. They were cutting wood on Friday last near the Indian Falls clearing, in one of the most lonely parts of the mountain. Sud­denly their hounds began a violent barking at the base of a large rock. ‘It’s a bear or some varmint,’ said ‘Bill,’ seizing his axe more firmly and running over to the dogs. He was closely fol­lowed by ‘Mike.’ As they reached the spot a savage looking fig­ure sprang from behind the rock. ‘Mike’ Dean, who was almost upon him, sprang backward as though indeed faced by a bear. The stranger was apparently middle aged, nearly six feet tall, and about a hundred and eighty pounds in weight."

The wild man, said "Bill" and "Mike," was said to have had a thick, dirty beard, long hair and sported a "savage" appearance. As the pair looked on, the odd character "sprang to the rocks" and wildly threw his arms around as he took off. It was the wild man's odd behavior which led the newspaper to refer to him somewhat amusingly, as being "probably a crazy sailor."

So the story went, the pair pursued the crazy character. Bad move. He picked up "a club" (from where, exactly, we don't know) and waved it menacingly at the pair. Unfortunately, one of the dogs the two men had with them was seriously injured as a result of being hit by the club. "Bill" and "Mike" quickly, and probably wisely, hit the road as fast as they could. It's not surprising that this latest development led to an even bigger quest to resolve the matter, as the media noted: 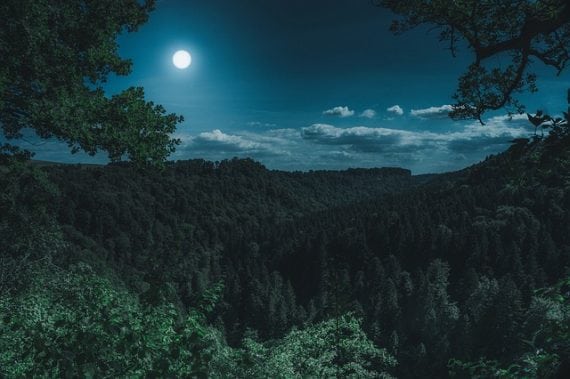 “A scouting party was at once organized, and under the direction of City Marshal James Hagen and Policeman Tredenick started for the scene. The wild man had disappeared into the dense underbrush. The searchers found the imprint of his bare feet in the middle ground. The party separated and kept up the search until late that night. Parties have left this city every day since. Fifty men scoured the mountains in every direction on Saturday, but with­out success. Sunday the woods were searched all day by numer­ous bands."

On several further occasions the wild man was seen, but never caught. It was definitely one of those "here one minute, and gone the next minute" situations. A crazy sailor? A mentally ill man? Someone who had lived his entire life in the woods, a true wild man of the kind which can be found in tales all across the world? Today, we'll never know. That is, unless one or more of his savage kind still lurk...