If you’re playing a game of “I’ll Bet You Can’t Top This One,” here’s your next winning story. A person who was born a man believes he was ‘born again’ at the age of 5 under the care of a rattlesnake and has now changed his gender to female and is well on her way to changing her species to reptilian. Can you top that?

“I consider myself not just to be human anymore. I’m human AND reptilian. My greatest desire in life is to continue my body modification until my metamorphosis is complete. This is what drives me – this is the reason why I get up every day and live.”

According to various media accounts, this story begins 56 years ago when Richard Hernandez was born in Maricopa County, Arizona. He eventually ended up in Bruni, Texas, a tiny town (population 379 in 2010) in the region along the Rio Grande known as South Texas. A smart student (“3.6 GPA in college” according to her Facebook page), Richard rose to vice president for a leading but unnamed bank. In 1997, he was diagnosed as HIV positive and decided “not to die a human.”

“I have two mothers: One is my original birth mother and my second birth is to my reptilian parents, which are the rattlesnakes.” 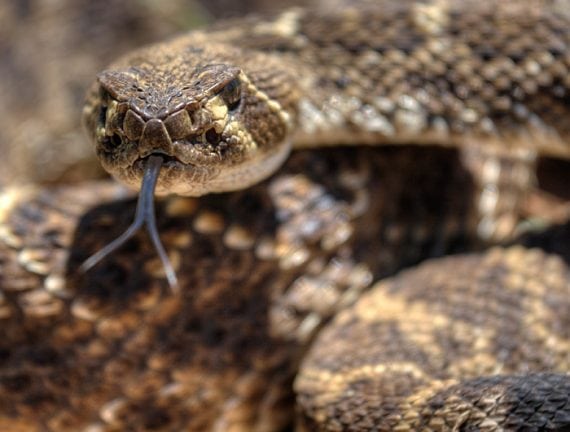 Richard says he was abandoned by his human parents at age 5 and adopted by one or more western diamondback rattlesnakes. It’s not really clear which came first: Richard’s realization that he was transgender or that he was, in his words, “trans-species” or a reptilian or reptoid. Whichever it was, it brought an end to Richard Gonzalez and introduced the world to Eva Tiamat Baphomet Medusa. You may recognize “Tiamat” as the name of a powerful five-headed draconic goddess in the Dungeons & Dragons game or as ancient Babylonian goddess of the salt sea. Baphomet is an occult symbol often associated with a goat or the Knights Templar and Medusa is the winged female with snakes for hair in Greek mythology. All good names for someone slowly becoming a reptile. (Many pictures here and here.)

As you might expect, Tiamat’s transformation to reptilian form is a shape-shifting of the medical and tattooing kind.

“I have eight horns on my forehead; I have had my ears removed; my nose reshaped; most of my teeth removed; I’ve had the white-part of my eyes stained; my tongue bifurcated; my whole face is tattooed and I’ve had some scarification and branding on my chest and wrist.” 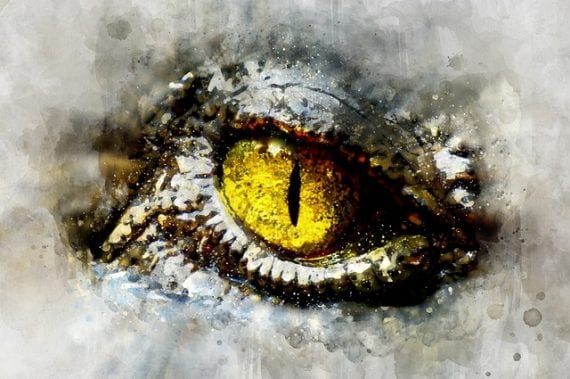 It appears that much of the $60,000 she’s spent so far has been to become a trans-species rather than transsexual. In a 2016 interview, she said she had not yet undergone gender reassignment surgery and was dealing with some “serious gender dysphoria.” That surgery may not matter to her as much as becoming a reptile or dragon.

Whatever she is – transsexual, transspecies or something else – her looks definitely confuse the heck out of most humans she encounters.

Probably most reptiles and snakes too.

A Man-Beast in the Mountains