Geologists exploring the ocean floor near the shores of the city of Dalvík on Iceland’s northern coast have uncovered a mysterious series of craters which appear to be unnatural in origin, and they don’t know what to make of them. Researchers with Iceland Geosurvey, or ISOR, were conducting surveys to map sites for the future development of geothermal and hydroelectric power infrastructure. While mapping the seabed, the team discovered seven large craters in the seafloor, and the geologists can’t explain what might have made them. 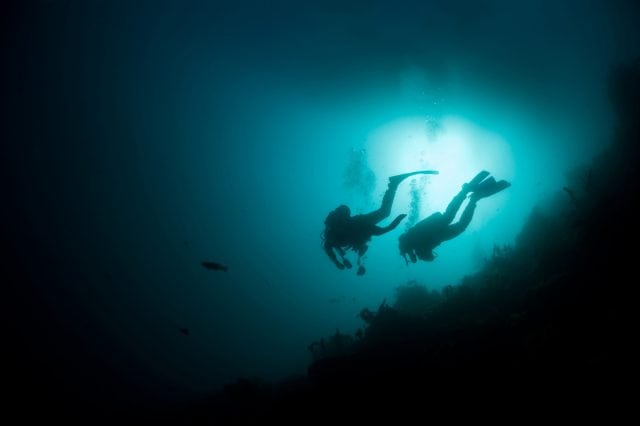 The craters are too deep for accurate mapping from above, so the team says divers will have to go down in order to make a more precise assessment of them in person. It isn’t mentioned why remotely operated underwater vehicles (ROVs) can’t do the job, but depth is likely an issue. Scientists are still calling this one a mystery at the moment, but ISOR geologist Ögmundur Erlendsson says that the current thinking is that the craters are likely a relic of World War II weapons testing:

We have not found any clear reasons for them, whether they are natural or manmade. We are inclined to think they were created by depth charges during the war years.

However, the sudden discovery of these unexplained craters sounds fairly similar to other recent anomalous geological events in the vicinity of Iceland. Last year, geologists with the British Antarctic Survey discovered strange patterns of lines etched into the seafloor underneath sea ice. The movement of ancient glacial landforms activity was speculated to be the cause, but as always, more research is necessary before any definitive conclusions can be drawn.

Most similar of all, though, are the unexplained craters being found all over Siberia. Eyewitness reports vary from smoke rising from the ground to “celestial bodies” impacting the earth shortly before the craters were found. Officials say “it is not like this is the work of men, but also doesn’t look like natural formation” [sic]. In those cases, natural gas discharges is thought to play a factor, but of course, there is no consensus on what might be creating these Siberian craters.

Could all of these anomalous geological phenomena be related? Are these craters a dire warning of an oncoming volcanic supereruption? While we tend to focus on all of the man-made ways the age of humans might come to an end, the Earth’s history is full of cases where the planet decided to hit the reset button on its own. Maybe that Arctic Doomsday Vault is in the wrong place...

The Strange Creatures of Cuba