What to Watch For When Chinese Space Station Falls to Earth

This is no April Fool’s joke. The dead-and-descending-out-of-control Chinese space station Tiangong-1 is predicted to crash somewhere on Earth on April 1st, plus-or-minus a day or two. This was probably not a good time for the recent U.S. government actions against China because its government and space agency hasn’t been too open about when or where the space debris might make its flaming landfall. The Chinese media site Global Times got an official to speak but only on the condition of anonymity and he said it’s impossible to pinpoint the exact reentry location now (March 29). In fact, it won’t be known until just two hours before it starts to fall. Thanks, China!

Fortunately, scientists at the International Centre for Radio Astronomy Research have no fear for their lives (from their government, at least) and are willing to share some signs that the end of the Heavenly Palace (the meaning of Tiangong) is near.

“[You will see a] series of fireballs streaking across the sky.” 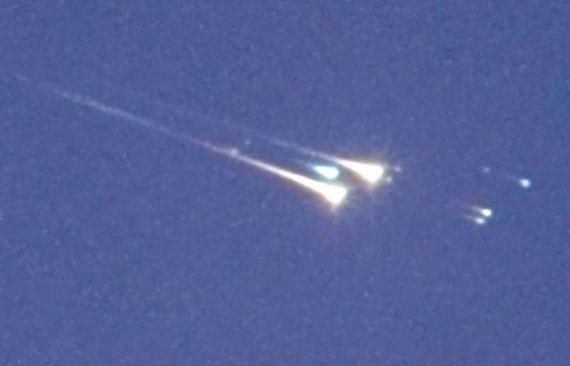 Fireballs? That’s it? No explosions? Horns? Apocalyptic voices from the sky? That helpful hint is from Markus Dolensky, of the International Centre for Radio Astronomy Research, a joint venture between Curtin University and the University of Western Australia. That’s not much from some of the world's leading researchers in radio astronomy who are building the International Square Kilometre Array -- the world's biggest ground-based telescope array.

“The international community doesn't know what the craft is made of, and that makes estimating the danger more challenging, as hardened fuel containers could reach the ground while lightweight panels won't." 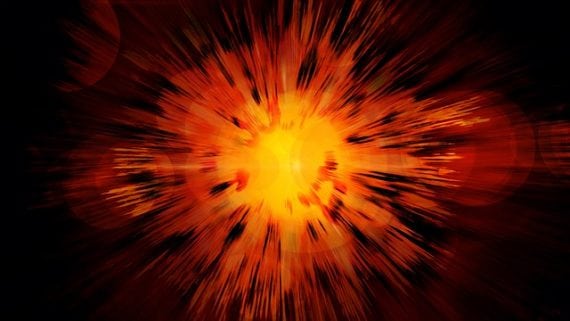 So, we need to be looking for fireballs of space station fuel, which we already know contains hydrazine – a highly-toxic propellant used by China in rocket fuels. The U.S. Environmental Protection Agency says short-term exposure to high levels of hydrazine – burning or otherwise -- may cause irritation of the eyes, nose, and throat, dizziness, headache, nausea, pulmonary edema, seizures, coma and cancer. Good thing we’ll be able to see it, right? Well, only if it’s burning. Otherwise, it’s a colorless liquid with an ammonia smell. You know … like ammonia.

Is there ANY chance this is an April Fool’s joke?

If we survive, the next time a space station crashes to Earth it won’t be so bad, according to Kenneth Chang of The New York Times.

“Indeed, space agencies like the E.S.A. are using Tiangong-1 as a learning exercise to compare their prediction models.”

April Fool’s Day was so much more fun when the biggest story was Taco Bell buying the Liberty Bell and renaming it the Taco Liberty Bell.

Let’s hope we have a similarly good laugh about Tiangong-1 on April 2nd.

The Moon Base That Never Was