When Disney Went To the Moon With Aliens

Accounts of human-looking extraterrestrials have had a place in UFO literature since the early days of the modern phenomenon. By the early-1950s, thanks to the stories of Georges Adamski and Van Tassel, as well as other so-called “contactees,” such as Daniel Fry, Howard Menger, and Truman Bethurum, the notion of benevolent “Space Brothers” quietly helping humanity had become a core focus within the rapidly-expanding New Age subculture of UFOlogy.

Invariably, the aliens described in contactee accounts were human-like in appearance; attractive, often with long, light-coloured hair (blonde, white, or sandy), pale skin, and fine facial features. They ranged in height from around five to seven feet. For their passing resemblance to the people of Scandinavia, this alien type would come to be known collectively in UFO literature as the "Nordic." 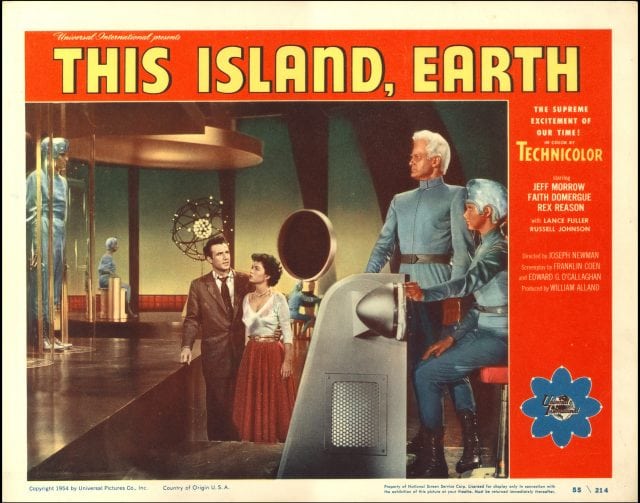 Nordics were making appearances in Hollywood’s UFO movies as early as 1951 in the iconic The Day the Earth Stood Still, in which the human-looking Klaatu arrives on Earth with a message of peace, but also with a warning for humanity, and an ultimatum: “Stop fighting and grow up… or we’ll destroy you.” Nordics would continue to show up in silver screen sci-fis throughout the 1950s, perhaps most obviously in the 1955 space opera, This Island Earth, which features aliens with white hair and high foreheads and whose mode of interstellar transport is a classic flying saucer. This was also one of the first films to depict the covert infiltration of our society by an alien civilization—a scenario described by contactees before and since.

One of the most interesting, but lesser known, examples of human-looking aliens onscreen is the live-action Disney comedy, Moon Pilot (1962). It follows astronaut Captain Richmond Talbot as he prepares to make the ﬁrst manned ﬂight around the moon. The mission is classiﬁed top secret, requiring Talbot to be kept under close and constant observation by NASA, the CIA, and the FBI. 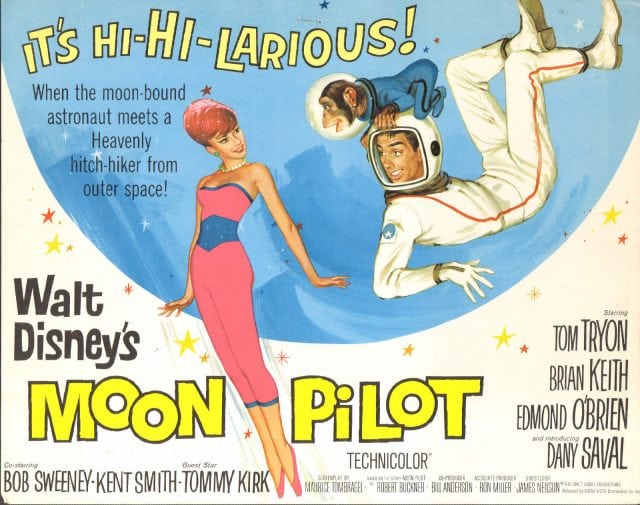 When Talbot is approached by a mysterious and attractive “foreign” woman, the government immediately suspects her to be a spy. Calling herself “Lyrae,” the woman has a disquieting amount of knowledge about the US space program and warns Talbot about possible technical faults in his spacecraft, oﬀering to remedy them with a special formula. We soon learn that Lyrae is a friendly extraterrestrial from the planet Beta Lyrae (Beta Lyrae, incidentally, is a real binary star system in the constellation of Lyra, approximately 960 light-years from Earth). Inevitably, Talbot falls for the cosmic beauty and decides to give his government tails the slip in order to spend some quality time with her. The movie ends with Talbot in his rocket launching successfully into lunar orbit with Lyrae onboard as a stowaway, the two lovebirds singing a kitsch ballad about Beta Lyrae as the credits roll.

In the context of UFOlogy, Moon Pilot is notable for its depiction of an attractive human-looking alien who wouldn’t seem out of place in any classic contactee story. The movie also boasts a few other points of interest: Lyrae can read minds, an ability commonly attributed to aliens in both contactee and abductee accounts; at one point, she even manifests a psychic projection of a little boy, who we are told is hers and Talbot’s future oﬀspring—an early allusion to alien-human interbreeding and hybrid children. 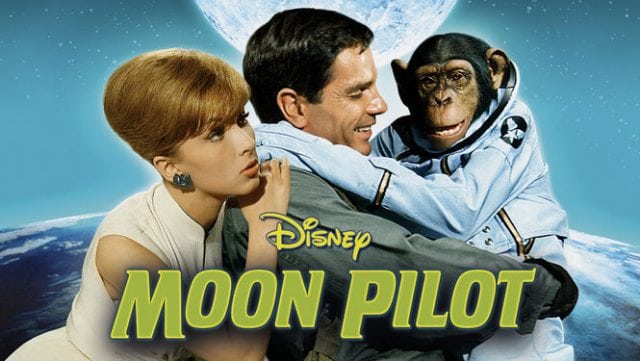 Curiously, Moon Pilot received co-operation from the US Air Force, despite the USAF’s almost unbroken track record up to this point of denying assistance to UFO-themed productions (although, technically, no "UFOs" are featured in the ﬁlm). The FBI, on the other hand was less sympathetic to the production. Upon seeing the movie’s portrayal of FBI agents as buﬀoons, J. Edgar Hoover himself reportedly put in an angry phone call to Walt Disney. But Hoover’s concerns about the ﬁlm likely went deeper than its comical depiction of FBI ﬁeld agents, as author Paul Meehan observes:

"Hoover’s interest in the UFO phenomenon is well documented, and one presumes that he was concerned with the public image of the FBI in connection with the investigation of UFOs."

All of this assumes an extra level of intrigue when considered in the broader historical context of Disney’s relationship to the UFO subject. Disney, of course, was highlighted specifically by the CIA-sponsored Robertson Panel as early as 1953 as an ideal conduit in its burgeoning UFO-media perception management efforts, and it was in the mid-1950s, according to famed animator Ward Kimball, that Disney was allegedly working with the US Air Force to produce a documentary that would help acclimate the public to the idea of alien life, although the project was ultimately aborted. Disney has since been connected to UFOs in a conspiratorial context through productions such as Alien Encounters from New Tomorrowland (1995), which many in the UFO community took to be a "soft Disclosure" effort, and Race to Witch Mountain (2009), a flying saucer movie that apparently received assistance from the CIA and NORAD in an "off the record" capacity.

Whether or not there was any kind of Ufological agenda behind Disney's Moon Pilot (and there probably was not), it remains an interesting and overlooked artifact in the history of Hollywood's engagement with UFO lore. Check it out if you can.

Computer Problems? It Could be Possessed by a Demon