Are you looking for something to prove to your doubting friends that NASA really sent astronauts to the Moon six times from 1969 to 1972? Here’s your proof – the current administration has issued a warning to other space-traveling countries and private space companies to stay way from those Apollo lunar landing sites or face the consequences. What kind of consequences? Would the U.S. go to war over its stuff on the Moon?

"The moon continues to hold great significance around the world. The successes of the Apollo missions still represent a profound human technological achievement almost 50 years later and continue to symbolize the pride of the only nation to send humans to an extraterrestrial body.”

“Pride” and “only nation” – those are fighting words to some, which may concern others since they’re in the first sentences of a document issued this week by the Office of the President of the United States entitled “Protecting & Preserving Apollo Program Lunar Landing Sites & Artifacts In accordance with the NASA Transition Authorization Act Of 2017.” The NASA Transition Authorization Act Of 2017 was signed into law by President Trump in March 2017. That act was supposed to financially protect the long-term space goals of NASA but was controversial because it eliminated the study of earth science, which had been part of NASA’s charter since its inception.

This new document focuses just on the six Apollo landing sites. The White House Office of Science and Technology Policy (OSTP) lays out why:

"Very little data exist that describe what effect temperature extremes, lunar dust, micrometeoroids, solar radiation, etc. have on such man-made material, and no data exist for time frames approaching the five decades that have elapsed since the Apollo missions. The Apollo artifacts and impact sites have the potential to provide unprecedented data if lunar missions to gather and not corrupt the data are developed. These data will be invaluable for helping to design future long-duration systems for operation on the lunar surface." 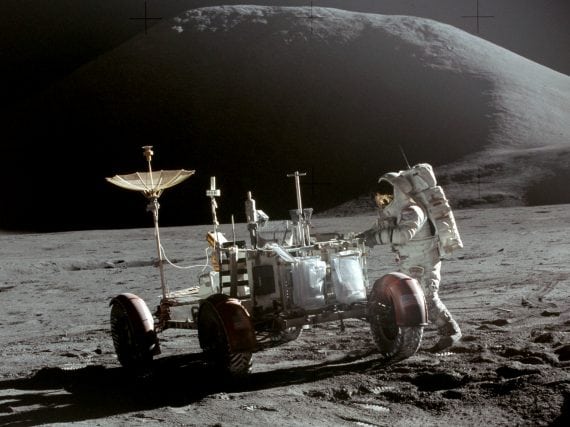 So, it’s not about protecting these sites as future tourist attractions but as scientifically significant storehouses of the long-term effects of space on objects from Earth. That’s data that should be shared amongst all space travelers, no matter their place of origin … right?

“Taken together, these existing provisions create a system in which other space-faring countries have an obligation to exercise control over their own activities in outer space as well as those activities of their private actors. Any activities in space that could interfere with U.S. space objects—including equipment on the Moon—should include advance consultation with the United States. The United States continues to own and have jurisdiction over U.S. origin lunar equipment, and other states could be liable to damage to U.S. objects. Although not specifically about lunar artifacts, these provisions could be leveraged to discourage activities that would put those artifacts at risk.”

“Other states could be liable.” Is enforcing this liability what President Trump had in mind earlier this month with his recent comments on creating a Space Force?

“Space is a war-fighting domain, just like the land, air, and sea.” 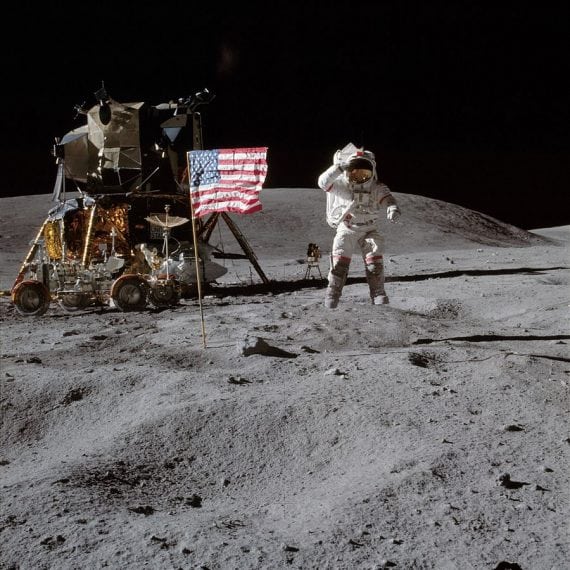 What might happen if Russian cosmonauts reach the Moon and go over to a landing site and kick the tires on a rover? Or knock over a lander? Or plant their own flag?

“The National Aeronautics and Space Administration, Department of State, and other interested Departments and Agencies, with guidance from the National Space Council, and other relevant U.S. public and private entities, should discuss the pros and cons of beginning international dialogue on the best ways to mitigate risks presented by future human and robotic exploration to the lunar artifacts of the United States and other countries.”