The world’s oldest tattoo has been discovered in a most unexpected place. Can you guess where it was? 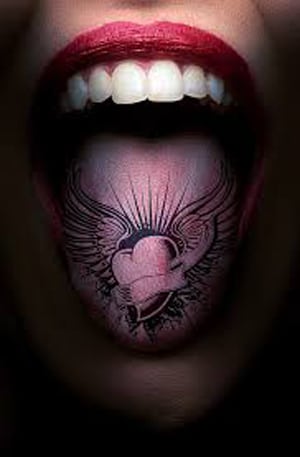 No, not there, but that's a good guess. And yes, it was a trick question. The tattoos of animals were found in the British Museum on two Egyptian mummies that are 5200 years old, making them the oldest figurative tattoos ever and rewriting the history of the needle-and-ink-on-skin art form along with why humans put them on each other.

The tattoos were hiding in plain sight at the British Museum’s exhibit of two mummies – a male and female – uncovered 100 years ago in Gebelein, Egypt, about 25 miles (40 km) from Luxor. Radiocarbon dating puts them living between 3351 and 3017 BCE, shortly before Narmer united their Upper Egypt with Lower Egypt and became the first pharaoh of the First Dynasty. The two appear to have been ordinary people because they were buried in shallow graves rather than tombs and their mummification was caused naturally by the heat and arid air of the desert. However, what has been discovered on their arms makes them most extraordinary.

"Only now are we gaining new insights into the lives of these remarkably preserved individuals. Incredibly, at over 5,000 years of age, they push back the evidence for tattooing in Africa by a millennium."

Daniel Antoine, the British Museum's Curator of Physical Anthropology and lead author of the research paper published this week in the Journal of Archaeological Science, told the BBC that the male was under 21 when he died from what appears to be a stab wound in his back. That may or may not be related to what new CAT scans discovered – what were first thought to be smudges on his arm are actually tattoos that resemble a wild bull with a tail and horns and a Barbary sheep. The tattoos on the woman were four small S-shaped designs and others of batons or staffs used in dances – symbols that may indicate she had a high status. The tattoos are under their skin and appear to have used soot for ink.

Was the tattoo related to the man’s stabbing? This was the first evidence of tattooing on an ancient male – archeologists had believed only women modified their bodies in this manner. They believe the male’s tattoos – two strong animals – probably denoted status, bravery or virility, so it’s possible he was killed defending one of them.

These tattoos predate the oldest known ancient Egyptian (and, for that matter, African) tattoo by about 1,200 years. However, fans of Otzi the Iceman – the mummy found in the Alps who lived between 3400 and 3100 BCE – will point out that he also had tattoos. True, but Otzi’s were of dots and lines and may have been a form of healing acupuncture rather than decorations.