You Can Back Up Your Brain — But There’s a Catch

Remember the doctor who claimed he was perfecting a way to perform human head transplants? Have you seen anyone walking around clumsily with stitches on their neck, a puzzled look on their face and reporters asking them how it feels to be the first head-transplant recipient? How about someone walking out of a cryogenics clinic shivering uncontrollably until their new frozen brain implant warms up? Neither has Robert McIntyre, an MIT graduate and entrepreneur who decided there must be a better way to preserve a brain that works right now. The result is Nectome, a start-up whose slogan is:

“What if we told you we could back up your mind?” 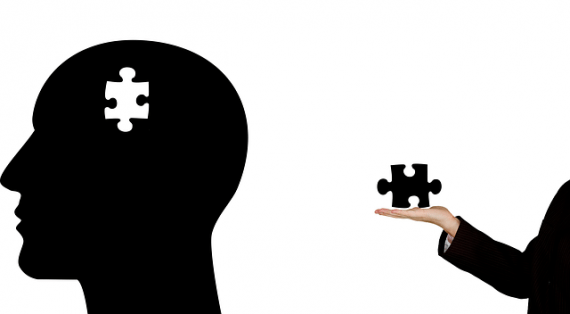 Robert McIntyre is doing more than telling … he’s going to demonstrate his technology for preserving the contents of a human brain in such a way that its synapses can actually be seen firing under an electron microscope. If that sounds enticing and you want to be the first in line at the demonstration to be backed up … you’re too late. McIntyre and his partners – fellow MIT grad and software developer Michael McCanna and MIT neuroscientist and Breakthrough Prize in Life Sciences winner Edward Boyden (there’s a lot of brain power behind this brain project – that’s a good sign) – have already signed up 25 people who have paid $10,000 deposits to back up their minds (they’ve got money – another good sign).

There’s just one catch – in order for Nectome and its brainy team to collect the contents of your brain, you have to be freshly dead (uh-oh -- bad sign) … preferably while in their lab.

Unfortunately, Nectome’s back up procedure sounds a lot like a combination of embalming and cryonics ... with a little assisted suicide thrown in to further complicate things. Nectome’s “aldehyde-stabilized cryopreservation” starts with the paid-up customer/patient breathing their last breaths hooked up to an artificial heart-lung machine. Next, a chemical preservative is pumped into the circulatory system which quickly kills the former customer/former patient/corpse but instantly preserves their brain.

Does it work? In 2016, McIntyre won the Small Mammal Brain Preservation Prize for preserving a rabbit’s brain using aldehyde-stabilized cryopreservation and this month won the $80,000 Large Mammal Brain Preservation prize for preserving a pig’s brain and showing its synapses under an electron microscope. If that’s not enough to convince you to send in your $10,000 deposit, they have also preserved a human brain that had been dead for a few hours. That proved the cellular preservation part but not the mind backup part since they claim the preservation must occur at the moment of death.

Will they be demonstrating a full death-preservation-mind backup sequence at the Y-Combinator Demo Day next week? (Y-Combinator is a Silicon Valley based (no surprise here) seed accelerator (venture capitalist)) No -- it's not ready yet --  but legally, they could. Nectome claims it has checked out California’s End of Life Option Act and believes aldehyde-stabilized cryopreservation is legal, at least if the patient/customer is terminally ill.

What about if they’re a Silicon Valley billionaire who wants to live forever? Put away your bitcoins, Peter Thiel, and step to the rear of the line like everyone else.