“You Have Shot My Friend.” This Early American Sasquatch Story is One of the Eeriest

It is arguably one of the most unusual stories in the already strange mythos surrounding the North American Sasquatch. The account, given in 1929 by a man named Charley Victor, is also one of the few to suggest that the “creatures” spoke a language… and one shared by humans.

Victor was a member of the Skwah Reserve in the 1920s. According to the British Columbia Assembly of First Nations, The Skwah First Nation (sometimes also called the Skwah Band) is a band government of the Stó:lõ or "Staulo" people, and part of the Chillukweyuk Tribe, near the eponymously named City of Chilliwack, British Columbia, Canada.

“Indians have always known that wild men lived in the distant mountains,” Victor was quoted saying in MacLean’s Magazine in 1929, “within sixty and one hundred miles east of Vancouver, and of course they may live in other places throughout the province, but I have never heard of it.”

Victor’s recollections were among many that were shared with J.W. Burns, a teacher at the Chehalis Indian Reserve in Vancouver, British Columbia. Burns wrote several articles on the subject, and is credited today with coining the word “Sasquatch,” a likely mispronunciation of an earlier Native American name for the creatures.

Charley, according to the story he gave to Mr. Burns, had been “one of the best hunters in the province and had many thrilling adventures in his time.” When approached by Burns on the subject, Victor told the educator that he knew many stories about the “strange people,” as he called them; a group of hairy mountain people “of whom there are but few now.”

Victor’s earliest encounter involved an occasion where he and three friends were traversing a mountain slope in the region within six miles of Yale, British Columbia, picking a raspberry-like fruit known in the region as “salmonberries” for their pink color. Victor and his friends came upon the entrance to a cave, which surprised the group of men because they hadn’t previously known of any caves in the area.

Their curiosity piqued by what they had seen, Charley and his friends collected some branches of resinous pine, which they lit to illuminate the cave. According to Victor:

"Outside the mouth of the cave there was an enormous boulder. We peered into the cavity but couldn't see anything. We gathered some pitchwood, lighted it and began to explore. But before we got very far from the entrance of the cave, we came upon a sort of stone house or enclosure: it was a crude affair.”

Victor’s story is interesting for a number of reasons, namely due to the crude structure he and his friends claimed to have found within the cave. Actual compositional structures used for shelter are fairly unique among Sasquatch stories, and in this instance, it suggests a crude form of stonework used by whoever inhabited the cave at the time of its discovery. Returning home and telling of their discovery, Victor and his friends were warned by their elders to avoid the location at all costs, because of the strange people that likely lived there. Against their better judgment, the group returned again many days later, this time to find that the large stone outside the cave entrance had been tightly rolled into the opening, rendering any further snooping impossible.

This experience, Victor said, is what led to his discovery of the belief among his elders that Sasquatches existed. However, as it turns out, this was not his last encounter with the "strange people" of the mountains.

Victor told Burns of another occasion where, many years later, he was hunting in the mountains near the community of Hatzic, along the Fraser Valley region of the lower mainland of British Columbia. Victor, accompanied by his dog, had climbed to an area where a plateau unfolded, lined with large cedar trees. As they made their way along this raised area, Victor’s dog took off in the direction of one of the trees, pawing and leaping at an area where, approximately seven feet above the ground, there existed a large hole in the trunk.

"The dog pawed and leaped upon the trunk,” Victor remembered, “and looked at me to raise him up, which I did, and he went into the hole.” Within moments, Victor said a muffled cry came from within the hole. Thinking his dog had been lifted into the home of—and thus, a fight with—a bear, he called to the animal, trying to get it to drive whatever was in the hole out into the open.

“[O]ut came something I took for a bear. I shoot and it fell with a thud to the ground.

'Murder! Oh my!' I spoke to myself in surprise and alarm, for the thing I had shot looked to me like a white boy. He was nude. He was about twelve or fourteen years of age."

The appearance of what Victor describes here as a teenage caucasian boy, sans clothing, falling out of the side of the tree is of interest, especially in light of numerous traditions among First Nations people and other cultural groups in nearby regions pertaining to Sasquatches being "men stealers." This particular phraseology is borrowed from the missionary Elkanah Walker, who wrote in April 1840 of a giant "nocturnal class" of people who lived on a mountaintop in Northern Washington, according to traditional beliefs among the Spokane Indians. These "giants," it was said, were apt to carry away people from their camps and homes at night, a theme which is even implied today in certain literature pertaining to unsolved disappearances in National Parks. 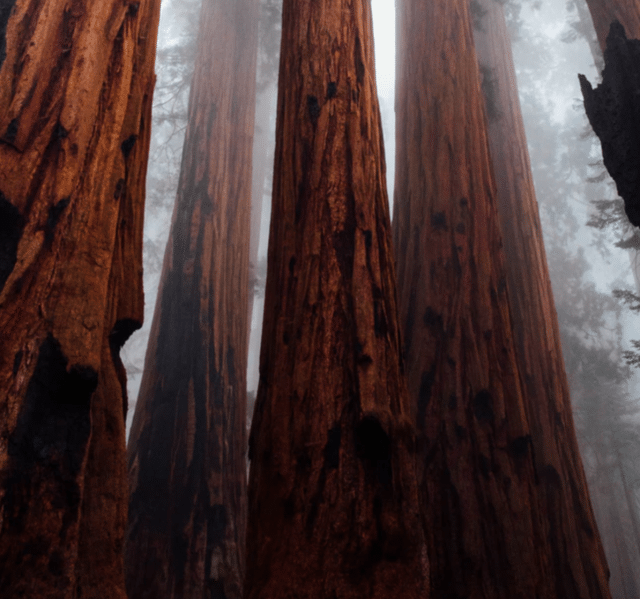 Victor's narrative becomes increasingly strange henceforth. The Caucasian boy (who Victor described as having black, "woolly hair," though it is unclear whether this was in a hirsute manner, or merely upon the boy's head) begins to "let out a wild yell, or rather a call as if he were appealing for help." An answer came echoing from some distance away, which Victor could hear moving steadily toward them. For whatever reason, Victor recounts having remained at the scene for "less than a half-hour," when out of the forest below them came "the strangest and wildest creature one could possibly see."

Victor recounted the creature's appearance to Burns as follows:

"I raised my rifle, not to shoot, but in case I would have to defend myself. The hairy creature, for that was what it was, walked toward me without the slightest fear. The wild person was a woman. Her face was almost negro black and her long straight hair fell to her waist. In height she would be about six feet, but her chest and shoulders were well above the average in breadth.'

Victor said the raw strength of the woman before him was evident with her movements, and he was certain she could easily have killed him with her bare hands.

"She cast a hasty glance at the boy," Victor said. "Her face took on a demoniacal expression when she saw he was bleeding. She turned upon me savagely, and in the Douglas tongue said: 'You have shot my friend.' "

It was brought to my attention by researcher Ken Kristian a number of years ago that this "Douglas tongue" Victor referenced in his narrative refers to a dialect among some of the Salish Indian groups around Port Douglas, near the northern end of Harrison Lake, British Columbia.

Victor, being part Douglas himself, recognized the dialect and responded to her that he was sorry and that he had mistaken the child for a bear. Then, according to Victor the woman then began to repeatedly beat the ground with a long, rope-like object that appeared to be a snake (though he later surmised that this was a length of intestine from some animal), while dancing "a sort of wild frisk" around the boy. Victor said he was able to hear what seemed to be vocalizations coming from the forest nearby during this time.

“It is my own opinion since I met that wild woman fifteen years ago that because she spoke the Douglas tongue these creatures must be related to the Indian," Victor recounted of his experience, which concluded with the large, presumably Sasquatch woman carrying the injured child off into the forest. However, before departing his company, the woman had apparently said more to him in this Douglas tongue: she promised him that he would "never kill another bear," presumably evoking what Victor took to be a sort of curse. Whether or not this was pure superstition, it apparently worked, at least according to Victor, who said he was never successful as a hunter in years that followed his unsettling encounter.

Writing about this, and other similar stories involving traditional beliefs associated with language among Sasquatch creatures a number of years ago, the late researcher Bobbie Short offered a brief collection of anecdotes pertaining to this subject, which I will share below. The first relates to traditions among Navaho sheepherders who talked of a creature, the Ye'iitsoh, which "speak the language of the northern tribes":

There is the report from Navajo sheepherders of old in the four corners district (where Utah, Colorado, Arizona and New Mexico come together) who believe to this day that the Ye'iitsoh speak the language of the northern tribes, "a tongue that we do not understand here in the southwest. They come here in the season of the long shadows to winter in our warmer climate and exchange sheep and goats for the fish they bring from the north -- fish that is not known to this area, making talk with us in a language that is not ours, but of the tribes who live in the north. They are of great size and have a body covered in long hair; they are the giant people from the mountains and traveling here is a great distance."

Short also shared at her website Bigfoot Encounters, an account from the late Gloria and John Millard who recounted observing a male sasquatch who "spoke stern words to its youngster while it was behaving badly." Also, a newspaper item from Wrangell, Alaska in 1918 told of a gold miner who had been cat-napping in a field where berries of some variety grew when he was awakened by the sound of "people talking." When he began to look for the source of the chatter, he claimed to see a "mother-bushwoman feeding berries to a little one and talking to it in the manner of the Tlingit language," referencing an indigenous group prevalent along the Pacific Northwestern coast.

It is hard to know what to make stories the likes of Charley Victor's unusual tale about a Sasquatch who spoke to him. While some have pointed out that speech among animals is a common belief in the context of American Indian legends, such dialogue is far less often likened to specific dialects shared among various Native groups. Taking the stories of Sasquatch language for what they are, they present a peculiar footnote in the broader narrative of large, monstrous humanoids said to inhabit America's most remote regions.