On the weekend of April 13-15, I spoke at the annual Ozark Mountain UFO Conference on the subject of the Men in Black. As so often happens at such gigs, people have questions for the speakers. One of the questions put to me went something like this: "Why don't the aliens intervene and do something for us?" It was a question provoked by my speculation that within a century or so from now we will have well and truly irreversibly fucked up not just ourselves but the planet and everything that shares it with us. Yes, contrary to what some might think, it's not just our world: there are plenty of other animals that will suffer as a result of our reckless stupidity.

Given that we may well end up wiping ourselves out, it might seem reasonable to think that, at the last moment, the aliens will step in and disable every nuke on the planet and prevent destruction on a worldwide scale (slight shades of 1951's The Day The Earth Stood Still). Of course, this all assumes that the aliens actually care about us and the many other lifeforms on the planet. There are those who believe that the aliens are indeed our friends and that they are here to keep us on a road that takes us far away from destruction via nuclear war and ecological collapse  - and who knows what else? But, is that really the case? Probably not. Although, no doubt, such a scenario may help some get to sleep at night. 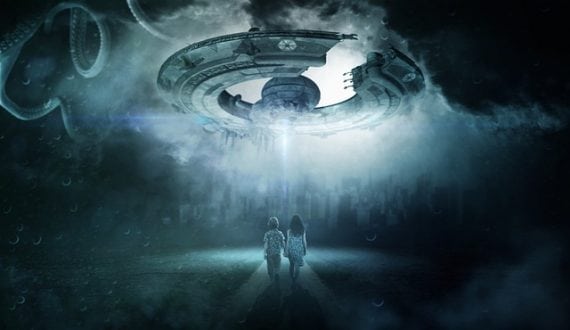 Yes, there are indications that our visitors (from wherever) may have concerns for our existence and our extinction. But, those same concerns never really seem to be anything but halfhearted in nature and content. Take, for example, the Space Brothers of the 1950s. Those long-haired hippy types who dropped in to say "Hi, Earthling!" to the likes of George Adamski, George Van Tassel, Truman Bethurum and Orfeo Angelucci, and who warned them of the dangers of the A-bomb, certainly did state that we were on a road to destruction. But, if they really cared, why just share their concerns with a bunch of people in the deserts of California, Nevada, and Arizona? Yes, Adamski's first book, Flying Saucers Have Landed (co-written with Desmond Leslie) sold well. And, yes, George Van Tassel's annual gigs at Giant Rock, California attracted audiences in the thousands at their height.

For the most part, though, more than a few of the Contactees languished in obscurity and had to settle for selling a few of their self-published pamphlets, booklets and books to fairly small crowds. And today, many of those Contactees are forgotten and turned to dust. So, what was the point behind the actions of the Space Brothers? If it really was to save us from ourselves, they failed miserably. The reason being that chummy chats with a few people out at Giant Rock is not going to save the planet. Scaring the crap out of a bunch of people in desert locations in the early years of the Cold War achieved nothing - except for creating the image of caring ETs. Which may have been the point all along. And don't bother me with theories concerning real-life equivalents of Star Trek's "Prime Directive." Bringing the likes of something as yawn-inducing and crappy as Star Trek into the equation does nothing but turn matters into a nerd/geek fest.

It's pretty much the same with the black-eyed, big-headed, emotionless entities known as the Greys. Countless numbers of alien abductees have reported seeing images in their minds of the final days of planet Earth, of worldwide destruction, and of the end of humanity. We're led to believe that this is because the Greys like us a lot; they're warning us of what lurks ominously around the corner. They love us and they really want to see us make it. If that's the case, then why do they not make themselves known to one and all (again, please don't mention Star Trek...)? Why target a very small handful of the overall human population and encourage them to patiently write books and hit the road and speak at conferences, when doing so achieves absolutely nothing outside of the realm of Ufology? 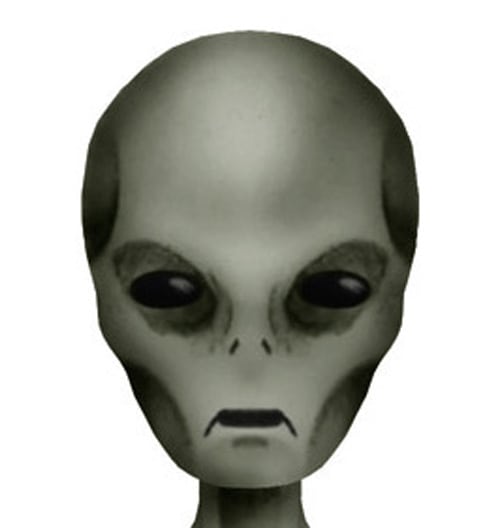 The fact is that we only have their word that they are our friends (or, at least, that they have a desire for us not to end up as a combined pile of radioactive ash). We even only have their word that they are alien (in the extraterrestrial fashion). Maybe they are actually Mac Tonnies' Cryptoterrestrials (doubtful, but I guess not completely impossible), John Keel's Ultraterrestrials (a theory I like a lot), or even time-travelers from our very own future (Flying Saucers but no DeLoreans?).

UFO witnesses, contactees and abductees are all too quick to embrace the aliens, their words of friendliness, and their fears for our future. But, I kind of see it all as something, in a somewhat skewed fashion, that is akin to Stockholm Syndrome. Hanging onto the words of entities that may not be what they appear to be, and whose primary goal seems to be to ensure that we see them as our friends (when they may not be), is not a good thing. The Space-Brothers and the Greys don't just try to be our friends. They try too hard. Our mysterious visitors do not care; they just try and convince us they do. And, that should be a cause for concern and alarm.

Lake Serpent, the Oldest Shipwreck in Lake Erie, May Have Been Found