An Eccentric Millionaire and his Lost Rocky Mountain Treasure

There has always been a certain allure to the idea of lost, unobtainable treasure hidden away out in the wild places of the world. Such puzzles and mysteries lure us in and many of us find it hard to resist this draw, with such enigmas going back well into history. Yet one of the most popular such treasure hunts has happened in very recent years. In 2010, an 87-year-old former US Air Force pilot and eccentric millionaire art gallery dealer based in based in Santa Fe, New Mexico by the name of Forrest Fenn set about hiding away a treasure trove of loot containing cash, gold, artifacts, gems and jewels worth between $2 million and $5 million in today’s money somewhere in the Rocky Mountains of the U.S. state of Colorado, and then quickly made it known that the fortune was out there to be found. Upon the news of this lost treasure, thousands of people were immediately discussing the possible whereabouts and setting up expeditions to find it, and this would go on to become one of the greatest mad dash treasure hunts of modern times.

Fenn has been approached and mailed thousands of times since the news broke, his story launched firmly into the public consciousness, but has been persistently cryptic as to where the treasure could be hidden. He has only said that it lies somewhere north of Santa Fe, and over 300 miles west of Toledo, Ohio, at an elevation over 5,000 feet above sea level. He has also hinted that it is not in Nevada, Idaho, Utah or Canada, nor is it underwater or anywhere near the Rio Grande River. This puts it in either New Mexico, Colorado, Wyoming, or Montana, which doesn't really narrow it down too much at all considering the vast stretches of wilderness to be covered.

Other various clues have been that it is not under a manmade object, it does not require one to move any large rocks or boulders to gain access to it, and that it can be reached by vehicle, noting that he was 80 years old when he slogged out there to hide it. One clue is also that it is all ensconced within a “bronze Romanesque chest” measuring 10 inches by 10 inches in dimension. Fenn would go on to pen two books called The Thrill of the Chase and Too Far to Walk, which contain maps and a poem which he claims holds the integral clue to solving the mystery. He has said of this:

Read the clues in my poem over and over and study maps of the Rocky Mountains. Try to marry the two. The treasure is out there waiting for the person who can make all the lines cross in the right spot. The map shows the area in which the treasure is hidden, but there’s no X on it. No one will happen upon the treasure. They will have to figure out the clues before they can find it. The treasure is not easy to find, but it certainly isn’t impossible. All someone has to do is solve the clues in the poem and the chest can be theirs. All of the information you need to find the treasure is in the poem. The chapters in my book have very subtle hints but are not deliberately placed to aid the seeker. Good luck in the search.

The cryptic poem itself has been endlessly picked apart and discussed, and is seen as having some key part to play in it all, although what that could be remains unknown. The poem in its entirety reads:

As I have gone alone in there
And with my treasures bold,
I can keep my secret where,
And hint of riches new and old.
Begin it where warm waters halt
And take it in the canyon down,
Not far, but too far to walk.
Put in below the home of Brown.
From there it’s no place for the meek,
The end is ever drawing nigh;
There’ll be no paddle up your creek,
Just heavy loads and water high.
If you’ve been wise and found the blaze,
Look quickly down, your quest to cease,
But tarry scant with marvel gaze,
Just take the chest and go in peace.
So why is it that I must go
And leave my trove for all to seek?
The answers I already know,
I’ve done it tired, and now I’m weak.
So hear me all and listen good,
Your effort will be worth the cold.
If you are brave and in the wood
I give you title to the gold. 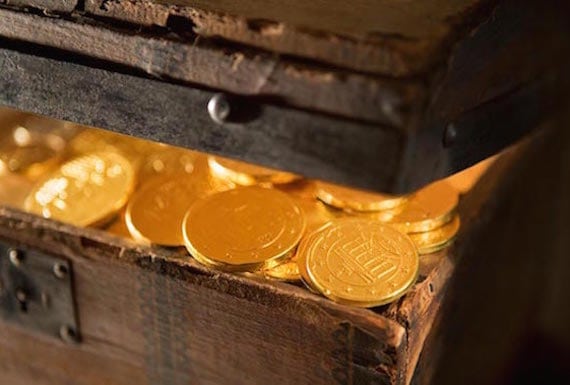 Fenn has also said that the treasure may take up to 1,000 years to find and that it is well hidden, but at the same time not particularly difficult to get to. According to most reports thousands of people have gone off in search of the treasure, and by Fenn’s estimate at least 350,000 people have tried unsuccessfully to locate it. Unfortunately, considering the perilous terrain of the region and people’s genuine, reckless gusto in pursuing the treasure, there have been reportedly at least 4 deaths linked to the hunt for the loot. In 2016 a body found by rafters floating along the Rio Grande between Espanola and Taos was found to be that of 52-year-old pastor and treasure hunter Paris Wallace, who is though to have died while searching for the Fenn treasure. That same year a retired mechanic named Randy Bilyeu stomped off into the wilds in search of the treasure and vanished off the face of the earth, with only his raft and dog left behind.

There was also the case of 31-year-old Eric Ashby, whose dead body was pulled from Colorado’s Arkansas River after his raft overturned on an excursion to find the loot. The deaths linked to the treasure hunt coaxed Fenn himself out to make a statement that those who would hunt for it be prepared and not take any unnecessary risks. He also reiterated that the location of the treasure is not particularly remote, nor harrowing to get to, and has said of this:

Please don’t ever overextend yourself. I was 80 or about when I hid the treasure and it was not a difficult task. I will soon be 87 and I could go back and get it if I were so inclined, I think.

In the wake of such tragedies and calls to put an end to the treasure hunt, Fenn has also been very vocal that it was all meant merely as a way to get people out into the outdoors and to embark on adventures. He told Business Insider:

I wanted to give the kids something to do. They spend too much time in the game room or playing with their little handheld texting machines. I hope parents will take their children camping and hiking in the Rocky Mountains. I hope they will fish, look for fossils, turn rotten logs over to see what’s under them, and look for my treasure. There seemed to be despair everywhere. I wanted to give people some hope and something to believe in.

Of course there have been many who have accused the whole thing of being merely a hoax and a publicity stunt, and that these people have died looking for a phantom treasure that is not even there. Fenn has responded by insisting that it is really out there and that it is findable if one can unravel the clues. He has said:

There are only a few who have said it is a hoax, and I don't say anything to them. The funny part is that they think they know exactly where it is hidden. When they arrive at that spot and the treasure is not there, they think one of two things: either someone has already found it, or it's a hoax. Ironically, most of them are still looking.

Also vouching for Fenn’s veracity are several close friends of his, such as a Doug Preston, who says of the man and his buried treasure:

As far as proof goes [that he hid the treasure] there's no proof. It’s hard to prove a negative. The negative is that the chest is gone. It's not in his house and it's not in his vault. And also knowing Forrest for as long as I have, I can absolutely say with 100 percent confidence that he would never pull off a hoax. I'm absolutely sure that he hid that treasure chest. 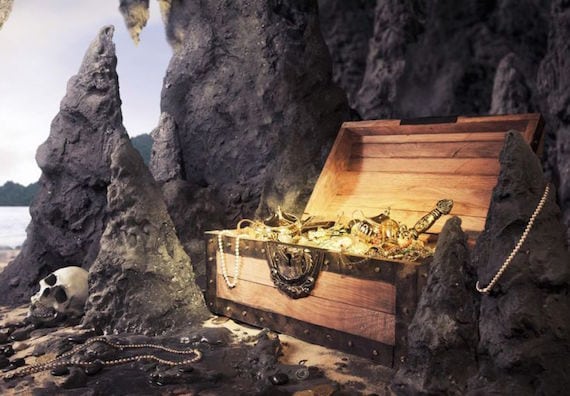 Whatever the case may be, there are many who are still picking apart the clues and venturing out into the Rocky Mountain wilds to find the secret stash. For some, the lure of the mystery and an unfound treasure trove is irresistible. However, as of yet no one has come even close to actually locating it. One wonders whether Fenn will eventually cave in and give more hints, but he has remained very quiet on this front, and has said:

No one knows where that treasure chest is but me. They can go get it. But I'm not going to tell them where it is. If I die tomorrow, the knowledge of that location goes in the coffin with me.

Is this treasure really out there, and if so where is it? The answers have remained elusive and hard to pin down. One wonders if anyone will be able to trudge out into these wilds and find the secret treasure any time soon or if it will take the full 1,000 years as Fenn predicts. Whether it is all real, a hoax, or whatever, it certainly all illuminates our obsession with buried or sunken treasure, and the lengths through which some will go to find it.