Oh, snap! That earthy image really mars our picture of it. Wonder what it Saturn? (Insert your own bad Uranus jokes and puns here.)

Finished? That giggling sound you hear is astronomers around the world enjoying their once-in-a-lifetime opportunity to make an announcement, tell a joke and school the masses on the correct pronunciation of the seventh planet from the Sun (it’s UR-unus.)

"If an unfortunate human were ever to descend through Uranus' clouds, they would be met with very unpleasant and odoriferous conditions." 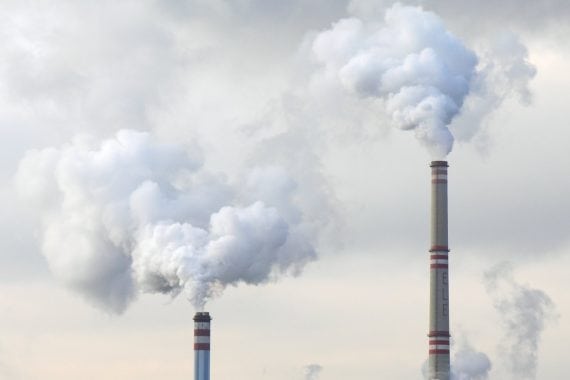 “Very unpleasant and odoriferous conditions" is the scientific term for “farts” in a new study co-authored authored by astronomer Patrick Irwin of England’s Oxford University. Published this week in Nature Astronomy, the study explains how Irwin and his colleagues used the Near-Infrared Integral Field Spectrometer (NIFS – which can be rearranged to spell ‘snif’) on the Gemini North telescope in Hawaii to ‘snif’ what Uranus is cooking. And what it’s cooking is rotten eggs and worse, according to the readings.

"We've strongly suspected that hydrogen sulphide gas was influencing the millimetre spectrum of Uranus for some time, but we were unable to attribute the absorption needed to it uniquely. Now, that part of the puzzle is falling into place as well."

Which brings us to the question … are there rotten eggs on Uranus and if so, how did they get there? (Can we blame the Klingons?)

“During our Solar System’s formation the balance between nitrogen and sulphur was determined by the temperature and location of planet’s formation. This tells you the gas giants and the ice giants formed in a slightly different way. They had access to different reservoirs of material back in the forming days of the solar system.”

Co-author Dr. Leigh Fletcher of the University of Leicester’s Department of Physics and Astronomy explains in a press release why the gas giants – Jupiter and Saturn – can hide whatever hydrogen sulfide they might have under thick clouds of ammonia gas, while the ice giants – Uranus and Neptune (which also has hydrogen sulfide) -- show signatures of it in their upper cloud decks, which were suspected but not detected until the arrival of the big sniffer – the Near-Infrared Integral Field Spectrometer. 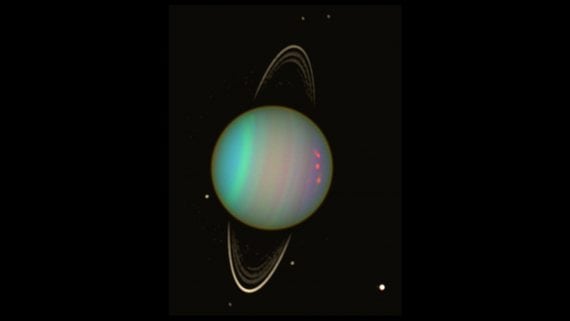 What does this discovery mean for future probes to Uranus? Irwin explains the bad news/good news.

“If an unfortunate human were ever to descend through Uranus’s clouds, they would be met with very unpleasant and odiferous conditions.”

"Suffocation and exposure in the negative 200 degrees Celsius atmosphere made of mostly hydrogen, helium, and methane would take its toll long before the smell.”

Perhaps the best approach is to send up a sign in a universal language – cuneiform perhaps – and plant it on one or all of the planet’s 27 moons with an arrow pointing to Uranus and a message reading: