One very bizarre and outlandish category of cryptid is that of strange beasts resembling canine humanoids of some sort. Such reports have come in from all around the world and have always invoked whispers of werewolves and genetic experimentation, but far from the realm of pure speculation and urban legend there are sometimes pieces of photographic evidence brought forward that serve to keep the idea of "dog-men" alive. Here is a selection of some of the spookiest and inexplicable Dog Man videos and photos that have come out to stoke debate and discussion.

In October of 2017, a very peculiar video began making the rounds which shows what most people have described as a human-dog hybrid type creature. The video in question was allegedly taken in the locale of Limpopo, an area in the northern part of South Africa. The video appears to have been taken by some people in a vehicle as they pass by on a road, and at first it seems to show just some dogs running around in a dusty open area, but something strange is soon evident as what looks almost like a human being running on all fours can be seen running alongside the dogs with a smoothness, speed, and gait that is decidedly not human-like at all. It meshes in nicely with a series of eyewitness sightings of something very much like this by frightened locals in the days surrounding the time the video was taken.

The video is taken from a fair distance away, but the creature in question is unquestionably not a dog, and it certainly seems to be having no trouble racing along with the rest of the pack, leading the video to become a bit of a sensation since it went up online. Commenters have put forward all manner of theories as to what it could be, with some saying it must be a CGI fake or just someone messing around, while others have suggested it is a Skinwalker, a Werewolf, a new species, or a “feral child” brought up among the dogs who is perhaps even the top dog of the pack. One commenter said of this:

The surrounding dogs weren’t simply just accompanying the creature, they were Protecting it. Whatever that was, it was absolutely their leader. Gave me chills. Great vid.

Whatever it is remains a mystery. You can see the video of the “South Africa Dogman” here. Another video showing something that appears to be some sort of dog-human hybrid was taken in 2007 along the northbound portion of the A338 Wessex Way road in Bournemouth, Dorset, England. The creature was captured on a surveillance camera along the highway, and at first it just shows cars speeding by, that is until something dashes across the road despite all of the traffic going by. Although at normal speed the thing, although very fast and agile, looks like it could be just a cat or a dog, closer analysis turns up some bizarre oddities. The creature seems to be distinctly humanoid in general shape, but running on all fours, and it certainly does not look like a normal dog or cat.

The main theory going around is that it looks like it might be a bear, but it moves at a very rapid pace and the other problem is that there are no bears in England. Another is that it is a hoax, which could be the case but it is curious that this is footage from a CCTV camera. Of course England has plenty of odd reports of alien big cats, demonic black dogs, werewolves, and even hairy hominids, so there has been talk that there is something very strange in the footage indeed. What is this thing? You can see the footage here and decide for yourself. 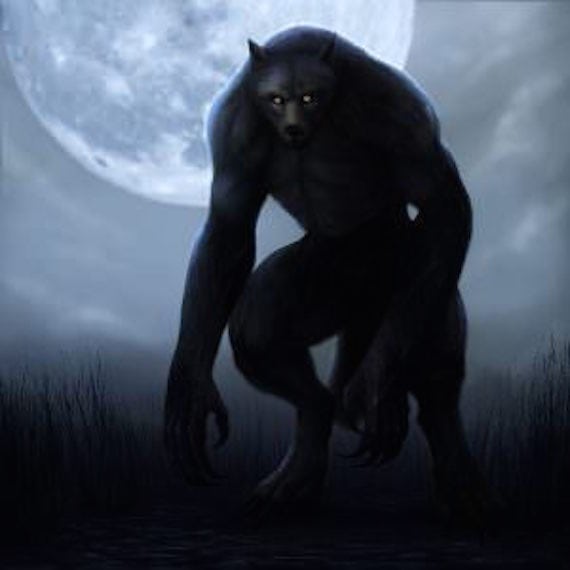 Most recent of all is a photo of a beast in April of 2018 taken in Santa Fe, Argentina, where locals claim there have been numerous sightings of a half-man, half-animal beast that has been terrorizing the area and slaughtering dogs. The creature is said to resemble a dog in a sense, but with a longer limbs and with a long neck and small head reminiscent of a camel. The creature was allegedly caught on film prowling through a darkened street after supposedly mauling and killing a German shepherd and pit bull dog. A video on the photo was released on the site UFOmania and was hotly debated. Commenters suggested everything from CGI to the Chupacabras, and one even claimed to have seen one of the beasts before, saying:

I saw one of these things in 2005, it was crossing a bridge and we came upon it. It blew my mind because it looked at us and turned and began moving just like a kangaroo would and cleared the concrete bridge wall easily and dropped at least 15 to 20 feet.

The general consensus of many skeptics seems to be that the whole thing is a hoax and that the creature was lifted from the werewolf creature from Harry Potter and The Prisoner of Azkaban, while others think the resemblance is coincidental. Regardless of what it is, the original video with the image has generated over 2 million views, so it is certainly attracting a lot of attention, hoax or not. What do you think it is? You can see the video here.

Of course these may all be hoaxes, and we live in an era of YouTube where anomalous videos are a dime a dozen. Yet these and others like them have still managed to capture the imagination and make us wonder about what lies out there. Are any of these real, and if so what do they show? Werewolves, Skinwalkers, strange new species, or aliens? Or are these just cleverly crafted tricks? Whatever the case may be, they are all rather intriguing and creepy nevertheless.

Strange Cases of People Who Fought Off the Black Eyed Kids