What’s scarier – a leak at a nuclear power plant or a leak at a factory raising 6 billion ‘super cockroaches’ for alleged “medicinal” purposes? Here’s a better question. What’s scarier – humans raising super cockroaches to save humanity or artificial intelligence raising cockroaches to destroy it? Those are just some of the scenarios being discussed (amidst the screams) as news spreads of a massive (the world’s largest) cockroach farm in China that is operated and managed using artificial intelligence to breed and control super roaches for medicine … and more?

“It is warm, humid and dark all year round, with freedom to roam to find food and reproduce. Fully sealed like a prison, it has strict limitations on access to visitors. From birth to death, inhabitants never see the sun.”

That dystopian scene comes not from the opening lines of a movie script but from the South China Morning Post, which, to its credit, is at least dragging the operation, if not the inhabitants, of this “prison” out into the daylight. The Xichang facility belongs to the Orwellian-named Gooddoctor Pharmaceutical Group of Chengdu, Sichuan, which refused to answer questions from the media, citing “trade secrets.” Trade secrets for what? It’s not the formula for its main product – a popular Chinese healing potions whose sole ingredient is “Periplaneta americana” – the American cockroach. And this is no health food store or mail order only concoction either. How popular is it? According to a researcher experienced in cockroach-related medicines at the Institute of Materia Medica at the Chinese Academy of Medical Sciences (CAMS) in Beijing:

“The potion is not a panacea – it does not have a magic power against all diseases. But its effect on certain symptoms is well established, and confirmed by molecular science and large-scale hospital applications.” 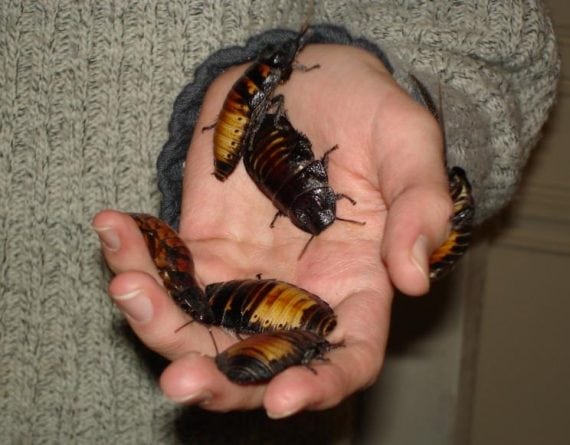 According to a 2011 government report, over 40 million doses of roach-based pills and potions are sold in China each year and over 4,000 hospitals get their supply of it from this and similar but smaller roach farms in Xichang to treat “stomach pains and other ailments.” (Does it help the nausea caused by thinking about drinking 100% pure liquid cockroach?)

“There were very few human beings in the facility. On shelves, floors and ceiling, the cockroaches were everywhere. Hold your breath and (you) only hear a rustling sound. Whenever flashlights swept, the cockroaches fled. Wherever the beam landed, there was a sound like wind blowing through leaves.”

And blowing through the fans of the racks of computer servers powering the real trade secret – the artificial intelligence developed by the “Gooddoctor” to run this farm and breed these billions of super roaches without human intervention. The facility uses a 24/7 “smart manufacturing" system that collects and analyses data on humidity, temperature, food supply, and 80 more categories. It also monitors genetic mutations and their effect on growth and other cockroach characteristics. Do they keep the mutants? What could possibly go wrong?

"Professor Zhu Chaodong, the Institute of Zoology’s lead scientist in insect evolution studies at the Chinese Academy of Sciences in Beijing, said it would be a “catastrophe” if billions of cockroaches were suddenly released into the environment – be it through human error or a natural disaster like an earthquake that damaged the building."

Or intentionally? Insects have been used as biological weapons since biblical times and rumors of testing continue to this day. An infestation of super cockroaches – perhaps pesticide-resistant giants – could wreak havoc on food supplies as well as cause psychological problems. Of course, that’s not what’s happening in China, right Professor Zhu?

"Every cockroach is a super-cockroach. Mother Nature has already done its job. There is little room left for us to make improvements." 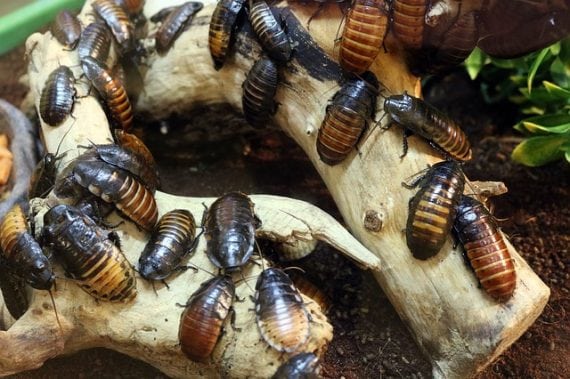 Money talks, especially when people are desperate for cures. A pack containing two bottles of 100ml cost about $8 US. Tea-colored liquid roach is said to taste sweet with a fishy smell. But you know it’s 100% roach because the bottle says so. And you know it’s safe because the Chinese government has funded studies claiming over 40 million patients with respiratory, gastric and other diseases were “cured” by drinking it – with a prescription from their doctor – and Chinese medical journals tout the drink for its healing powers, pain relief and “rejuvenating” effects.

“Our drug has been used in hospitals for many, many years and established an enormous number of fans. They all know it’s made from cockroaches. It is a disgusting insect, but there are hardly any drugs on the shelves with the same effect.”

There’s hardly any insects that stoke the same fears either. Who do you trust?