Diana Walsh Pasulka is a Professor of Religious Studies at the University of North Carolina, Wilmington, and Chair of the Department of Philosophy and Religion. Her research focuses on religion and technology, including supernatural belief and its connections to digital technologies and environments. She has consulted for movies and television, including The Conjuring (2013), and Conjuring II (2016), among others.

Professor Pasulka's forthcoming book (some of which I've had the privilege of reading), American Cosmic: UFOs, Religion, Technology, is due for publication through Oxford University Press early next year, and it promises to be one of the most fascinating and important ever written on the UFO topic (though its scope is considerably broader than flying saucers). Diana recently took some time out of her busy teaching schedule to answer a few of my questions about what she's discovered on her cosmic journey...

RG: Your much-anticipated book, American Cosmic, is due for publication early next year. What can readers expect?

DWP: The book really surprised me, and shifted my own expectations, so perhaps they can expect to be surprised. In fact, in the last paragraph of the last chapter I write, “I never expected it to end this way.” So, that should give an indication that it has an unexpected ending, since even I was surprised by it.

That said, readers should know that the book is like two books in one. I interview scientists and people who claim to directly work with the phenomena. I travel with them to places like the Vatican and an alleged UFO crash site in New Mexico. I also introduce my own research about how media technologies permeate our minds and bodies in a way that is imperceptible. Our memories, our bodies, and thus our cultures, are influenced and formed through our use of technologies, and media technologies in particular. Humans co-evolve with technology, and it is not just an instrument we use. At the same time, UFOs permeate culture and are perceived as advanced technology.
The book is both a story of my travels and work with scientists who believe in the phenomena and create technologies inspired by it, and an analysis of why we decide to call this phenomena extraterrestrial, or ultraterrestrials, or, UFOs. 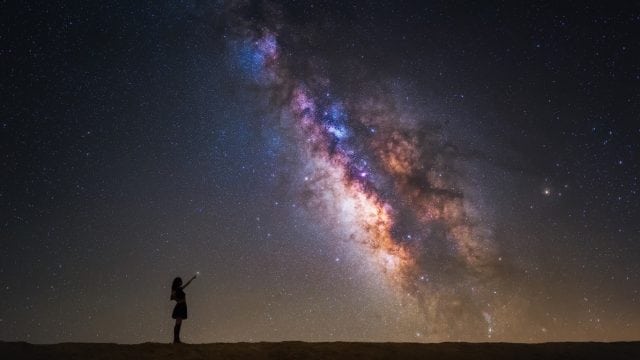 RG: How did a Religious Studies professor end up in the weird world of UFOs?

DWP: Scholars of religion study communities of people who believe in non-human intelligence, in the form of angels, deities, “forces,” bodhisattvas, etc. Many of the people who have experiences of UFOs interpret their own experiences as spiritual or religious. It seems that the methods of this field lend themselves to the study of UFO culture.

Additionally, I have written and published about Catholic history. My last book was a book about the Catholic doctrine of Purgatory. During the research of that book I came across a lot of records, from archives and chronicles, of flames, orbs, or comets, basically aerial phenomena, and I really wondered about these. I started a list of these records. At the time, a friend suggested that these were “UFO-like” and, coincidentally, I happened to read Jeffrey Kripal’s book, Authors of the Impossible, and I realized that these accounts did seem very similar. That is how I began to study modern experiencers.

RG: What are the parallels between classical religious experiences and modern UFO experiences?

DWP: There are similarities and many differences. Can we responsibly state that what the 16th Century nun St. Teresa of Avila experienced as a very odd, short, shining angel (depicted by the artist Bernini’s statue in Rome) is similar to what many experiencers feel they experience today, in the form of grey beings or shining beings? I don’t personally think we can make sweeping statements that they are equivalent, but we can carefully compare some historical cases with some modern cases and find interesting parallels.

For example, you can be sure that what people experience will get interpreted through various mediums like art, books, and in modern times, movies and documentaries, and that these often bear little resemblance to what the experiencer initially said or thought about the experience. Your own book, Robbie, Silver Screen Saucers, does an excellent job of revealing how Hollywood productions form and influence what we believe about the phenomena. 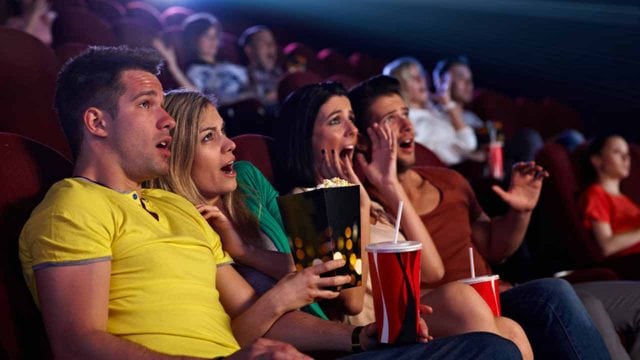 DWP: Following from the previous question, I believe that our work is similar in revealing that, with regard to the representation of the phenomena, and considering the declassified early government management of public perceptions of the phenomena, people who want to understand the phenomena as others have experienced it will do well to discount what is presented in most media, especially if it makes use of documentary-style techniques.

My work reveals how media is able to create “reality,” if you will, by using specific mechanisms that, in a sense, “trick” the mind into believing certain things. So, hoaxes, documentaries that make use of computer generated imagery, etc., can create belief that has far reaching cultural effects. The creation of films that use the research of cognitive scientists to insure that every scene lights up the pleasure points in our brains is just one case where the public consumes media that might have unintended effects. We watch movies that are obviously fictional and assume that we will, on all cognitive fronts, know that they are fiction. But, contemporary media technologies pervade our minds in ways that are not expected. They can form memories of events that never happened, for example. We don’t bargain for effects like this when we watch movies, read books, play video games, etc. 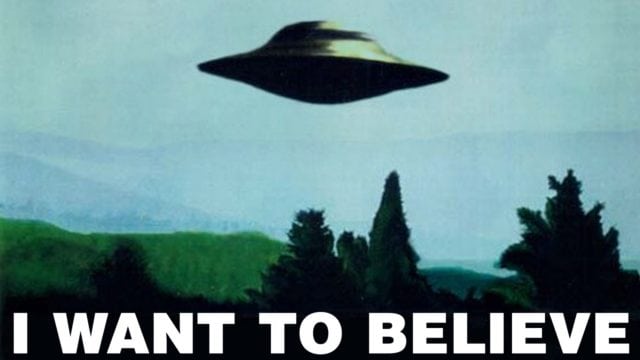 RG: What position, if any, do you take on the UFO phenomenon itself? Do you consider UFOs to be physically real objects, psycho-social constructs, or something else entirely?

DWP: I don’t have a position at the moment. Jacques Vallee has called UFOs windows, and I like this idea. Windows are things we can see through, from one room or reality into another, but they are also physical things, too. I have worked with scientists who believe in UFOs as physical objects, and I have been to alleged crash sites in New Mexico and have seen objects. Does that convince me that these are actually UFO artifacts? No. But, here is an object that baffles people who I respect—research scientists whose training is impeccable, so it makes me wonder, for sure.

Another way to think through the ontological status of the UFO is to understand that objects themselves are hard to pin down, actually. Philosophers have known this for a long time and are now conversing with scientists to ascertain the metaphysics of physical objects. I won’t go into this here, but, on one level I feel that UFO sightings and belief are “alerts.” They alert us to pay attention to technology (because they are perceived as advanced technology) and to things we cannot understand. I think it is okay to be confused by them. Remember that the Athenian philosopher Socrates was called the smartest person in the world because he admitted that he said he didn’t know anything. It is okay to not have a position. 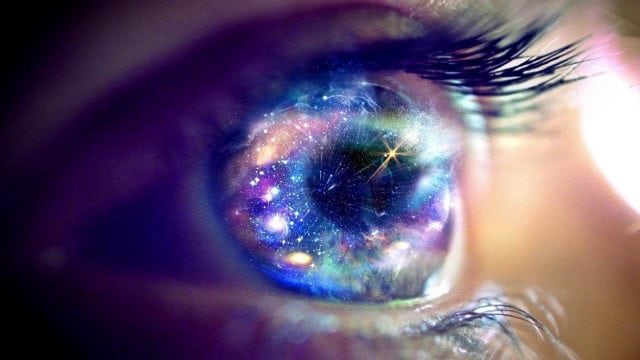 RG: Would you consider yourself a skeptic in your approach to your subject?

DWP: In the field of religious studies scholars are generally trained to study religious phenomena, practices, beliefs, etc., without weighing-in on whether it exists “objectively” (there are exceptions, like in the subfield of the philosophy of religion, for example). This is how I undertook the research for American Cosmic. But, there is a problem with the assumption in the question of whether one is either a skeptic or a believer. John Keel, a fascinating researcher, stated that belief is the enemy, but he was still completely engaged in the study of the phenomena. I would not call him a skeptic, but he also identified belief as something one should avoid. Where does this leave us, then? It leaves us in an excellent position, as we are given the keys to study the phenomena without having to make hard conclusions about it, which will inevitably be found out to be wrong, in my opinion. We can say that, when absolute truth is a moving target, we need to be flexible with our theories.

RG: What one thing above all others has your American Cosmic experience taught you about yourself? Has your worldview changed at all?

DWP: The experience of writing American Cosmic has changed my life. I now view my life this way: pre-2012 and post-2012. Obviously 2012, wherein I began to study the topic of UFOs, was a game-changer for my worldview. As a scholar of religion, I was used to reports of mystical phenomena and people who believed they were in contact with non-human intelligence. My research was historical, in that I studied these things as events of the past. The UFO research brought me into contact with religion in formation, with experiencers as they experienced these events, and with media technologists who deliver these events to the public, and for me it has been an electrifying experience, kind of like watching the creation of a global belief system, from the experience to the representation of the experience. Like Carl Jung said in his one book about UFOs, “We have here a golden opportunity to witness how a legend is formed…”

Jung was right, but the word legend doesn’t quite convey the immensity of these developments, although he also used the term “living myth.” My own description would be that it is more like an episode of the Twilight Zone within which one finds oneself, and from which one cannot escape, and probably does not even want to. That’s what it’s like. It’s pretty cool.

To learn more about Professor Pasulka's work, visit her website and her Amazon page.