On lists of scariest movies and scariest novels ever, “The Exorcist” is one of the few that appears at or near the top of both. The film’s director, William Friedkin, has just released a documentary in which he filmed an actual exorcism that he has previously admitted was “terrifying.” However, he’s now revealed something that seems to terrify him even more … science can’t explain what he saw.

“There are many things, like radioactivity, that we knew nothing about for the longest time. And now it has a name and it's a field of study. And maybe some day they'll find some medical or other term for possession. I don't know.”

In the meantime, Friedkin remains shook up by both the real exorcism that he witnessed and by the response he received from the doctors and psychiatrists who watched the video in his new documentary, “The Devil and Father Amorth.” Father Armorth is the late Italian priest and experienced exorcist Gabriele Amorth, who allowed Friedkin to witness his exorcism of a 46-year-old Italian woman in 2016. While Friedkin admitted that being just two feet away from the act terrified him, that terror eventually turned to empathy for the woman. It also convinced him that, if he were to make the movie today, it would be quite different. 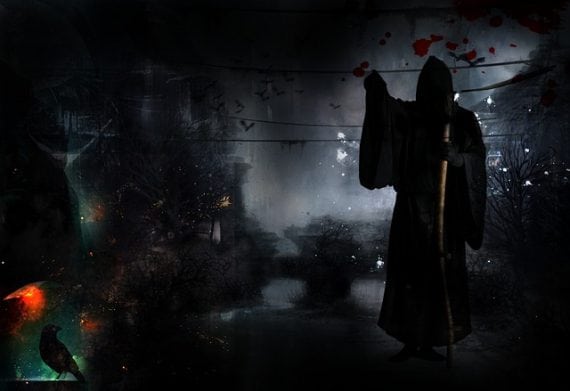 Both Father Amorth and Friedkin admitted that the common view of exorcisms is based on the movie, which is much different from the real thing. In fact, the late author William Peter Blatty admitted that his novel "The Exorcist" was not the result of any personal witnessing on his part of a real exorcism. Instead, he based the priest, Father Merrin, on British archaeologist and Dead Sea Scrolls hunter Gerald Lankester Harding, and the exorcism itself on an account of an exorcism in 1949 of a 14-year-old boy (identified by the pseudonyms Robbie Mannheim and Roland Doe) performed by Jesuit priest Fr. William S. Bowdern. Later investigations referred to “Robbie” as “disturbed” but not possessed.

Friedkin might disagree with that diagnosis, especially after talking to brain surgeons who viewed the filmed exorcism. He explains in an interview with Huffington Post:

“Now, these were guys who have done over 5,000 brain surgeries each. So I took it to them, and they all to a person said: We don’t know what this is. It’s not epilepsy; it’s not a lesion in the temporal lobe. We would not know what to remove from her brain to solve this.”

Then, as he tells NPR, he showed it to psychiatrists.

“And the psychiatrists told me, to my astonishment, that psychiatry now recognizes it as something called dissociative identity disorder - demonic possession.”

Dissociative identity disorder was previously known as multiple personality disorder and it’s a controversial diagnosis because many believe its cause is childhood abuse. It has also been blamed on genetics and even on the psychiatrists or hypnotists who are attempting to determine its origin. While demonic possession is not on the list of causes, religious beliefs are and that’s where the beliefs in demons and possession have their roots.

Friedkin admits to being closer to Christianity than the Jewish faith he was born in, but neither have an answer to questions about possessions and exorcisms.

“People can have faith or belief, but we know nothing. Not the Pope, not Bertrand Russell, or the greatest thinkers really know the answers to these questions.”

Does that make “The Exorcist” even scarier?

These Mysterious Circles in the Arctic Ocean Have NASA Scientists Baffled