In the dead of night, a group of unknown invaders crept into the small, prosperous coastal village of Sandby borg on Sweden’s Öland island and proceeded to brutally murder every man, woman, and child they could find. Many of the victims were discovered still in their beds, some were decapitated, while others appear to have been burned alive. What exactly happened at Sandby borg? 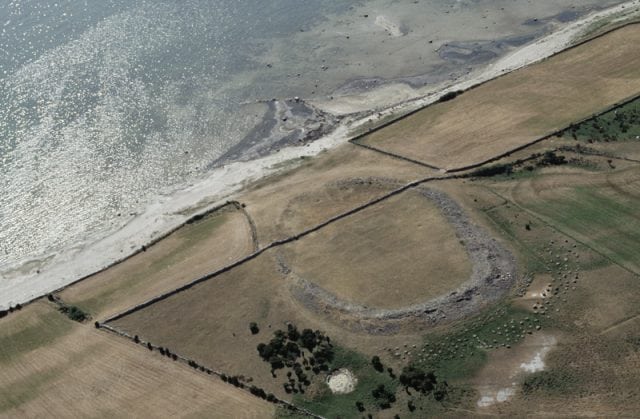 Ultimately, we might never know due to the simple fact that the attack happened over 1,500 years ago. However, archaeologists are just now beginning to piece together this grisly mystery thanks to a new study of the massacre site published in Antiquity. The massacre appears to have happened between AD 375–568, a time known as the European Migration Period in which the Huns and Germanic tribes migrated widely throughout Europe, sparking Roman and Greek accounts of “Barbarian” invaders. Ringed cities like Sandby borg became common, as they provided some level of defense against these invaders. Unfortunately for its inhabitants, the walls of Sandby borg were clearly not enough. 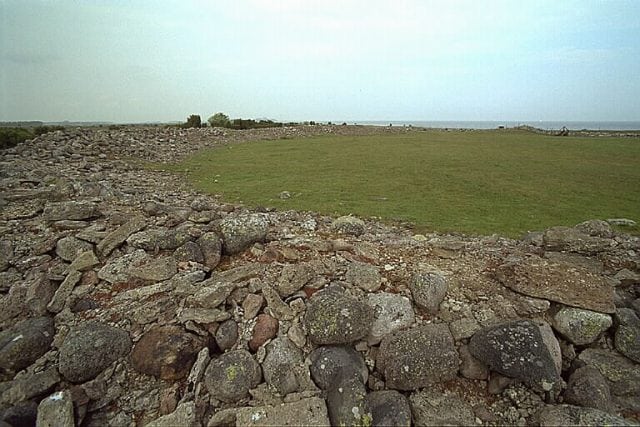 The massacre is thought to have taken the lives of some 200-250 people. Interestingly, no weapons were found in the village, suggesting that they might have been taken by whomever killed the inhabitants of Sandby borg. More curiously, the study points out that the majority of bodies have not been touched in their 1,500-year-old resting places, providing “a snapshot of Migration Period violence with a level of detail rarely seen”. Even more interesting, however, is that the site was essentially frozen in time for reasons which remain unknown:

Several observations strongly indicate that the entire site was abandoned suddenly. [...] The fact that many of the individuals were left unburied inside the ringfort indicates that nobody came back to tend the dead. The evidence suggests that no survivors or neighbours could, or wanted to, enter the site after the massacre. The event most probably had a major long-term impact on surrounding settlements and inhabitants.

This could possibly be due to the spread of local folklore which for centuries has suggested the site is haunted, cursed, or to be otherwise avoided. What were nearby people afraid of for centuries? Whatever happened here, it will take time to piece together. The site is still being excavated; as of now, only 3 of 50 homes have been explored. Will we ever know what happened at Sandby Borg? Do we want to know?