Use the words “sauropod” and “Scotland” in the same sentence and most people will expect you’re talking about the Loch Ness monster, which could not be a sauropod because: a) that famous photo of a creature in Loch Ness that looked like a long-necked dinosaur was a hoax; and b) sauropods were terrestrial, meaning they left their footprints on solid ground … big footprints. In fact, if you want to see some of the biggest footprints ever made by some of the biggest dinosaurs that ever lived, you can go to … OK, this time, the correct answer IS Scotland. Not only that, these giants apparently shared the Isle of Skye with another dinosaur that looked like a relative of the Tyrannosaurus rex. Did everyone get along?

The current edition of the Scottish Journal of Geology announced these finds from the Middle Jurassic period, about 170 million years ago. While these are not the first sauropod footprints discovered on Skye, they’re bigger than the previous ones and are the first to be found intermixed with prints from theropods – three-toed carnivores that are related to the T. rex. Of the fifty prints (photos here) found at Brothers' Point on Skye's Trotternish peninsula, most were from the 2 meter (6.5 feet) tall therapods – smaller than their T. rex cousins but just as deadly for their size.

However, they were no danger to the 15 meter (50 ft.) long, 10-ton sauropods, whose footprints measured up to 28 inches (70 cm) across – making them the biggest land creatures of their time. That’s a lot of dino for Skye, which is the largest island of Scotland’s Inner Hebrides but still only 1,656 square km (639 sq mi). 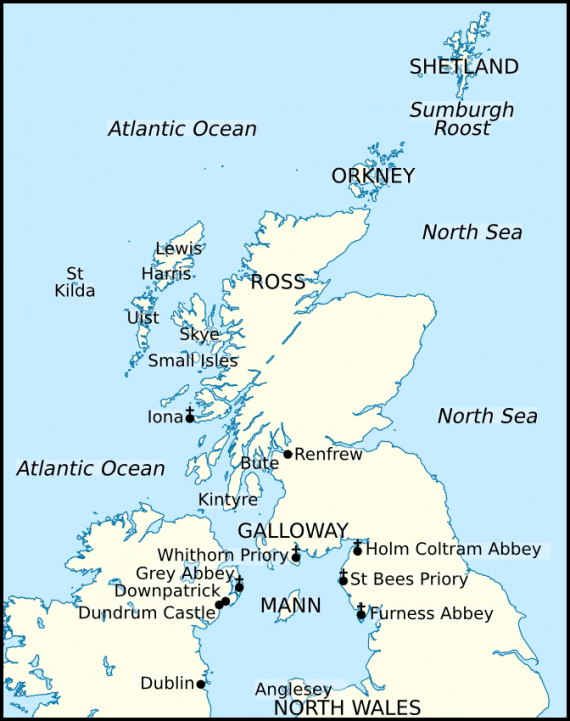 Fortunately for the sauropods and the therapods, Skye was at that time part of a larger land mass near the equator. In an interview with The Guardian, study co-author, paleontologist Stephen Brusatte of the University of Edinburgh, described it:

“This was a subtropical kind of paradise world, probably kind of like Florida or Spain today. [These prints] were made in a shallow lagoon – dinosaurs walking in very shallow water.”

Not much is known about the Middle Jurassic period, so the exact species of these dinosaurs can’t be determined. However, they have changed the way researchers look at sauropods and theropods in general – extending their range and the period when they were known to exist. Evidence of sauropods have now been found on every continent.

The only place you won’t find them is in Loch Ness.