An ancient bone fragment found on a beach in England may be evidence of the largest animals ever to live on Earth. A study of the bone has been published in PLOS One, and could call into question how much we know about the terrifying prehistoric creatures which once roamed our planet’s oceans. 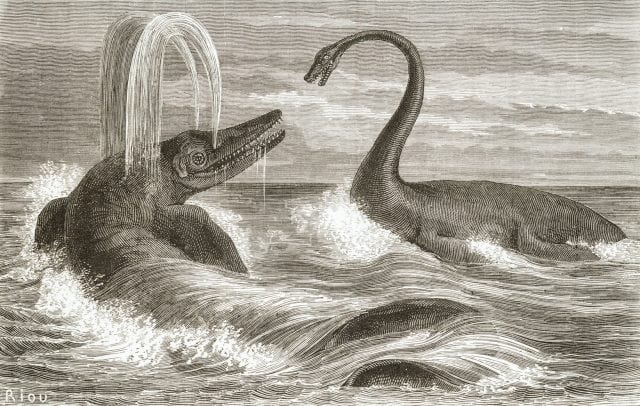 Fossil collector and one of the authors of the study, Paul de la Salle, says he found the jawbone fragment while taking a walk on the beach in Somerset, England. “Initially, the bone just looked like a piece of rock,” de la Salle says, “but after recognising a groove and bone structure, I thought it might be part of a jaw from an ichthyosaur and immediately contacted ichthyosaur experts.” Those experts helped de la Salle identify the bone fragment as belonging to a giant ichthyosaur, a true sea monster if there ever was one. This animal, sometimes called the shastasaurus, could measure up to 21 meters in length (70 feet) and lived around 200 million years ago.

The authors write that these jawbone fragments now call into question how much is known about another set of fragments found in Gloucestershire which were believed to belong to large terrestrial dinosaurs.  Due to the similarities with these new fragments, the researchers claim that these bones are “portions of giant ichthyosaurs and are not an example of an early experiment in gigantism in archosaurian reptiles as previously suggested.” 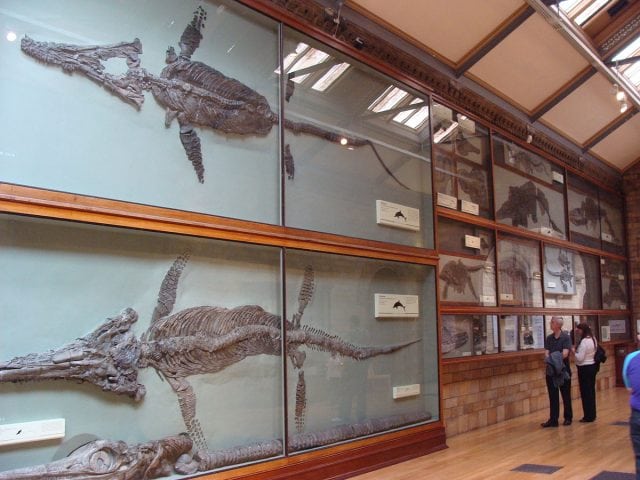 It’s amazing how much we are able to deduce about these more-ancient-than-ancient beasts from a handful of fossils found on beaches, deep in the ground, or even hiding in plain sight. How much of our knowledge of dinosaurs and other prehistoric animals is true? What if our entire conceptions of dinosaurs are false? Given that we only have the fossil record, we’ll likely never know. That is, until we start  bringing them back to life through cloning. Wouldn’t the world be a lot more interesting with more megafauna walking around? Or swimming around? We likely caused their extinction; why should we have hesitations about bringing about their de-extinction?