More On The UFO-Paranormal Issue

Well, my recent article titled "UFOs: The Paranormal Controversy and Connection" provoked quite a bit of feedback. And the debate on whether or not the world of the paranormal and the subject of UFOs should be seen as parts of a combined, bigger picture is still going on. With that in mind, I thought I would share with you a perfect example of how such seemingly separate phenomena actually have more than a few connections. Pauline W., who I interviewed in 2013, had a very strange experience back in October 1973, when she was living in Pasadena, California. It’s notable, and probably relevant, that a major UFO wave was going on at that time, and across not just the United States, but other parts of the planet too.

While hiking in the California hills one Sunday morning, Pauline encountered a classic, silver-colored flying saucer-style UFO which, at first, at least, was high in the sky. Suddenly, it dropped to around fifty or sixty above her, hanging there in an odd, wobbling fashion. Amazed, Pauline could only stare as the silent craft bobbed around and then shot away at high speed. Pauline raced home and excitedly told her family of what had just taken place. They, apparently, weren’t the only ones who knew what had occurred on the fateful morning in 1973. Three days later, and after sunset, Pauline had a visitor. Not a welcome one, I should stress. It was a Man in Black, a skinny – almost emaciated – old man, dressed in a shabby black suit, looking pale and ill, and wearing an old, 1950s-style fedora hat. 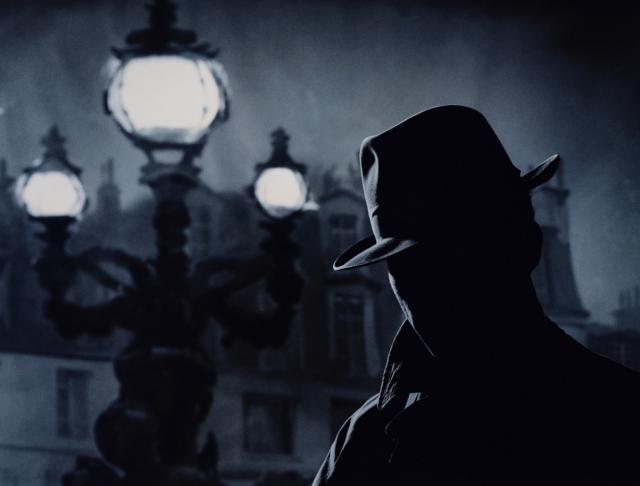 Pauline said that she felt her mind was briefly enslaved, as the MIB near-hypnotically asked her to invite him into her home. In a slight daze, and to her eternal cost, she did exactly that. She retreated to the couch, stumbling slightly and feeling ice-cold. The old man followed her, and stood in the living-room, looming over her, as he warned her – in no uncertain terms – never to discuss her close encounter again. Ever. The MIB then turned around and headed to the door. At that exact same moment, Pauline felt her mental faculties return to normal and she raced after him, just as he exited the door and closed it behind him. Pauline threw the door open wide, only to find the old Man in Black gone. In his place, however, was something else: it was a large, black dog with bright red eyes. It snapped and snarled in Pauline’s direction and in what was clearly a deeply malevolent, dangerous fashion.

She stared in horror as the glowing-eyed monster prowled around the front yard, clearly intent on adding to the malevolent atmosphere that was already firmly in place. Suddenly, and as if out of nowhere, a large, black Cadillac – that looked decades-old in design – appeared and screeched to a halt outside of Pauline’s home. It should be noted, here, that the MIB almost always drive such cars of that particular type, age and color. Pauline watched, shocked and scared, as the back door on the driver’s-side opened and the fiendish black hound bounded across the front yard and leapt into the back of the Cadillac, which shot away at high speed! 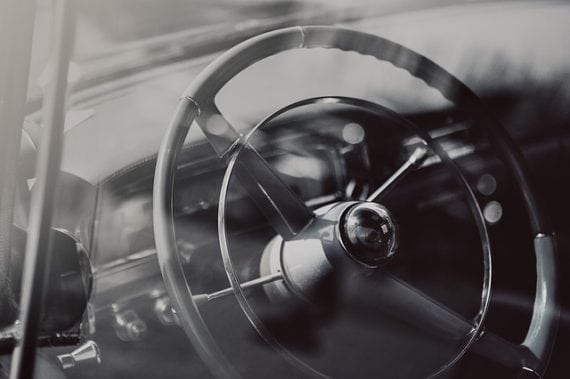 Today, Pauline – now a grandmother and someone who is fairly comfortable about sharing her bizarre experience – is of a firm opinion that the MIB and the red-eyed beast were one and the same. As Pauline sees it, something unexplained, but also something which could take on “different disguises.” Of course, many would say that Pauline's bizarre story is nothing but a fabrication (but, it's hard to fathom what on Earth might cause someone to concoct such an admittedly weird tale). But, what if Pauline was telling the absolute truth?

With that question in mind, let's return to the matter of the UFO/paranormal connection. What we have in this case are no less than three mysterious angles, all clearly linked: (A) the UFO sighting; (B) the encounter with the Man in Black; and (C) according to Pauline a case of shape-shifting, no less - into what sounds just like one of the ghostly Phantom Black Dogs that terrified people throughout the U.K. centuries ago (and which occasionally still do).

Yes, cases like this are controversial in the extreme, but either we dismiss such tales as lies (which I don't, having met Pauline twice), or we accept that the UFO phenomenon isn't all that it appears to be. It's much more.