Last week I wrote an article here at Mysterious Universe titled "Mind-Games At Area 51? 30 Years Later." It was a look at the theory that famous UFO whistle-blower Bob Lazar may have been used and manipulated out at Area 51, in the latter part of 1988. Mind-controlled, maybe. In other words, there's a distinct possibility that Lazar was used as a patsy in an operation to spread UFO disinformation - and with Lazar being oblivious to what was really going on around with him. As I noted in the previous article:

"If you take a look at all of the controversy surrounding Lazar’s claims, you will see that people – for the most part – fall into two specific categories. There are those who think Lazar’s claims are real and there are those who think it’s all a pile of crap. Few people ever give much thought to a third possibility. On this very point of another angle, I’m quite open to the idea that Lazar told the truth as he saw it, but the truth wasn’t what Lazar believed (and still believes) it to have been. Indeed, there are certain indications that Lazar was set-up."

There is another issue that makes me think that Lazar had his mind played with. It revolves around certain briefing papers that Lazar said he read at Area 51's S-4 facility and which were focused on startling, alleged secrets concerning an alien presence on Earth. One of those briefing papers, said Lazar, told a strange and almost sinister story of a violent confrontation between security personnel at Area 51 and a group of aliens that were in residence and working at S-4, alongside a scientific team. It was a confrontation that reportedly resulted in more than a few deaths.

According to Lazar, the deadly confrontation occurred at some point in 1979, in the S-4 facility. Lazar said: “I don’t remember exactly how it was started, but it had something to do with the security personnel. The aliens were in a separate room. I think it had something to do with the bullets [the security guards] were carrying, and somehow they were trying to be told that they couldn’t enter the area with the bullets, possibly because it was hazardous – the bullets could explode, through some field or whatever.” 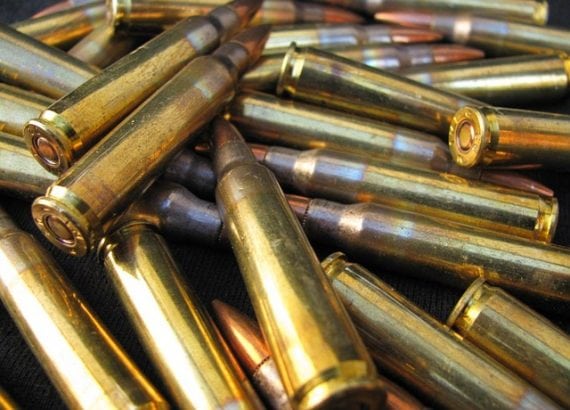 Lazar continued that despite the warning, one of the security guards did enter the room with the bullets – something which resulted in a violent and lethal response from the aliens. Lazar recalled that the papers he read described how the security personnel were all quickly killed by “head wounds.” The same fate befell a group of scientists on the program, too.

It’s important to note that there is a variation on this story. Not from Lazar, who stuck to the story which he read out at S-4. But, from a man named Paul Bennewitz, who in the late 1970s began digging into claims that an alien base existed below the New Mexico town of Dulce.  From intelligence personnel at Kirtland Air Force Base, Albuquerque, Bennewitz learned of a story of a fatal encounter between hostile aliens and a security team in the lower levels of the Dulce Base. The different location given to Bennewitz is just about the only difference between what Lazar was told and what Bennewitz was told. It's very important to note that there is very little doubt that Bennewitz was fed disinformation and not the real deal. Moving on...

Lazar also claimed to have read various papers out at S-4 which told how we, the human race, were the product of ancient extraterrestrials who had performed various "corrections" to early humans. On top of that, there were the papers that Lazar read at S-4 which said the aliens refer to us as what we would call “Containers.” But, containers of what? Well, that’s where things get really controversial: Lazar suggested it might have been the human soul that was of interest to the aliens. Lazar told KLAS-TV’s George Knapp that “religion was created so we have some rules and regulations for the sole purpose of not damaging the containers.”

George Knapp was not the only person who Bob Lazar spoke to on this issue of aliens, containers and souls. Michael Lindemann is the author of a 1995 book, UFOs and the Alien Presence. He also questioned Lazar on this controversy-dominated aspect of the story of Lazar and those papers he read at Area 51's S-4. Lazar added a bit more to the story, when speaking with Lindemann.  Lazar said the containers were “extremely, extremely unique” and that they were “very difficult to find.” 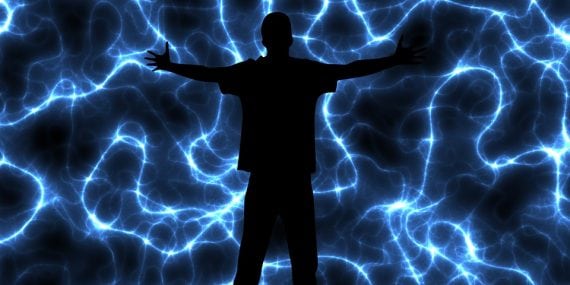 This is not the time to debate on UFOs, aliens and human souls. Rather, it's time to address the matter of why, exactly, Lazar was shown this allegedly highly-classified material at all. Secrets within the fields of government, the military, and the intelligence community are successfully kept hidden because of what is termed "need to know." In other words, if you're working on a top secret program, you're only told what you need to know to get your part of the job done. That's how and why the Manhattan Project of the Second World War was so shrouded in secrecy. And so successfully too: people were briefed on matters relevant to their part of the job. And that's it.

So, with that in mind, why on Earth would someone spill the whole can of UFO beans to Lazar? Given that he was said to have worked on matters relative to the power sources of the UFOs held at S-4, why share with Lazar all of the U.S. Government's supposed UFO top secrets, such as matters relative to religion, the human soul, and "gunfight"-type confrontations with deadly ETs? Such data would not be in any way relevant to Lazar's work undertaken on the extraterrestrial power-plants. It goes absolutely against tried and tested practices of the government to throw away its "need to know" approach. Yet, with Lazar we're expected to believe that this then-young guy, then-recently brought into the program, should have been so extensively briefed on such incredible matters of - we should assume - national security proportions.

Unless, that is, someone decided to deliberately expose Lazar to faked alien-themed documents, hoping that he would go public with the content of those same documents - which, by the way, is exactly what he did.