One Michigan man got a lot more than he bargained for thirty years ago when he bought a 1960 Lincoln Convertible from a farmer in rural north Michigan. The car was fairly unremarkable and in need of some TLC when Bob Lucas, 93, bought the vehicle. "The car appeared to have been inside a barn for many years," Lucas told the Detroit Free Press. "It was in pretty rough shape." Still, Lucas bought the car and brought it home to Beulah, Michigan to begin revitalizing it. That’s when things got weird. 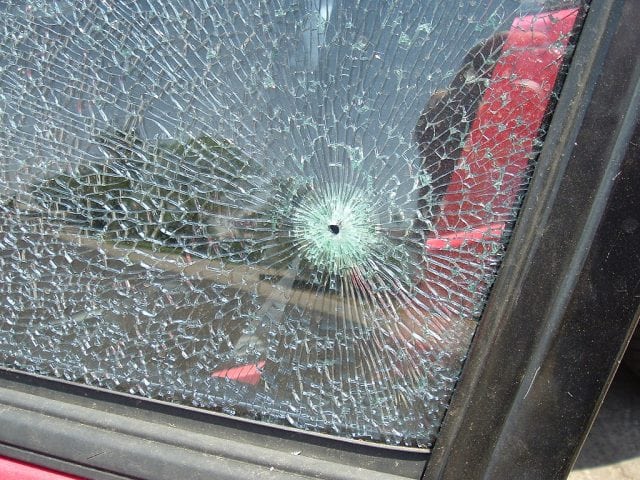 While attempting to restore the car, Lucas began to notice some strange, unexplained damage. For one, there was a bullet hole in the middle of the windshield that he somehow managed to overlook while buying the car. Even creepier, Lucas claims he discovered signs that something truly grisly went down inside the Lincoln covertible:

Blood had seeped through the seat. I realized something happened, but I didn't have enough sense to follow-up on it then. As far as I was concerned, somebody was killed in that car and bled to death on the front seat.

Despite being generally creeped out by the evidence that this convertible was a “death car,” Lucas reupholstered the car, replaced the windshield, and stored it in his garage in hopes of someday fully restoring it. Now, Lucas is reaching out for the public’s help to try and solve this macabre motor car mystery.

Lucas claims to have contacted the FBI about the car, who seem to have disregarded the matter. Ross Richardson, an investigative journalist who covers shipwrecks and disappearances in Michigan, discovered that the car does not appear to have been registered to anyone but Lucas’ wife. Based on the timeframe of the car’s ownership, Richardson believes the car could have a storied past taken straight out of modern American folklore:

There's a story behind who died in the car, we just don't know what it is. It's pretty interesting that time period, the 1960s and early 1970s, there was a lot of organized crime in Michigan. One can't help but consider Jimmy Hoffa, or former furniture mogul, Joshua Doore, whose murder in 1974 remains a mystery today as well.

Could this car shed light on the Jimmy Hoffa mystery? Or could there be a much more commonplace but no less grisly truth to the apparent signs of death in this car? Lucas and Richardson ask that anyone with information about this mysterious “death car” reach out to [email protected].