Mysterious Siberian Humanoid Statue is Older Than the Pyramids

Recent archaeological discoveries suggest that Siberia was once the home of a possibly highly developed Ice Age civilization. Relics ranging from massive unexplained megaliths to mysterious walled structures have been found, suggesting that these people were capable of significant architectural feats. While it has been known that there were tribes of people living in this area during the Ice and Stone ages, these new discoveries suggest that these civilizations were more advanced than previously thought. Now, a new analysis of a creepy humanoid statue found in the Ural mountains has been dated to even before the pyramids. Is there a lost chapter of human history waiting to be unearthed in Eurasia and Siberia?

Possibly, if a recent analysis published in Antiquity is confirmed. The study examines the Shigir Idol, believed to be the most ancient wooden sculpture in the world. The statue was discovered in fragments beginning in the 19th century in an open-air gold mine which contained other ancient artifacts. Several studies have dated the statue to be around 9,000 years old, but this latest study claims that age is more likely 11,600 years old - twice as old as the pyramids. 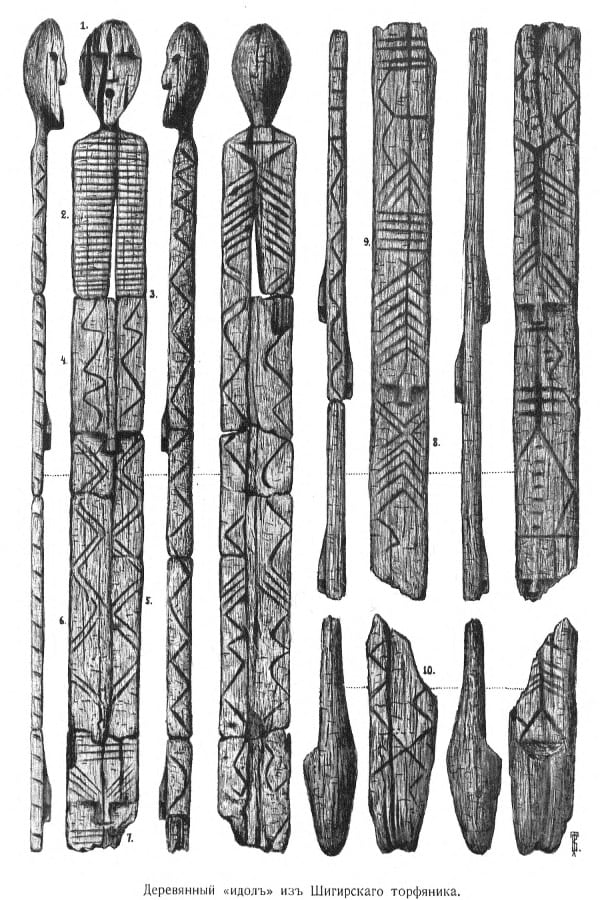 The purpose and meaning of the idol remain shrouded in mystery, but it does bear resemblance to other Ice Age art found near Turkey’s Göbekli Tepe, believed to be the oldest known temple in the world. The authors of this recent study write that the statue “may reflect encoded mythologies” and could provide a glimpse into the folklore and beliefs of early civilizations indigenous to this part of the world:

The vertical placement of the faces could indicate the presence of an internal hierarchy among the images, or a sequence of events. Above all, however, the Shigir sculpture is unique within the early art of Eurasia and offers the potential for a better understanding of the spiritual world of early hunter-gatherer-fishers of the forest zone of Eurasia.

Pre-industrial human civilizations had only natural materials at their disposal, meaning the ravages of time have likely rendered into dust all evidence of these early civilization. Will we ever truly understand our own species’ early history?