The Jersey Devil may be bigger and scarier, but a tiny New Jersey creature is more mysterious, more deadly and not likely to be turned into a lovable sports team mascot any time soon … especially if it can clone itself, go hunting in huge swarms and kill cows by sucking out their blood. Is this a tiny Jersey Chupacabra? Worse … it’s a new kind of tick.

“The Tick” may be a funny spoof of superheroes, but there’s nothing endearing about the real arachnids. And, while it’s hard to top the regular hard-to-remove Lyme disease carriers, the Haemaphysalis longicornis or East Asian longhorned ticks manage to do it. First identified in 2009 in China, they mysteriously appeared in Hunterdon County, New Jersey, in August 2017 when a sheep shearer showed up at the Health Department with the ticks all over her and her clothing after shearing an Icelandic sheep. Panic began to set in as a quick check showed the ticks didn’t match any of the known Western Hemisphere ticks. It worsened when they identified them as East Asian longhorned ticks – a species that reproduces asexually by cloning -- and they were looking at the first infestation in the U.S., the home of plenty of warm-blooded tick food. 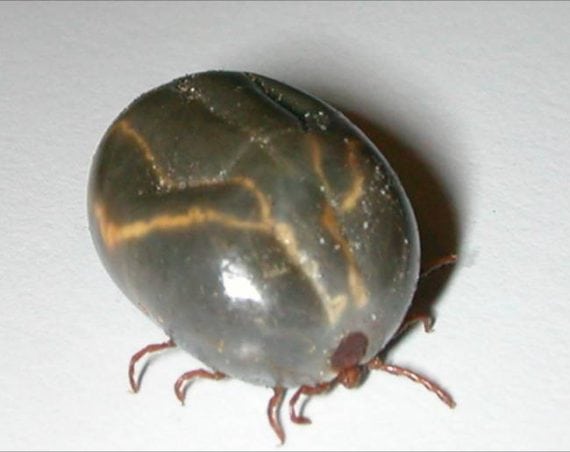 Fortunately, several washes with the tick killer permethrin rid the sheep of its ticks, and New Jersey winters are known to be cold enough to kill most other ticks. Unfortunately, East Asian longhorns are hardy little snow bunnies and showed up again in April of this year. Now the Health Department had to deal with the reality that they were fighting the baddest of the ticks. Lyme disease is for wimpy American ticks -- Haemaphysalis longicornis carries a virus called severe fever with thrombocytopenia syndrome (SFTS). Symptoms include a low blood platelet count, fever, fatigue, chill, headache, nausea, muscle pain, diarrhea, vomiting, abdominal pain, disease of the lymph nodes, conjunctival congestion and … death. If the SFTS doesn’t kill you or your pets or livestock, they also carry Anaplasma, Ehrlichia, Borrelia, and a form of spotted fever.

Well, at least we know that permethrin kills these ticks. Right? RIGHT? 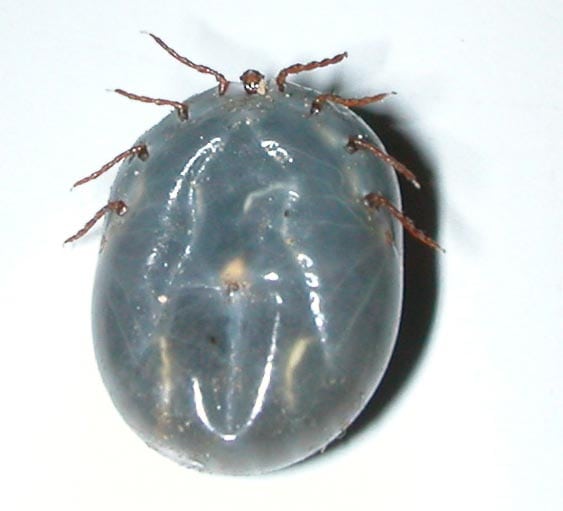 Yes … but unlike the lone wolf ticks we’re used to, the longhorns are known to attack in massive swarms large enough to perform cattle exsanguination – that’s sucking out enough blood to kill it. And, as the new report on their infestation in the Journal of Medical Entomology explains, although their name gives away their continent of origin, health officials have no idea how they got to North America, so they have no strategic location to spread the pesticide before the pests start spreading.

Is there any good news? 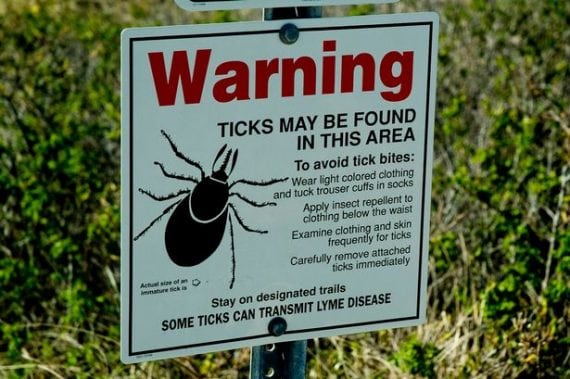 If you haven’t seen him in concert, New Jersey resident and tick avoider Bruce Springsteen may be spending more time on the road this year. Other than that … nope. Anyone seeing the East Asian longhorned ticks should call the New Jersey state veterinarian at 609-671-6400; the New Jersey Division of Fish and Wildlife, Bureau or Wildlife Management at 908-637-4173, ext. 120; the New Jersey Department of Health at 609-826-5964; and Dial-a-Prayer.

The Mysterious Monster Of the Deep Blue Holes of the Bahamas