SpaceX sure knows how to stay in the news. I mean, they’re only reinventing spaceflight for a new age of exploration and commercial travel. It’s not all shiny red Tesla Roadsters and mysterious military launches, though. SpaceX launches all sorts of payloads into space, including scientific instruments for the International Space Station. A SpaceX Dragon made it into orbit earlier this month carrying a new scientific lab designed to track some of the most mysterious atmospheric phenomena: red sprites, blue jets, and ELVES. 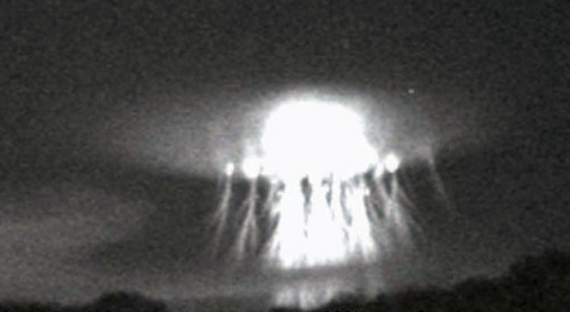 The lab is called the Atmosphere-Space Interactions Monitor, or ASIM, and the data it could gather could help shine light on some of the least understood occurrences in the natural world. The ASIM is designed to detect and record upper-atmospheric lightning, also known as transient luminous events or terrestrial gamma-ray flashes. These are a broad category of atmospheric disturbances which include the rare red sprite and ELVES, or Emissions of Light and Very low frequency perturbations due to Electromagnetic pulse Sources.

These phenomena have been observed for centuries, but it wasn’t until the development of high-speed cameras in the last few decades that they have been able to be photographed. Gamma-ray flashes weren’t discovered until 1994 and remain largely unknown to science aside from a few photographs taken from space.

Among the phenomena ASIM will study are blue jets, some of the least well known atmospheric electrical disturbances.” The jets are not very well studied because they're very faint,” the University of Bath’s Martin Fullekrug told the BBC, “They're mainly blue. Also they're not necessarily associated with lightning. They pop up now and again and they're very mysterious.” The ASIM will be turned on this Friday, April 13th and is led by the European Space Agency.

Stories like this always make me wonder what future generations will discover about our planet. Just a few hundred years ago, we hadn’t even mapped the entire globe, and we've only been able to observe the Earth from space for a few short decades. Who knows what natural phenomena we haven’t even a clue about yet because we don’t have the tools to observe them?

‘Secret UFO Video’ from 1996 Space Shuttle Mission Not So Secret