Doctors think they’re so smart. Sure, they might be able to save our lives and everything, but the history of medicine shows us that what is cutting-edge thinking today will someday (maybe soon) be looked down upon as foolish gobbledygook. I mean, we used to give children morphine to calm them down, people used to rub mercury on themselves for all sorts of conditions, and lobotomies were considered a legitimate form of medicine through the mid-20th century. That’s no reason not to go to the doctor or get vaccinated in the meantime, though. It merely shows that medical science, like all sciences, are constantly reinventing themselves in light of new discoveries and likely always will. It’s just the nature of scientific knowledge.

Case in point: scientists have just discovered an entirely new, unknown form of DNA hiding right inside human cells. While most human DNA assumes the double helix corkscrew form, scientists have speculated for years that there might be another form hidden within the human genome: a four-stranded ‘knot’ known as i-motif. A new study in Nature Chemistry claims to have finally found evidence that i-motif DNA exists in the human genome, and that it might play an unknown-but-highly-important regulatory role in human genetics. 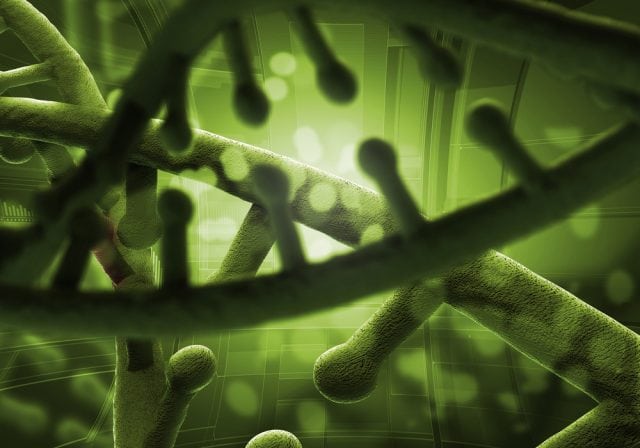 These i-motif forms are thought to fold and unfold in and out of existence during transcription, the process through which DNA sequences are ‘copied’ into RNA and subsequently expressed as various biological functions. Marcel Dinger, head of the Kinghorn Centre for Clinical Genomics at the Garvan Institute of Medical Research in Sydney, says the discovery is “pretty spectacular” and only further highlights the fact that the human genome is still pretty much a mystery to science:

There's so much of the genome that we don't understand, probably like 99 percent of it. Seeing DNA folded like this in living cells makes it possible to decode those parts of the genome and understand what they do.

DNA was formally discovered less than a hundred years ago, and the disciplines of genetics and genomics are still in their infancy, relatively speaking. Who knows what groundbreaking genetics discoveries are just around the corner now that the human body has become the plaything of so-called biohackers looking to augment their own genomes in the privacy of their own basements?

With every genetics discovery comes the possibility that Homo sapiens might soon grab the reins of our own genetic destiny and forge a new evolutionary path of our own choosing - or more likely, some type of hybrid biological/technological one. It's gonna be a weird future.

Precog Crime Fighting: The A.I. Approach vs the PSI Approach