New York City is Overdue For a Major Disastrous Earthquake

What do you get when you cross New York City with a major earthquake? If you said “Big Applesauce,” you qualify for your Junior Joke Writer Badge and you’ve also joined the many leading seismologists who are predicting a major disaster in that major city when a long overdue major earthquake of magnitude 5.0 or more hits along a major fault line under the major New York artery known as 125th Street. Are New Yorkers in a major panic yet? Should they be?

Jana Pursley, a geophysicist with the U.S. Geological Survey, told the New York Times that small earthquakes are felt in New York City every few years and major quakes hit the Northeast urban corridor about twice a century. With the last two severe Big Apple quakes occurring in 1737 and 1884, she agrees that the city is overdue and should be prepared. As every good Junior Joke Writer knows to ask when the subject is mysterious earthquakes, whose fault is it?

In New York’s case, it’s not one big fault but a lot of small ones. After some minor magnitude quakes rattles the area over the past few months, Spectrum News NY1 did some digging (figuratively speaking) and found some faults under all of the city’s five boroughs. The largest is the 125th Street Fault, which follows this famous street from New Jersey to the East River, passing part of Central Park and Roosevelt Island along the way. The Dyckman Street Fault runs from Inwood in northern Manhattan across the Harlem River into Morris Heights in the West Bronx. The Mosholu Parkway Fault is named for the freeway it runs parallel to in the Bronx, while the East River Fault touches Central Park, 32nd St., the East River and Brooklyn. Not far away is the Dobbs Ferry Fault on the Hudson River in Westchester and the Ramapo Fault, which runs from eastern Pennsylvania to the Hudson Valley, crossing the intersection of two active seismic zones.

NOW should New Yorkers be in a major panic?

Won-Young Kim, a senior research scientist at Columbia University's Lamont-Doherty Earth Observatory, told Spectrum News NY1 that from 1677 to 2007, there were 383 known earthquakes in a 15,000-square-mile area around New York City. However, the major tremors in 1737 and 1884 were the only ones reaching 5.2 magnitude and both shook the ground hard enough in New York City to knock down chimneys. That’s the reason why seismologists are concerned – there’s a lot more to knock down in today’s Big Apple than just chimneys.

While all eyes look up to its skyscrapers, it’s the low-hanging big apples that earthquakes will be knocking off of New York’s tree. It’s only been since 1995 that the city's building code took quake protection into consideration, so tens of thousands of older, smaller buildings could fall to the ground. Those buildings are mostly residential and filled with a large part of New York’s population, which would also suffer damage. And don’t forget underground, where all of those subway trains run. While much of New York is built on solid bedrock, parts of Manhattan and other boroughs are on soft soil. 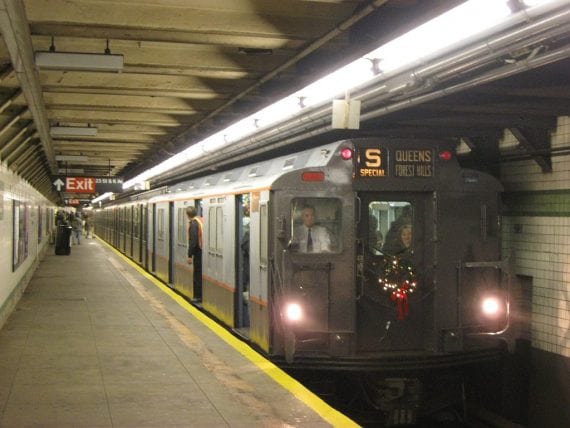 Then there’s the warning signs. A 2.2 quake in February that hit north of the city was felt there. A magnitude 4.1 hit Dover, Delaware in November and was also felt in NYC. While major fault lines – like those in California – have had builders and rescue operation on alert for decades, if not centuries, the small faults of New York have allowed builders to become complacent or even unscrupulous. One confluence of small quakes could cause major destruction.

What’s the safest placer to be? Central Park has no dangerous buildings and is mostly on solid bedrock. Least safe place? Next to anybody named Lucky.