Don’t look now but one of our ancestors is giving us the middle finger on our previous theories about when homo sapiens began leaving Africa for parts unknown … and what unknown parts of the world they ventured to first. Archeologists in Saudi Arabia found a middle finger bone (ironically) and it dates back 90,000 years – pre-dating the long-held belief that some homo sapiens got out of Africa in one mass exodus about 60,000 years ago and reinforcing new theories that the early wanderers took off in waves in many directions, including Asia, Siberia and now Saudi Arabia. Does this change everything ... at least until more fingers are found?

"The ability of these early people to widely colonize this region casts doubt on long-held views that early dispersals out of Africa were localized and unsuccessful.”

In a study published this week in the journal Nature Ecology & Evolution, lead author Huw Groucutt of the University of Oxford explains that this discovery definitely changes theories that the homo sapiens who left Africa for southwest Asia didn’t limit themselves to the eastern Mediterranean coastal area now referred to as the Levant – which includes today’s Lebanon, Syria, Jordan and Israel. The finger bone was discovered in 2016 in the Nefud Desert in north-central Saudi Arabia – an extremely arid area that is lucky to get rain once a year. Did these early humans make a wrong turn? (They couldn’t be accused of failing to ask for directions since they were the first to make the trip.) 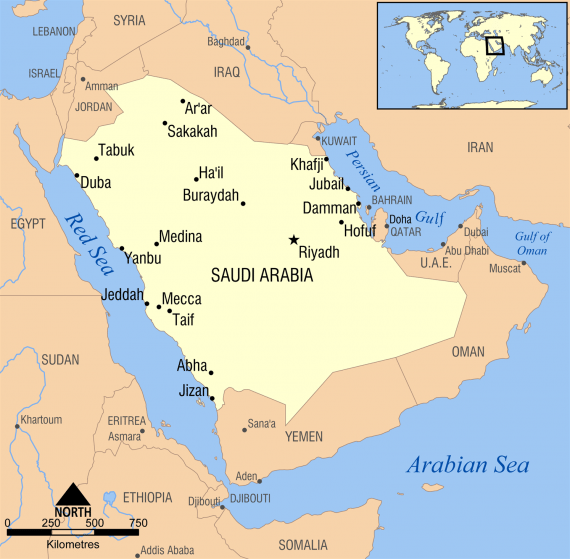 About 90,000 years ago, the Nefud Desert and the Arabian Peninsula were more like a park and smack in the middle of this park was Al Wusta, a freshwater lake that fed the plants and attracted animals and, eventually, humans. Other fossils found in the area are from hippos, buffalos and freshwater snails, indicating that the lake’s surroundings were similar to the Africa that these early humans left … with one big distinction – an abundance of fresh water. The reduction of fresh water due to drought or climate change is becoming recognized as a main driving force for homo sapiens to spread out and look for more. This discovery also indicates that this environment-induced exodus occurred earlier than previously thought.

Unfortunately, paradise was lost to these early humans as they likely caught the last wet phase of the Arabian Peninsula and Al Wusta area. As it dried up into the Nefud Desert, most of them probably moved to the Levant and other less environmentally hostile areas.

Or did they? This new study is not without its doubters. Some archeologists suggest that the bone was from an early human who was not a permanent resident but merely passing through the area on the way to greener pastures. The study also leaves open the possible route these early humans took to get to Al Wusta. While it seems the easiest path would also be the longest one – north up the Nile, east across the Sinai -- there are some who think they may have gone directly across the Red Sea during times when it was low.

However they got there, they got there. Now there are new points to ponder … how many? How long did they stay? Were there multiple groups? While this middle finger may not have changed everything about how and when early humans began leaving Africa, it has definitely changed the questions.