Poltergeists and PhDs: An Interview with Dr. Christopher Laursen

Dr. Christopher Laursen is a social and cultural historian of religions, science, and nature focusing on modern America and the world. He is also among the world’s foremost scholars on poltergeist phenomena. Currently teaching at the University of North Carolina, Wilmington (UNCW), Christopher recently took some time out of his busy schedule to satisfy my curiosity about a phenomenon that has long been a staple of horror cinema and literature, and which continues to capture the imaginations of millions…

Robbie Graham: What was the focus of your Ph.D.?

Christopher Laursen: As a historian, I focused on the poltergeist phenomenon in the twentieth century for my Ph.D. The poltergeist is a term ascribed to when anomalous physical events occur. Usually they happen in someone’s home, but also in places of business, schools, or even outdoors. People often report strange knocking or tapping sounds. There are objects that move, fly, levitate, appear out of nowhere. There can be spontaneous fires. Experiencers have a great deal of difficulty knowing what to make of these events. Usually the manifestations last a few weeks or months, then stop. Sometimes they last much longer.

Before the mid-nineteenth century in Europe and America, poltergeists were most often blamed on witchcraft or the devil. Still today, around the world, super natural entities account for most explanations. Such as jinn, which are elemental beings, part of Islamic cosmology. The scholar Amira El-Zein called jinn “intermediary” beings between the terrestrial and celestial realms. So, you can think of them much like the liminal that George Hansen examines in his book The Trickster and the Paranormal. Like the Coyote of Navajo culture that would not sit with the good or the evil people in the assembly of Holy People, but would rather stand at the door, as the American anthropologist Gladys Reichard noted. When I lived in Bali, some people told me poltergeist-type manifestations were angered temple spirits or black magic. Always an intermediary aspect. Many poltergeist experiencers still suspect these physical actions are connected to spirits of the dead, who exist between the earthly realm and the great beyond.

My historical research was really on the history of an idea. That idea is that the intelligence of the poltergeist possibly resided in the unconscious of a living person who seemed to be at the centre of the physical manifestations. The concept that a person could have an energetic relationship with their physical environment—mind over matter, or psychokinesis—really took hold alongside emerging studies of physics, microbiology, and psychology in the late nineteenth and early twentieth centuries. I examined how that idea became prominently accepted by mid-twentieth century parapsychologists, bringing about a term, recurrent spontaneous psychokinesis (RSPK). 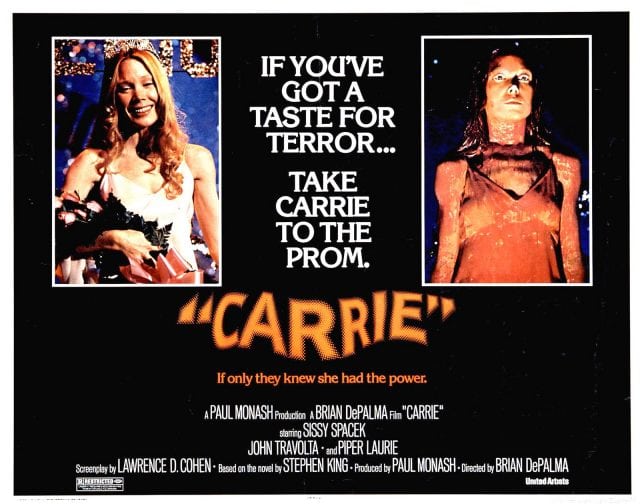 RG: To what extent did mass media–particularly film and TV—shape popular perceptions of poltergeist phenomena?

CL: The PK hypothesis would probably not be as well known if it weren’t for Stephen King’s 1974 novel Carrie, about a religiously suppressed outsider who inflicts psychokinetic rage against the high school peers who tormented her. The 1976 Brian De Palma film adaptation of the novel had even greater reach. Who can forget the infamous prom scene?

Most often when I have told people about my research, they somehow reference Carrie, even if they don’t realize it. They tell me that poltergeists have to do with emotionally repressed adolescent girls. What they don’t realize is that King himself was inspired by a line of early historical thinking. He was influenced by the American writer Charles Fort, who humorously wrote about “poltergeist girls” gathered together as a military force to do great damage. Earlier on, the Victorian-era psychical researcher and skeptic Frank Podmore blamed the poltergeist on “naughty little girls.” There is somehow a fusion of Victorian pathologies, Fortean speculation, and Stephen King’s Carrie in how people interpret the poltergeist. In fact, historical case studies show that almost equally both males and females—mostly adolescents, but also older individuals—have been at the centre of these cases.

Aside from that, in mass media we mostly see discarnate entities blamed for poltergeist-type events, like in the 1982 movie, Poltergeist. Or in the various dramatizations of the 1977-79 Enfield poltergeist, such as the 2015 British television mini-series The Enfield Haunting or the Hollywood blockbuster The Conjuring 2, which unfortunately misplaced Ed and Lorraine Warren’s demonological interpretation as central to that case. Historical records clearly show the Warrens had only fleetingly visited the family. I know that such depictions were very frustrating to the Enfield investigator Guy Lyon Playfair, who recently passed away. I can only imagine how the family at the centre of that case feels about such overwrought depictions of their experiences.

RG: To what extent do you feel film and TV narratives shape popular perceptions of supernatural phenomena in general?

CL: Clearly, supernatural events have a hold on our cultural imagination through film and TV. I am just wrapping up the first university class I have ever taught on the supernatural in relation to the modern history of religion and science. I can see that my students, who have really taken to the course materials, were initially quite inspired by what they have seen on TV or in movies, as well as hearing about urban legends, and through experiences that they or their family members have had.

I try to show my students that they are getting a skewed point of view in the mass media that differs significantly from historically documented experiences and studies of the super natural. I moved them to a more neutral standpoint—a method in the humanities called methodological agnosticism where you stand in the middle to get a comprehensive view of events and ideas. Then they studied more radical, experience-centred approaches.

Reading Whitley Strieber and Jeffrey Kripal’s book The Super Natural has been eye-opening for the students. In part, because they see the strange interplay between culture and consciousness that Kripal has theorized on. That paranormal events influence popular culture, but also popular culture also influences how people experience paranormal events. Very much your approach in your book Silver Screen Saucers, Robbie.

RG: Have you reached any conclusions regarding the phenomenology of poltergeists?

CL: Inconclusions, if anything. I am further exploring where I left off in my dissertation. That there were cases in which the otherwise typically temporary poltergeist-type phenomenon was prolonged. Those cases, often ignored or shunned in literature on the poltergeist, are crucial.

The intermediary aspect—there is something there to explore further. I see the poltergeist as preternatural. That is, it is a force of nature, or of human consciousness, but it is not well understood within existing frameworks of knowledge. Historically, the problem is that researchers are only looking at fragments of possibilities. They see an instance of deceptive behaviour—very common in these cases—and explain it all away as such. They note connections to a deceased individual and assume it is that. Or they only follow certain parapsychological theories.

The interdisciplinary scholarly community of which I am part works to view the bigger picture, while sitting with the questions that arise rather than expecting there to be firm conclusions. Opening more questions is far more fascinating. It invites more possibilities to understand anomalous phenomena in relation to nature itself.

A recent interview I did with the anthropologist Jack Hunter reveals ways forward. Both Jack and I feel that the examining the super natural or super consciousness will benefit how we can understand ecology and non-humans as a whole. This is a crucial goal. In order to do that, we need to stop excluding data that does not fit a specific, accepted framework. To show how we live amidst the complexities of consciousness and nature, things that we may never fully understand. Might a more effective stewardship of nature and consciousness that acknowledges its great complexity emerge from these studies? My next step is to include the poltergeist as a way to reveal how humans, more broadly, marginalize aspects of nature and consciousness, much to our own detriment, in ways that limit human potential. 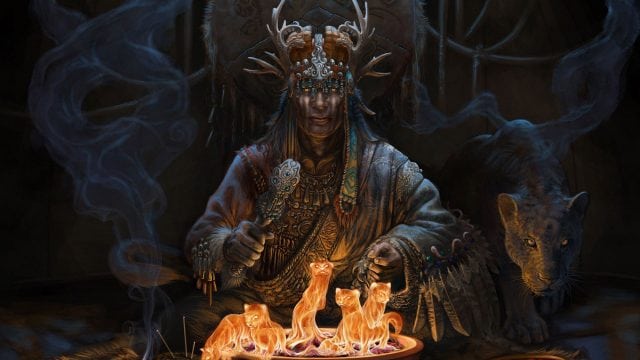 RG: What are you currently working on?

CL: I am teaching at the University of North Carolina in Wilmington. Much of my current work is course development and teaching. To do that, I’ve put my research to the side, but it is not inactive. It flows through the courses I am developing and teaching. I have been teaching the aforementioned undergraduate course on the super natural in relation to historical issues around religion and science. Graduate students and I have been exploring how emerging sciences become accepted, rejected, or remain marginalized by the greater scientific community. Almost all of my students in that class wanted to write about psi and the super natural. This term, the graduate students and I have been assessing the interplay between nature conservation, culture, and consciousness.

Presently, I am examining indigenous and shamanistic knowledge and practices—both in a historical and contemporary sense. Given that these practices already incorporate the intermediary or the liminal as part of the natural world, as part of their ontologies, this work will greatly benefit where I take my research.

This summer I am beginning work on my second research project which examines family lineages around what Carl Gustav Jung called “big dreams,” namely premonition dreams and dreams in which deceased individuals appear. I’d be interested in hearing from people who have such dreams running through their genealogy. These are wonderfully busy times!

To learn more about Dr. Christopher Laursen and his work, visit his website.

Mysterious Boom in Cleveland Followed by Eruptions of Cleveland Volcano