Robot Overlords Are Taking Over Pubs and Running for Office

The robot overlords may be taking away our jobs and our cars, but at least we can get away from them in our pubs and our voting booths, right? Right? Not any more, according to the latest news from the robot world. A London pub was recently invaded by a lifelike robot who started a fight and smashed a glass. A mayoral race in Japan had a robot candidate. At least we can get away from bots in the bathroom, right? Right?

Let’s start in London, where videos show pub customers talking to someone who looks just like actor Tedroy Newell of the TV series Westworld (hint, hint) suddenly freak out when they realize they’re conversing with his robot doppelganger which can lose its cool and smash a bar glass. (And yet, some women bar patrons still want to date him … go figure.) The humans responsible for this robot (although possibly not for its AI actions) are five engineers at the robotics company Engineered Arts working for the streaming service Now TV which is promoting the new season of Westworld. They spent weeks writing code and using 3-D scans of the real Tedroy Newell to build the bot that even freaked out the real Tedroy (photos of them together here), who told The Independent:

“Seeing yourself in robot form is a very, very strange experience. I’m honestly amazed at how realistic they were able to make it look – you can barely tell us apart. Not many people have had the chance to meet their robotic twin.”

The robot Newell asked eerie questions like “What are your thoughts on the impending humanoid robot invasion?” and faked a malfunction that resulted in the glass-breaking incident. Engineered Arts admitted that the bot Newell was controlled by its telepresence system which used its sensors, cameras and microphones to track what the humans said and how they reacted and interacted.

Nothing scary about that, right?

Moving on to the Tama City, Japan, mayoral race …

“For the first time in the world, AI will run in an election. Artificial intelligence will change Tama City. With the birth of an AI-Mayor, we will conduct impartial and balanced politics. We will implement policies for the future with speed, accumulate information and know-how, and lead the next generation.”

Former human mayoral candidate Michihito Matsuda is now a robot avatar candidate. The AI got around the loophole of the city charter banning robots from running for office by using Matsuda as its human face – giving him instructions on designing and distributing campaign posters, developing and presenting a platform (promising to be “fair and balanced” – where have we heard that before?) and convincing the public that a robot overlord would be less wasteful of their tax dollars than a human one.

The election was held this week and the AI and its human avatar collected over 4,000 votes (in a city of 147,000 residents) but finished third behind a banker and a Google executive. Hmm … who (or what) might THEY be under the control of?

Are we creating these new robot scenarios … or are they creating us? 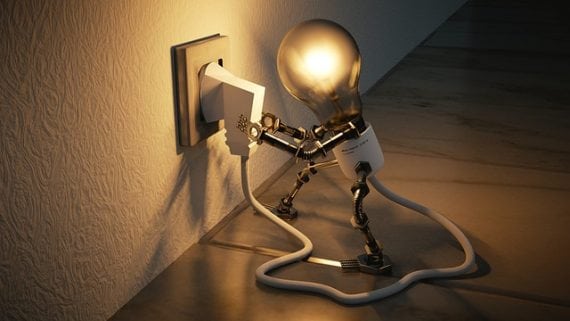 The Serpo and the Apple