The man who put an electric car in space and lands rockets to be reused over and over is at it again. Elon Musk tweeted that he wants to try bringing upper stage rockets – which can’t be landed like lower stage rockets – back to Earth by using large balloons based on “party balloons” that are constantly being mistaken for UFOs. This is either a genius move or a multi-stage prank – both of which Musk is capable of. Which one is it? 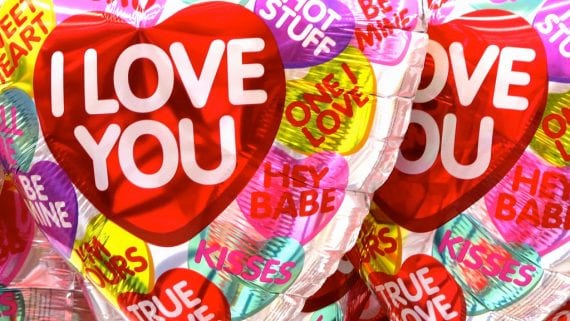 Musk doesn’t give any details on what kind of “party balloon” he has in mind. While the standard bunch of balloons on strings was the inspiration for many cartoon, daredevil and guy-in-a-lawn-chair flights, a mylar or foil balloon would probably be a stronger, better idea. However, real rocket scientists speculate he’s referring to something with a cartoon name but real potential – a ballute. Developed in 1958 by Goodyear (possibly to prove they’re more than just blimp people), the ballute is a cone-shaped combination balloon-and-parachute with an extra halo-shaped balloon circling its widest part to provide stability. While it looks like something a birthday party balloon artist might make, the design is perfect for decelerating objects from supersonic to subsonic speeds.

If that non-poodle balloon shape sounds familiar, it’s been tried before. Small ballutes have been used to slow the fall of bombs dropped from planes, it helped the Gemini space capsules land safely and it appeared in the movie “2010: The Year We Make Contact” (ironically, only the balloon part of that prediction has come true).

SpaceX would not be the first private space company to test this type of giant party balloon for saving rocket components. Armadillo Aerospace used one somewhat successfully in 2012 and the crowd-funded nonprofit (hear that, NASA?) Danish aerospace organization Copenhagen Suborbitals also tested with them. However, SpaceX will probably be the first to use a ballute on an actual mission.

If that’s what Elon Musk is referring to with “giant party balloon.” If it is, it would have to be truly giant to decelerate the upper stage rocket fast enough and early enough to keep it from being damaged by the heat of a fast reentry. In an interview with Universe Today, University of Maryland Aerospace Engineering Professor Dave Akin estimated it would have to be “120 ft. in diameter, and made of a high-temperature fabric, so it’s not going to be all that easy.”

That’s the type of challenge Musk seems to thrive on and the idea of bringing upper stage rockets back to Earth instead of leaving them in orbit with the estimated 29,000 pieces of space junk already there is a noble and practical goal.

Wow – a billionaire who’s both noble and practical … what a concept. But remember, this is Elon Musk we’re talking about, so you never know what to expect … as he proved in a later tweet.