Spy Cameras Are Scanning Your Bodies and Reading Your Emotions

Facebook is so yesterday. A neurophysiologist giving a TED talk unveiled a new spy hardware on her audience that read their emotions during her lecture without any of them ever having to type an emoticon. Big Brother has a Big Sister who promises that this is a good thing. Really?

“It is the end of the poker face. We broadcast our emotions. We will know more about each other than we ever have.”

That prediction/warning comes from Poppy Crum, which would be a great name for a singer. Although she’s in the music business, Poppy Crum is not fronting a band but is instead working behind the microphones and speakers as the chief scientist at Dolby Laboratories, the major developer of sound technologies for consumer electronics companies. However, Crum’s specialty is neurophysiology and in that capacity she’s been outfitting volunteers in electroencephalogram (EEG) caps, heart rate monitors and skin response sensors while watching them with thermal imaging cameras to record their biophysical and emotional responses while watching videos.

"The dynamics of our thermal signature give away changes in how hard our brains are working, how engaged or excited we might be in the conversation we are having, and even whether we're reacting to an image of fire as if it were real. We can actually see people giving off heat on their cheeks just looking at a picture of flame."

At TED2018 held this week in Vancouver, Professor Crum (she’s also an adjunct professor in Stanford’s Department of Music) not only talked about this new surveillance technology … she demonstrated it on her unsuspecting audience. While showing a clip from the 2012 horror film The Woman in Black, tubes hidden near the floor of the theater captured samples of the CO2 in the room and delivered them to a device which measured “high precision the continuous differential concentration of carbon dioxide.” Crum then let the audience watch the measurements in near-real-time (there was a 20 second processing delay). What did they show?

“'You can see where some of us jumped as a deep red cloud. It's our collective suspense creating a spike in CO2.”

This is truly the end of the poker face. No matter how hard you try to freeze or change your facial expressions, your breath can’t lie (sorry all of you breath-controlling Tibetan monks). And that’s just one component. Crum says analyzing the timing of a person’s speech can detect the onset of dementia, diabetes, multiple sclerosis, or bipolar disorder. Brain waves can show a lack of attentiveness, giving product testers, artists and others a true indication of what their product means to a person. Therapists and counselors can look for hidden depression and distress. Daters can go beyond photos and those bios that everyone lies on. 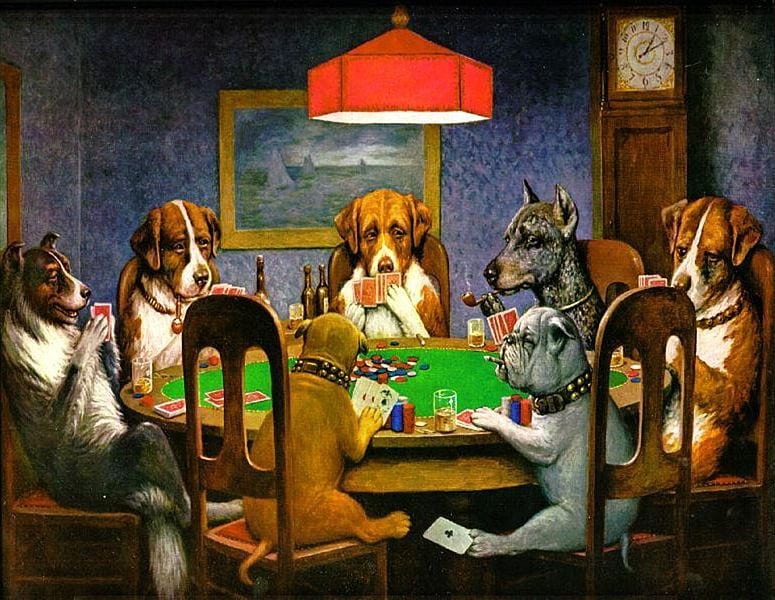 "It is really scary on one level, but on another level it is really powerful. We can bridge the emotional divide. I realize a lot of people are having a hard time with people sharing our data, or knowing something we didn't want to share. I am not looking to create a world where our inner lives are ripped open, but I am looking to create a world where we can care about each other more effectively. It is something people need to realize is here and is going to happen; so let's make it happen in a way we have control over. We will be able to know more about each other than we ever have. Let's use that for the right reasons rather than the wrong ones."

That’s easy to say, but the reality is that her TED talk took place in an active emotion room that monitored its occupants.

What was that saying about closing the barn door?