The Creepy Case of the Silent Twins

Twins have long been surrounded by mysteries and oddness, with bonds that sometimes seem to transcend our understanding of the world as we know it. There is a certain quality about twins that lies just out of the grasp of those of us who have no such sibling, and this is poorly understood, often even by the twins themselves. There have been many cases of twins with unique qualities or stories to tell, and perhaps one of the strangest and spookiest is the tale of two girls who managed to confound and baffle everyone they met with their eccentric ways and enigmatic lives.

On April 11, 1963, the twins June and Jennifer Gibbons were born in Aden, in the Middle East, to parents Gloria and Aubrey Gibbons, who were from the Caribbean nation of Barbados, shortly after which the family immigrated to Haverfordwest, in Wales. The two young girls were faced with severe hardship from the beginning, as they were the only black people in their neighborhood, and so faced consternation, avoidance, and even downright aggressive racism, none of which was helped by the fact that they rarely talked to anyone else but each other and when they did it was in a fast staccato delivery that was practically unintelligible to everyone around them. They were also known for mirroring each other’s behavior and movements, often even finishing the actions that the other started, and would walk everywhere following each other in perfectly synchronized steps. The bullying and harassment they faced due to their race and general air of oddness was reportedly so bad that they would often be sent home from school early.

It was perhaps this stressful environment that contributed to their increasingly rapid withdrawal from the outside world. Their way of talking to each other got even more outlandish, until it was an undecipherable mishmash that not even their own parents understood, a sort of bizarre secret language that only they and their youngest sister Rose could comprehend. They also refused to talk to anyone else but each other and sometimes Rose, ignoring their parents and their other siblings, further isolating themselves and earning them the nickname “The Silent Twins,” and sometimes merely the “Zombies.” Their concerned parents sent them to a string of therapists, but it did no good, and no one could figure out what was wrong with them. Out of exasperation the parents tried sending them to separate boarding schools, thinking that being apart would draw them out of their shells, but this in fact had the opposite effect, causing them to close off into a sort of unresponsive vegetative state or torpor, in which their bodies were “as stiff and heavy as a corpse.”

Upon being reunited, they cheered up but went about their odd ways once again, and began to spend large amounts of time locked away in their room writing rather dark and sinister fictional stories, a hobby which they would continue in later years, with them eventually even writing some novels that were actually published to little fanfare. Another pastime was for them to play with dolls, for which they would construct elaborate fantasy worlds and write biographies for, morbidly including even the specific date and method of death for each doll. During this tense time the two twins also began to exhibit a rather dark side to their relationship, exhibiting signs that they had a decidedly love-hate relationship, sometimes inseparable and at other times fighting so violently that they would throttle, scratch, and strangle each other. In one incident June actually tried to kill Jennifer by drowning her, and they would fearfully write of this in their diaries, with one such entry by Jennifer chillingly reading:

However, these terrifying episodes always soon passed by, and they would be the best of buddies again, jabbering away in their alien tongue, which was later found to actually be a rapid-fire mixture of Barbadian slang and English. During this time, they would speak to no one, and would not even interact with their own parents or other siblings except Rose, accepting their meals or anything else on trays set tentatively outside the room. It was at around this time of self-imposed exile within their room and growing animosity towards each other that they began to get rather unruly. In their teen years the twins started trying alcohol and marijuana committing petty crimes like shoplifting or burglary, but this soon graduated to more serious infractions when they began setting fire to buildings, including a tractor store and a technical college, and engaging in other random acts of vandalism. This would all get them into quite a bit of trouble, culminating in them being detained and sent away at the age of 19 to a psychiatric facility in Berkshire, England called Broadmoor Hospital, which was controversial considering its reputation as a maximum security facility for the criminally insane, and where things would get even weirder still.

As soon as they arrived the twins had experts stumped. No one had ever seen anything quite like it. They were completely unresponsive and lethargic, and would go absolutely nuts if anyone tried to separate them. Not long after they arrived June went into a catatonic state and tried to commit suicide, and Jennifer angrily lashed out at a nurse in an animalistic rage. Even when they did finally try to try to communicate with staff their speech was still a stream of outlandish gibberish.

During their time here there were many anomalies with the twins. Sometimes they would take turns eating, which is to say that one would gorge herself as the other one eschewed any food at all, whereupon they would switch for the other to starve as one ate their fill. More spookily still, although they were put into separate cells in completely different areas, nurses and doctors would often enter their cells to find them frozen into poses, sometimes very distinctive or bizarre ones, that were exactly the same even though they had had no contact with each other. They also showed an unerring, almost uncanny ability to know what the other was doing or feeling at any given time.

This would go on for 12 years, during which time they apparently became convinced that they were never going to have a normal life unless one of them ultimately died. It was during their time at the Broadmoor Hospital that they would catch the attention of London Sunday Times reporter Marjorie Wallace, who would spend a good amount of time forming a bond with the girls and investigating their case, as well as bringing the strange story to public awareness. After countless interviews and combing through their diaries and writings, Wallace would claim that the two girls felt that they needed to sever their strange bond in order to be free. To this end they would allegedly make a pact in which one of them would sacrifice herself so that the other one would become unfettered from their psychic link, abnormal behavior, and never-ending cycle of loving and loathing each other. 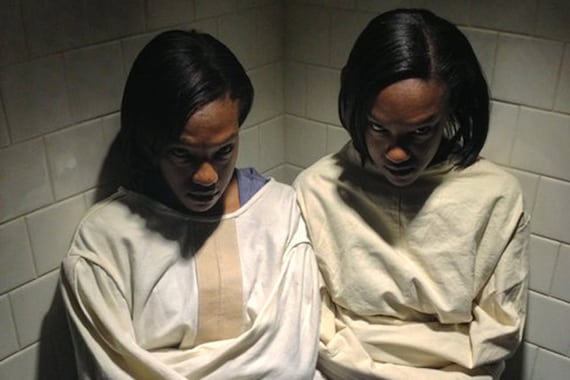 In 1993, on the very day that the two were to be transferred to a lower security facility called the Caswell Clinic, in Bridgend, Wales, Wallace claims that Jennifer approached her and prophetically told her, “I’m going to have to die. We’ve decided.” The whole ride to the new location saw Jennifer in a sort of trance, and shortly after that they were transferred she suddenly crumpled to the floor for no apparent reason. Despite all efforts to save her life, Jennifer Gibbons laid her head down in her sister’s lap and died at the age of 31. June would later claim that her sister’s last words to her had been, “At long last, we’re out.”

Although it was determined that Jennifer had died of a sudden inflammation of the heart called acute myocarditis, it has always remained elusive and nobody could quite figure out how this had happened, as she was young and in good health, with no history of heart issues, and their were found to be no drugs, alcohol, or any sort of poison in her system. June would say of the death, “I’m free at last, liberated, and at last Jennifer has given up her life for me.” To this day the death remains a mystery, and Wallace has said of it and June’s adjustment to it thus:

I've spent many years now wondering about the mystery of Jennifer's death. Now, I don't think there is really an explanation for that except Jennifer willing herself to die. After I learned about Jennifer's death - it was about two or three days later - I went down to visit June. And I found her surprisingly intact, really, and very prepared to talk. She spoke very clearly about the conflict between her terrible grief at losing the person closest in her life and her - the freedom that Jennifer had given her. And she just said, when Marjorie said, would you go to Haverfordwest and would you fly a banner over Haverfordwest and say that June is fit and well and at last come into her own? So there she was a few days later, both grieving and mourning, and at the same time, saying Jennifer gave up her life for me and now I have to go on and live for the both of us. 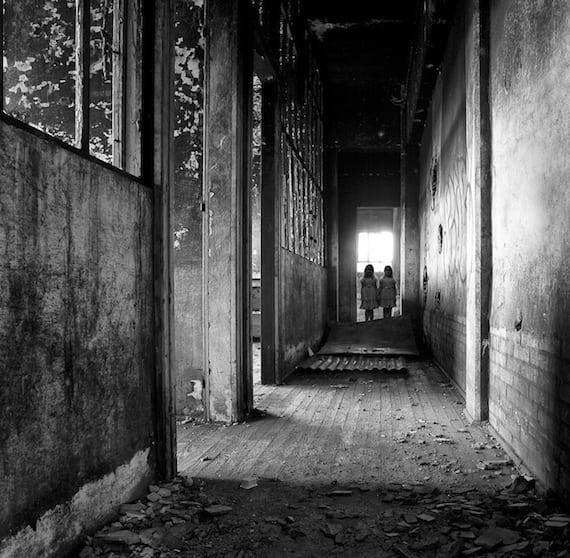 In the days after her sister’s mysterious death June Gibbons indeed did began to show a change. She began to speak normally and would speak with others, conversing even. She would be freed of psychiatric care and go on to become a normal member of society, and pursued her writing career, although it never really took off. Her family would also remain bitter over their incarceration in such a scary and intense facility as Broadmoor, saying that it had ruined their lives and led to Jennifer’s death. June now leads a quite life in Wales. As for Jennifer, she is buried under a headstone that holds the haunting message:

We once were two
We two made one
We no more two
Through life be one
Rest in peace.

The story of June and Jennifer Gibbons is as tragic as it is odd. What sort of relationship was this and what did they share in the secluded world they crafted for themselves? What was the nature of their tumultuous relationship, which fluctuated wildly between deep love and oneness and hatred and spite? What did they share in those moments closed off from the rest of the world? What caused Jennifer's death and did it truly set June free? The bond between twins can be a strange and complex thing, and here with the Silent Twins we have one of the stranger cases there is, with answers we will likely never know the answers to.

There’s Sperm Traveling Through Space and It Belongs to NASA