The Strange Saga of Edward Teller and Area 51

Taking into consideration the fact that the saga of Bob Lazar is coming up to its 30th anniversary, I thought I would turn my thoughts into a 3-part feature (here's part-1 and here's part-2). The third and final part revolves around none other than an encounter that Lazar had in the early eighties with a world-famous scientist. It was in 1982 that the Los Alamos Monitor newspaper ran an article on Lazar, which revealed (a) Lazar's love of jet-cars and (b) his then-employment at the Los Alamos Meson Physics Facility. Today, it’s the Los Alamos Neutron Science Center.

Just a couple of months after the Los Alamos Monitor ran its feature on Lazar, the man of the hour had a brief encounter with one of the most legendary figures in the world of physics, and someone who became known as “the father of the hydrogen bomb.” That man was Edward Teller. When Teller died in 2003 at the age of ninety-five, the U.K.’s Telegraph newspaper noted the following: “A man of enormous intellect, and one of the most controversial scientific figures of the 20th century, Teller made important contributions to the field of quantum mechanics and physical chemistry as well as nuclear physics; but it was as an ardent ‘Cold War Warrior’ that he entered the popular mind.”

On the day on which the two men met, Lazar sat in on a lecture that Teller gave at Los Alamos. It was not so much Teller’s lecture that amazed Lazar. Rather, it was the fact that when Lazar was hanging around at the entrance to the facility, there was Teller, sitting on a wall and reading the very article that the Los Alamos Monitor had written on Lazar – which just happened to be a front-page article. Lazar instantly recognized what it was that Teller was so fixated on. So, Lazar decided to make the plunge: he walked over to Teller and told him who he was – namely, the person profiled in the article because of his jet-car achievements. Teller found it all very interesting. The two talked for a while about their respective work, after which Teller headed off inside to deliver his presentation. Six years later, the paths of Lazar and Teller crossed again. It would lead Lazar into the world of Area 51, UFOs and aliens. Or, into a world of disinformation and mind-manipulation.

In 1988, Lazar had a very different job to all of those which came before him. He was living and working in Sin City itself, Las Vegas, where he ran a photo-processing store. It was a job and it paid the bills. It was not, however, the dream job that Lazar wanted. That dream, however, would soon come true. But, it may have also become a definitive nightmare. Lazar decided to send out a resume to just about anyone and everyone he had worked with, met, and knew. One of those – no surprise - was Edward Teller. It’s also not surprising that Teller remembered all too well the man with the liquid propane car that could zoom across the landscape at around two hundred miles per hour. Teller also remembered that Lazar had a background in physics. More importantly, Teller was someone who had power, influence, the ability to open doors, and an ability to have access to some of the U.S. Government’s most prized and guarded secrets. Almost certainly, Teller played a role in what happened next: namely, that Lazar soon found himself at Area 51. 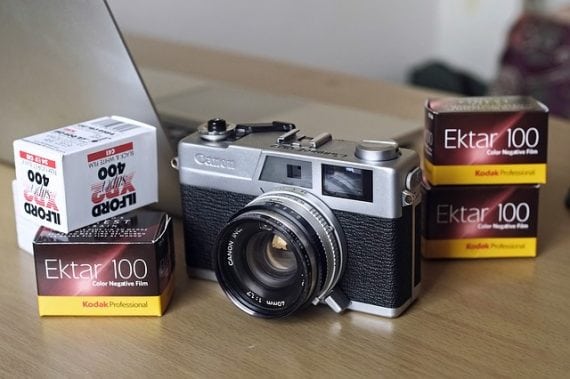 When Lazar went public with his story of working on alien spaceships at Area 51, he mentioned the Teller connection. It caused more than a few ripples. It's curious that Teller didn't  back – maybe even with a lawsuit. This scenario makes even more sense, because Lazar didn’t just keep the Teller story to himself. This would have given Teller even more reason – and ammunition – to attack Lazar, verbally and from a legal perspective too. But, Teller did not dispatch a team of high-powered and high-paid attorneys to hammer Lazar into the ground. No. Teller did something very different. Teller made a statement that was so couched in careful terms that it almost became laughable. In fact, it sounds like the carefully chosen words that a lawyer would advise his or her client to use. Teller said, and I quote exactly: “I probably met him. I might have said to somebody I met him and I liked him, after I met him, and if I liked him. But, I don’t remember him.”

All of this sounds very much like Teller wanting the story to go away, and to go away as quickly as conceivably possible, and in a way that didn’t implicate him in any fashion at all. That Teller claimed not to have remembered Lazar is at significant odds with his, Teller’s, recall of Lazar in 1988 – six years after the pair had a person-to-person chat about Lazar’s passion for super-fast jet-cars. Teller clearly remembered that short chat more than half a decade after it happened. But, no time after the Teller angle became public information in 1989, Teller’s memory is suddenly hazy. Very hazy. Or, as today’s politicians are so keen to say under awkward circumstances, “I don’t recall.” Teller hemmed and hawed in what was an embarrassingly awkward fashion.

Did Teller know of the program which saw Lazar manipulated and mind-controlled to ultimately and unknowingly promote a bogus tale of UFOs at Area 51? Whatever the answer, there seems to be little doubt that when the story went public, Teller did just about everything he could to distance himself from Bob Lazar.

Human Beings Are On the Verge of Finally Developing Telepathy