The U.K.’s Bigfoot: A Monster-Sized Problem

Right now, over at the Fortean Times Appreciation page at Facebook, there is a lively debate taking place on the matter of what has become known as the "British Bigfoot." Within Fortean circles in the U.K. there are two dominating theories when it comes to the matter of what the U.K.'s Bigfoot really is (or isn't!). There are those who think the whole thing is complete and utter nonsense. And, there are those who believe that the U.K. really does have entire groups of Bigfoot lurking in the forests and woods of the U.K. Both groups are wrong: the truth is much stranger. As you'll now see. 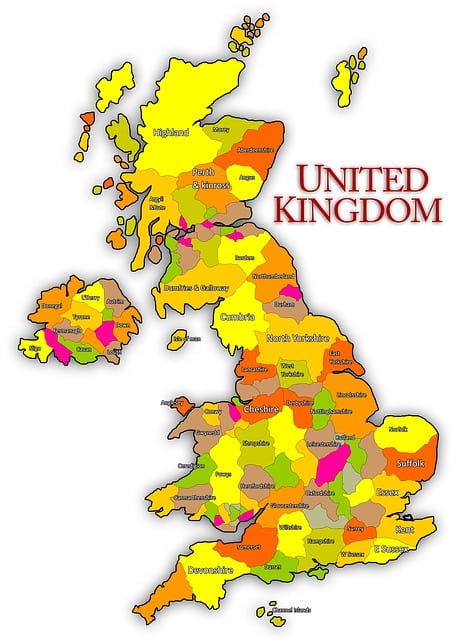 The matter of Bigfoot in the U.K. has interested me since I was a teenager. Indeed, one of the very first investigations of the cryptozoological kind that I got into revolved around a case of a Bigfoot-type beast in central England. This was back in the 1980s. The case in question was a simple one for me to investigate, as the reports surfaced from an area that was only about a thirty-minute drive from where I lived at the time. The story dates way back to January 21, 1879. That was when a man crossing Bridge 39 of the Shropshire Union Canal had a brief, late-night encounter with a hair-covered, humanoid entity. It scared the life out of the man - and out of his horse too. The shining-eyed creature became known locally as the "Man-Monkey." Reports still surface to this day.

Bigfoot? Well.. there's a problem. One of the weirdest aspects of the story of the Man-Monkey is that when the terrified man tried to hit the beast with his horsewhip, it went straight through the "animal." That's right: the Man-Monkey was definitively spectral in nature. It's important to note that the Man-Monkey is not alone: just about every Bigfoot-type account that has surfaced in the U.K. has at least one supernatural aspect attached to it.

In the latter part of 2002, sightings began of a huge, hulking Bigfoot-like animal at Bolam Lake, Northumberland, England. Just like the Man-Monkey of more than a century earlier, the Bolam beast was not what it appeared to be. In early 2003, members of the local Twilight Worlds research group encountered the monster, but said that it was one-dimensional, like  a"living shadow." Moving on, there's the Shug-Monkey of Suffolk, England. It too falls into the Bigfoot category. But, yet again, there are certain anomalies - and one in particular. It's hardly insignificant to note that many of the sightings of the Shug-Monkey have occurred in the depths of Rendlesham Forest. Those of you with an interest in the UFO phenomenon will know that Rendlesham Forest was the site of the U.K.'s most famous UFO case of all. How curious that one strange anomaly should cross paths with another - and in such a specific place.

The U.K.'s heavily wooded Cannock Chase has been the site of numerous Bigfoot reports. But, there is something extremely odd about the Cannock Chase monster, too. But, you knew that was coming, right? Most of the Bigfoot reports from the Chase come from the site of what is known as Castle Ring. It's an Iron Age hill-fort and stands around 800 feet above sea level. Today, all that is left is a large, circular depression where the ancient fort once stood. Sightings of Bigfoot are not reported from all across the Cannock Chase. But, they do proliferate at the site of that old, Iron Age structure.

And what are we to make of the spectral ape of Dundonald Castle, Scotland? Situated atop a large hill that overlooks northern Kilmarnock, the castle’s origins can be traced back to the 1100s, when one Walter, the High Steward of King David I, constructed a wooden fort high on the hill. Then, a century later, a far more formidable and sturdy structure was built, and Dundonald Castle steadily began to take shape. During the Wars of Independence with England in the fourteenth century, much of the castle was decimated, and razed to the ground. It was, however, rebuilt according to the wishes of King Robert II, and still remains standing centuries later. 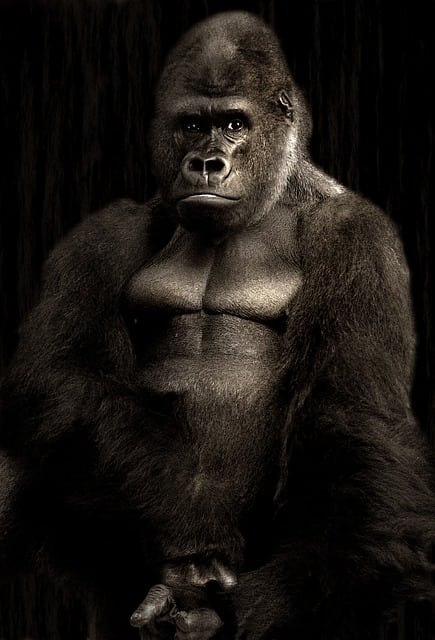 But that is not all. A remarkable and terrifying encounter with a spectral ape took place near the castle in 1994. The witness was a woman named Josephine Aldridge. She encountered a huge, gorilla-like animal on the hill that, after being in sight for a few moments, faded away into nothingness - just like so many other U.K. Bigfoot.

Then, there is the matter of where such beasts might live. The U.K. is hardly huge. But, it has a population of around 65 million. And, yes it has some substantial woods and forests. But, certainly nothing at all like one might find in the likes of Washington State, USA - from where so many Bigfoot reports surface. So, where do the U.K. Bigfoot live? Why aren't countless numbers of those 65 million people seeing them all over the place? How are they able to elude us with a 100 percent success rate? Why don't they ever get hit by cars or trucks? Deer are, unfortunately, hit and killed by vehicles all the time in the U.K. Growing up near the Cannock Chase, I can attest to that - again, unfortunately. So, why not Bigfoot? And why not even just once? What are the creatures feeding on? Where is the evidence of that same feeding? Nowhere, that's where!

Now, I don't want you to think that I am a U.K. Bigfoot skeptic. I'm not, at all. But, the idea that there are groups of giant apes from the bottom of England to the top of Scotland is ridiculous. Everything about the phenomenon of the monster of the U.K. is weird. It vanishes from view - as in literally. It is seen around sites known for significant paranormal activity. It is sometimes physical and on other occasions it's spectral. It hangs out in the direct vicinity of ancient structures. There is zero evidence of its eating habits. As for their "dens," again there is nothing.

The skeptics would say (and do say) that there is no way that Bigfoot can live in the U.K. And I agree with that. At least, I agree with it when it comes to the flesh-and-blood theory. As for those who champion the idea that a physical Bigfoot exists in the U.K., they have failed to provide any kind of hard evidence that physical, hairy giants exist in the U.K. But, people are definitely seeing something - very credible people, too. Thought-forms? Possibly. The ghosts of long dead creatures? Doubtful, as there is no evidence that anything even remotely resembling a Bigfoot or a gorilla has ever existed in the U.K. - even in the distant past.