Rich Reynolds has a new post at his UFO Conjectures blog titled "Ufologists vs Paranormalists." Rich begins as follows: "I’ve written about the drive of some in the UFO community to insert UFOs among the weird litany that encompasses the paranormal category, all things outside the normal scheme of things: ghosts, Big Footed creatures, 'sea monsters,' men who dress in black, mystical visions (of angels, Holy Mary, saints, and sinners), et cetera." Rich adds: "...the persistent attempts to lump UFOs among the queer phenomena that pops up in situ to a few humans have to be thwarted by real UFO aficionados. UFOs are a phenomenon worthy of its own, singular attention, not a mystery to be hawked like a carnival ride or sideshow." You can find Rich's article at this link.

Me and Rich are good mates, but we certainly don't agree on everything - and his new article is a perfect example of that! It's important - as I see it anyway - to note that Rich's interest in UFOs dates back decades. We're talking about the period in time when UFOs were known as Flying Saucers, and when the aliens referred to us as "earthlings" and as the "people of planet Earth" (or was that just in old B&W sci-fi movies? Maybe...). We're also talking about times when thieving aliens stole soil by the bucketful, when strange tripod-landing marks were found in the fields of irate farmers, and when long-haired, know-it-all aliens tried to save us from atomic destruction. But, those days are - largely - gone. Today's Ufology, in many respects, is very different. And much stranger. Which brings us back to Rich. 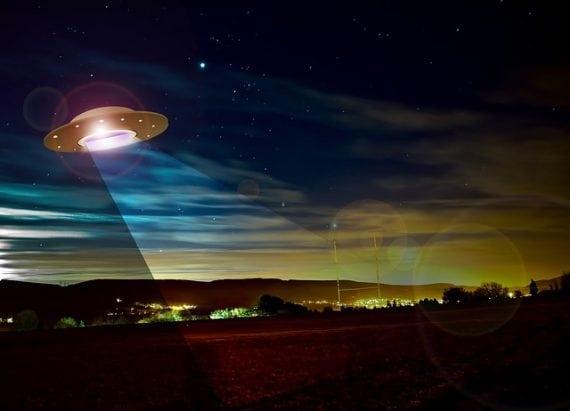 As I have always said, the most important people in the field of Ufology are the witnesses. Not the radio-hosts, not the bloggers, not the authors, and not the researchers. Without witness testimony, we have very little to go on, in terms of what the UFO phenomenon is or might be, and what it's up to. And, like it or like it not, there are far more than a few cases on record which do suggest a connection between the UFO issue and what we might call paranormal phenomena. To ignore the weird shit side of Ufology is, in essence, self-censorship. Of course, there is nothing new about this paranormal connection. Check, out - as just one example of many - John Keel's 1970 book, UFOs: Operation Trojan Horse. Keel made it very clear that there are crossovers between Ufology and other supernatural phenomena.

Rich refers to "men who dress in black." Rich may not like it (in fact, I'm sure he doesn't) but the vast majority of all MIB encounters have nothing to do with visits from the likes of "government agents." Things would be much simpler if they were from the NSA, the CIA or the FBI! The real MIB are often pale and cadaverous. They don't seem to be fully self-aware. There are reports of UFO witnesses falling sick after encountering the MIB - sometimes seriously so, too. Other witnesses tell of violent poltergeist activity in the home, after the MIB have left. People feel mind-controlled and hypnotized by the Men in Black. 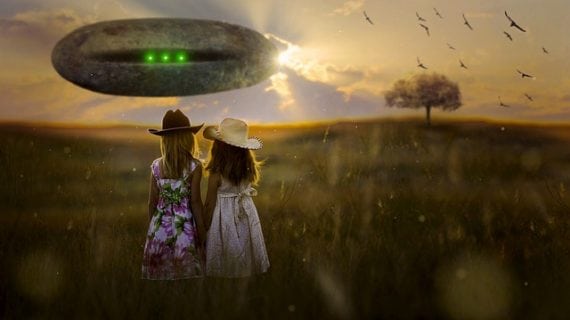 Rich also makes mention of "Big Footed creatures." Yes, the Bigfoot-UFO phenomenon is without any doubt at all a highly controversial one. Indeed, I know for sure that the vast majority of Bigfoot seekers in the field of Cryptozoology absolutely cringe when the "Sasquatch and Saucers" issue rears its problematic head. But, the truth of the matter is that there are a lot of Bigfoot/UFO cases on record. Stan Gordon wrote an entire book on the subject: Silent Invasion. It's essential reading for those who want to learn more about the paranormal links to the Bigfoot issue.

I could go on and on (and I will for a while): there are cases in which alien abductees have seen dead friends and relatives on-board UFOs. Abductees talk of their soul or life-force being ripped from their bodies. Strange synchronicities abound in Ufology. It's possible to interact with entities that many perceive as alien via the likes of DMT. There is no need for our strange visitors to land on the lawns of the White House: they have far weirder ways of interacting with us at a personal level. Disturbing cases of paranormal "possession" have been reported by UFO witnesses. All of this is far removed from what I think Rich prefers Ufology to be - which is, I suspect, the days when the likes of Donald Keyhoe, Ed Ruppelt, Harold T. Wilkins, and APRO were flying high. Back then, it was all nuts-and-bolts spaceships (rocket-ships, even). Not now, though.

But, like I said, the witnesses are the people  who we need to listen to, as they are the ones who had the experiences. And even though it might not sit well with many, the reality of the situation is that there really is far more to Ufology than just us "earthlings" being visited by an extraterrestrial equivalent of NASA. The situation is way, way weirder.

The Color of Antimatter and the Origin of the Physical Universe